This savory Instant Pot® beef vegetable soup is so simple to make! 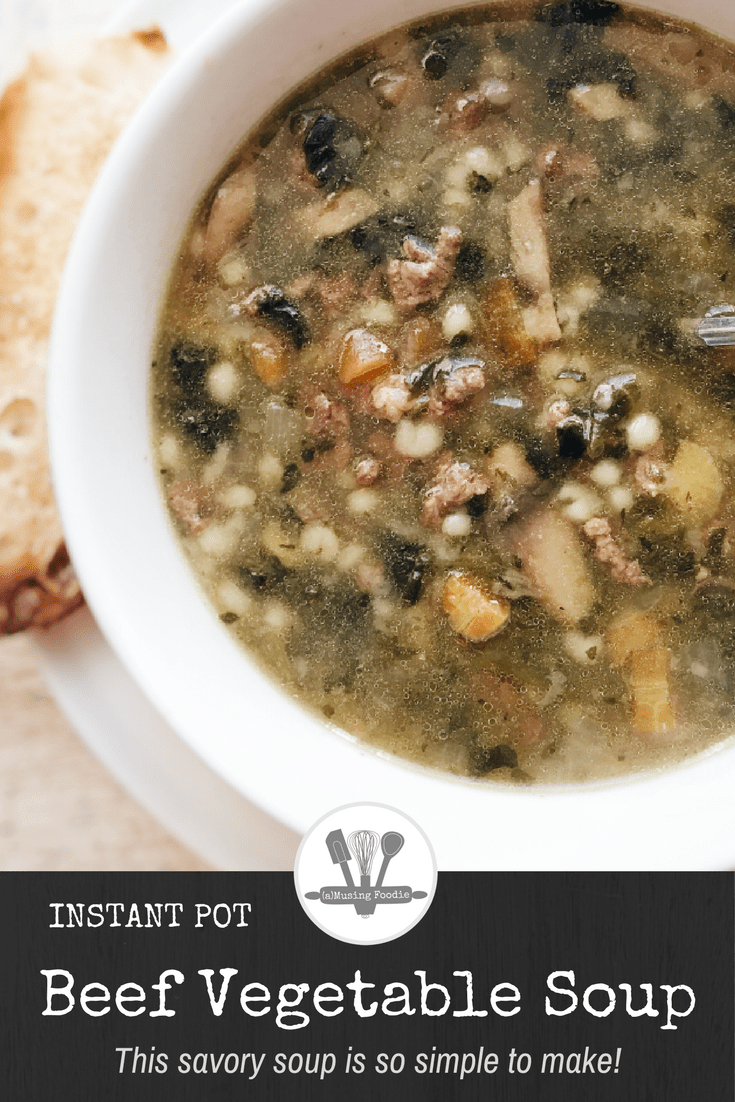 You’d think by the number of recent Instant Pot recipes that I’ve become a little obsessed with the thing.

The truth is, I haven’t reached obsession-level yet, but I have found it to be way more useful than I thought it would—even without having used some of the settings yet (um…homemade yogurt, anyone?).

I’d say I use the Instant Pot (mine’s a 7-quart) on a weekly basis these days, for everything from chili to stew to soup to stock.

That’s even more frequently than I used my slow cooker or my Dutch oven.

I’d say it’s because the cooking time is cut down so much; but, interestingly, the Instant Pot isn’t as speedy of a cooking process as I’d originally anticipated from all the chatter.

Certain recipes (i.e., beef stew) take a little pre-work by using the sauté feature to sear and brown the meat before moving to the actual pressure cooker functionality.

And, speaking of pressure cooking functionality, that timing’s a bit deceiving, too.

The actual cook time might only be twenty minutes. But…

It can also take twenty minutes (or more, depending on the amount of liquid in your pot) to come to pressure before the cooking timer begins its countdown.

In other words, what you think is a thirty minute meal may actually take close to an hour.

That said, what makes the Instant Pot so valuable is the simplification of process and the deep, deep flavors you can reach without having cooked something all day.

It builds layers of flavor like a slow cooker, and preserves a better texture than some long-term slow cooked meats (fall apart tender vs. mushy).

Instant Pot beef vegetable soup is a simple recipe that I threw together one weekend evening after surveying the contents of my fridge, vegetable bin and pantry.

The only thing that I didn’t have was small pasta like acini de pepe, pastina or ditalini.

I did, however, have some Israeli couscous and thought that could work instead.

It was tasty, but turned a little thick, as if it had added gluten that acted more like a thickener during the cooking process than typical pasta does. I’d go for a standard small pasta next time. 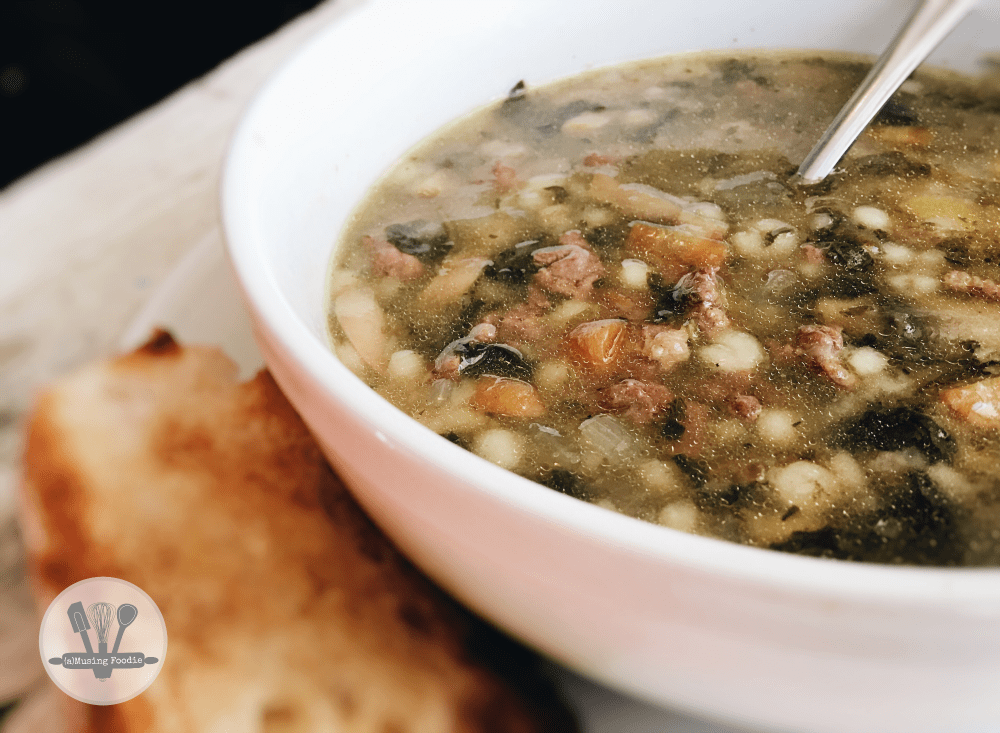 Regardless, the flavors. OMG. So rich and yummy.