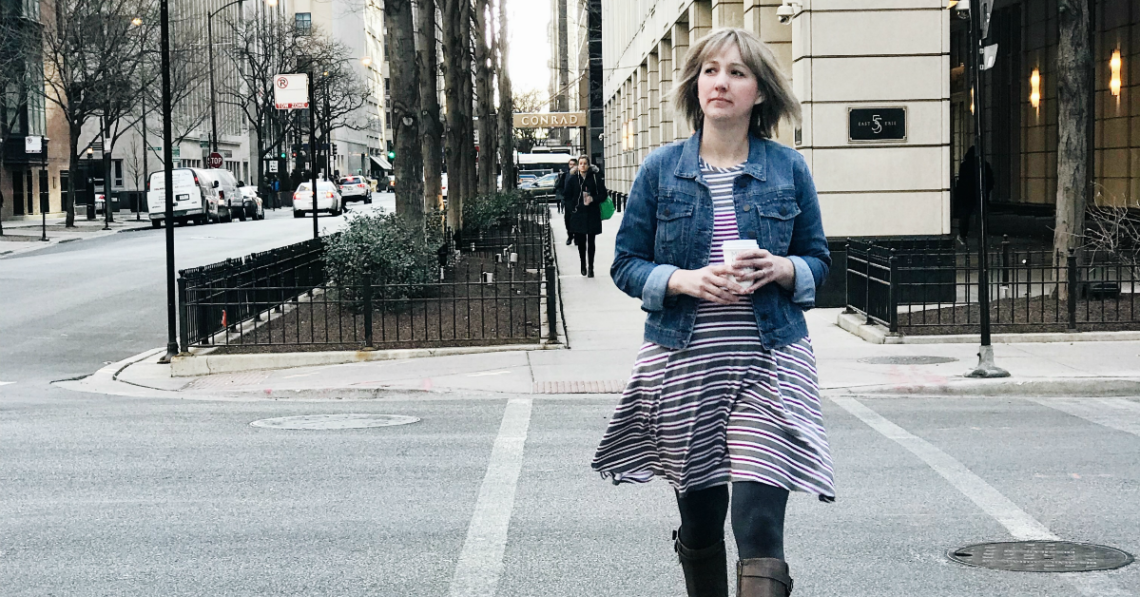 People have visited (a)Musing Foodie since 2010 to find tasty, simple, crowd-pleasing recipes that the whole family enjoys. The blog began on a whim, as a way for me to start (and continue) conversations about being a foodie with like-minded people.

Over the years that point of view has grown and changed, and the blog’s focus has expanded to include fashion, pop culture and lifestyle quips (with a Gen X lens) alongside the standard recipe fare.

My love of East Coast cities and other urban destinations often finds its way into the blog by way of the ongoing quest for killer “cheap eats” haunts, and my writing has followed our journey from growing up and living in the D.C. / Baltimore ‘burbs to our most recent move to central Illinois.

I’ve learned a lot about food and cooking along the way — good and bad — and I’m passionate about being an advocate for foodie folks doing all the right things, especially local farmers.

And while I love to see the “certified organic” label on a farm, I’m also keenly aware that many small operations are organically-farmed even if they can’t afford for the official certification. Get to know your farmers!

You’ll sometimes see me talk about my sister, Josie, the deputy park manager at The Battery in NYC. I find the farming work she’s done over the years fascinating, including building Truffula Seed Produce in 2010 and starting the Community Farm at Sandy Spring Friends School with her husband Shawn (who now works at Grow NYC) a few years later.

Between them and my parents, who live on a homestead property, raising egg-laying chickens and growing organic produce in central Maryland, I love spreading the news about the farm-to-table movement, and my own forays into gardening. Spoiler alert: I don’t have much of a green thumb, but I try!

Email hello@amusingfoodie.com if you’re interested in opportunities to work with me.