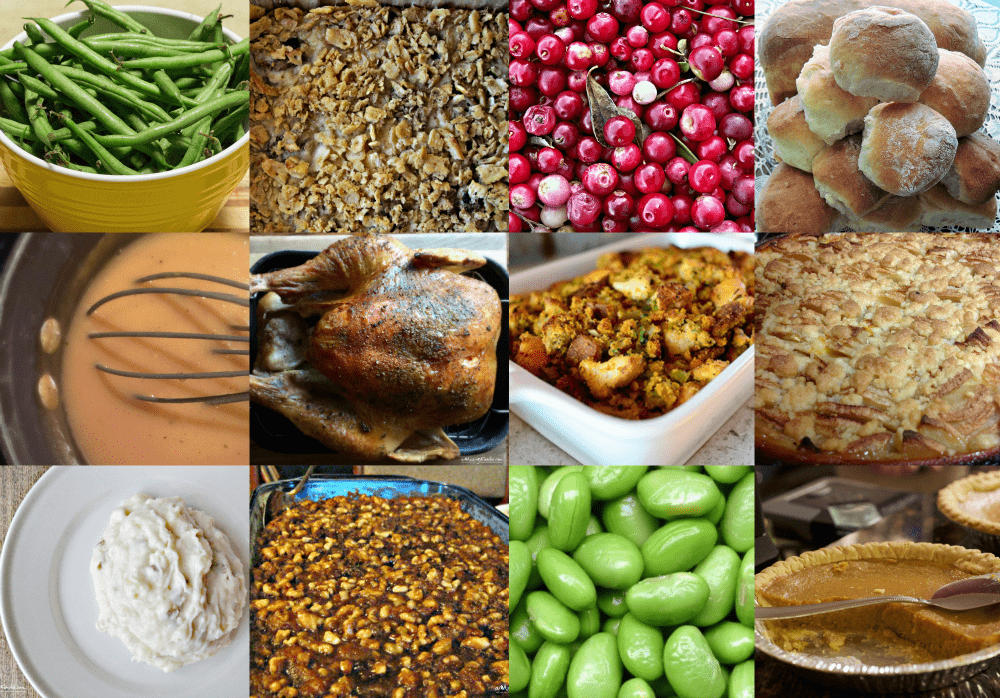 We’ve gotten into the habit of splitting up the celebration (or extending it) because it’s becoming harder and harder to coordinate our ever-growing extended families.

This is a good thing! We’re all marrying and partnering with people whose families we actually want to hang out with on the holidays, whether near or far.

First Thanksgiving will happen at our house, and includes my parents, my in-laws, and the four of us. Also arriving on Thanksgiving, but maybe not in time for the meal, is my second cousin and his wife—traveling up to Maryland from North Carolina.

Second Thanksgiving will happen the Saturday following Thanksgiving, at my parents’ house about 200 feet away from ours. It’ll include the four of us, my parents, my sister and brother-in-law from Brooklyn, my second cousin and his wife from North Carolina, and my second cousin once removed (I think) and his girlfriend from Charlottesville—they all stay on our property, either in the farmhouse, the cabin, or the cottage.

Similar things happen around Christmas, but we’ll save that for another post.

Most of my cooking will happen for First Thanksgiving. I am making a vegetarian dressing and a ginger cake (tweaked to be gluten free) for Second Thanksgiving, but the brunt of the cooking is falling on my mom and my sister. 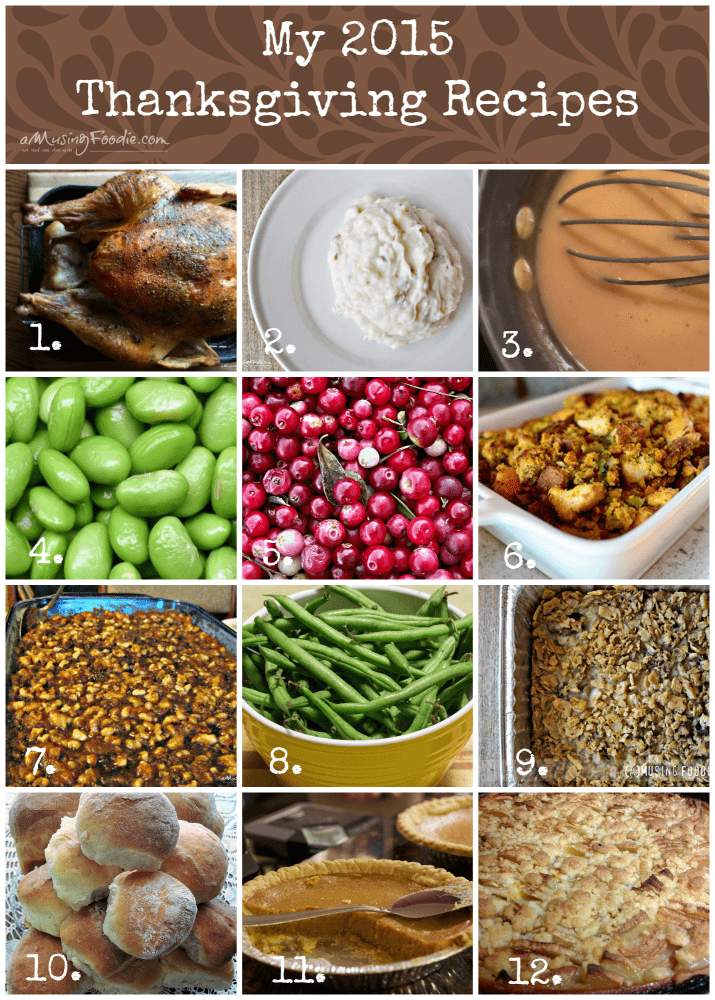 This year’s menu contains a few tried and true favorites, along with several new recipes I’ve had my eye on this year.

Last year I tried Bobby Flay’s roast turkey. It was amazing, but after watching Ree Drummond make her Roasted Thanksgiving Turkey a time or ten on Food Network, I decided to give her version a try—with a little variation.

I’m not brining my turkey. There, I said it. I have nothing against brining a turkey; I didn’t think of it in time. Annnnnnnd I might also be a little lazy in the prep department. Another difference? I’m going to stuff my bird with onions, fresh parsley, and apple wedges (apples are something new!). It’s hard for me to slip fowl in the oven without aromatics nestled in the cavity!

Otherwise, the cooking style—all the same. I love how she forewarns that after phase one, the turkey will still be pale.

EDITED TO ADD: THE TURKEY WAS AMAZING!!!

It’s my regular, simple mashed potatoes recipe. I’ll make them the morning of, and then shovel them into a buttered casserole dish to be warmed up later as dinner time approaches.

Ditto the regular, simple mashed potatoes recipe. This, too, is my normal easy homemade gravy recipe. No need to change up a perfect classic!

Last year I was absolutely astounded by how simple homemade cranberry sauce is to make, and having loved this recipe SO much, I figured I’d make it again for this Thanksgiving, too.

PS: We may be using some of it in a Thanksgiving cocktail on Saturday…

Last year I made her cornbread dressing (and the cornbread, too). This year I’m trying Pioneer Woman’s Thanksgiving Dressing/Stuffing—in my case, dressing. I’m not stuffing my bird with it, because a) It doesn’t cook as good, and b) My turkey will be filled with aromatics, remember?

EDITED TO ADD: I really wanted to try Alton’s technique of putting the cooked dressing into the bird’s cavity after it’s done cooking, while it’s sitting out resting. Except…aromatics. Sigh. My mother, on the other hand, did do it with her turkey and it worked beautifully!

It’s the recipe that my grandmother made every. single. Thanksgiving. No marshmallows, lots of brown sugar, and crunchy pecans. Dee-licious.

Green beans that were blanched and frozen from my mother’s garden. Steamed up and served with butter. Simple. Yummy.

I’ve made this simple oyster casserole for Thanksgiving for over a decade now, and it’s a favorite on both sides of our family. The hardest part about pulling it together is making sure the grocery store (or local fish market) has pints of oysters in stock, at a reasonable price!

Nothing fancy here. Just a package of heat and serve rolls from our grocery store. Moving along…

Our realtor, Lauren Olsen, gives her clients a choice of three Thanksgiving pies each year, baked by a local church. Like, as a gift! For us! Last year I chose cherry, but this year I picked pumpkin. One less thing to bake! Love this. 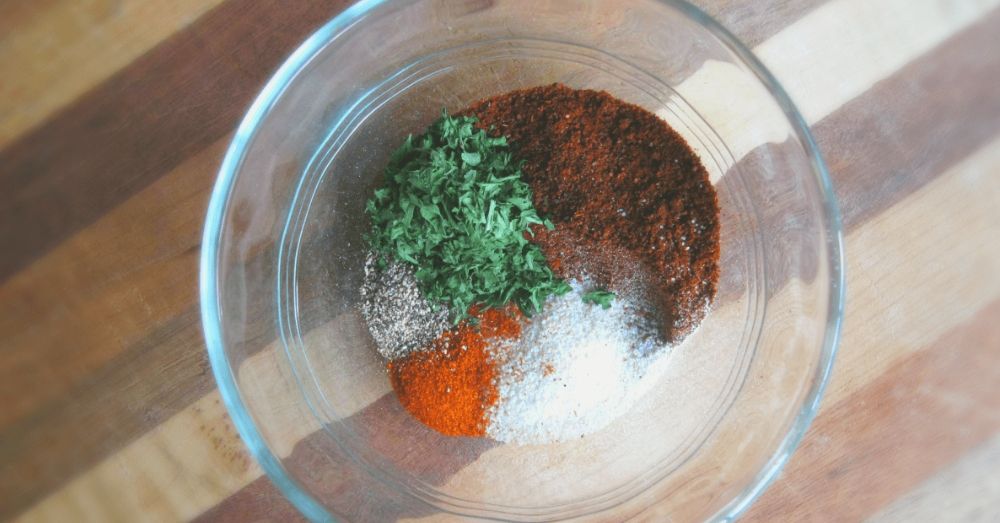 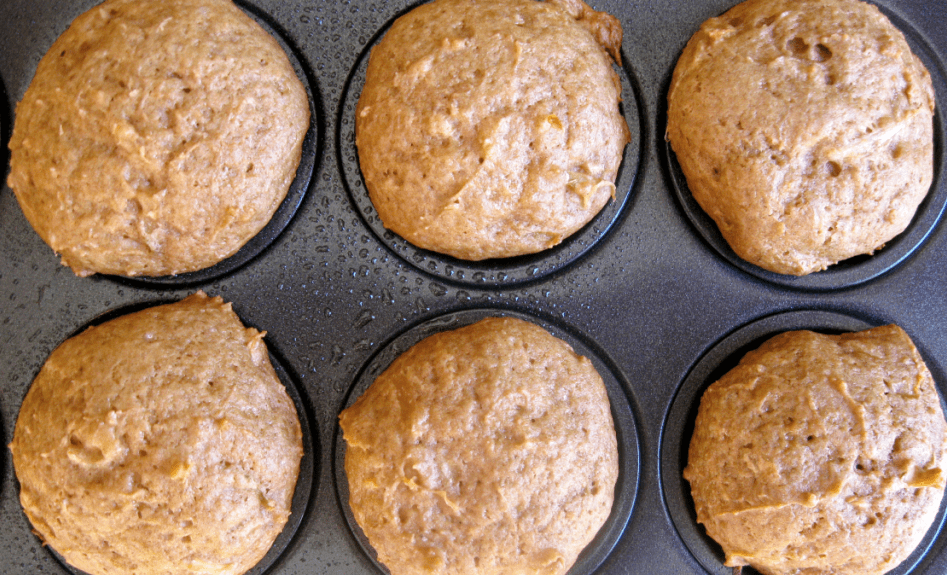 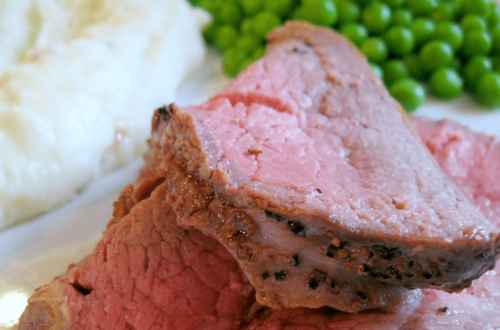