These cobbler bites are a mini version of my traditional cobbler recipe—YUM! 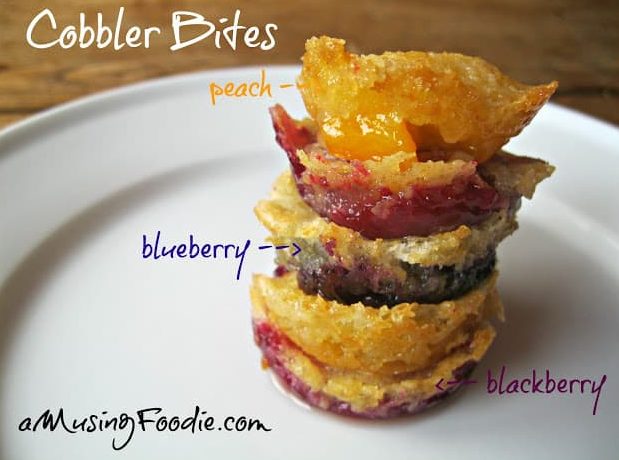 Occasionally I have flashes of foodie brilliance.

The other day I had an assortment of leftover fruits, including a half-pint of blueberries that were about twelve hours from molding—just on the brink.

Like, go to sleep and the blueberries are fine, wake up in the morning and they’re moldy.

Don’t you hate that?

And, so with a “girls’ night in” later that evening I came up with the brilliant (there’s that word again) idea of making cobbler bites.

I thought so too.

But … there was a problem.

An annoying problem that the not-so-patient-that’s-why-I-don’t-bake “non-baker” in me noticed while prying the lovelies out of the mini-muffin pan.

If I took my time, the cobbler bites did release—but, boy, were they sticky.

Not necessarily something you’d even want to pick up with your fingers.

I might play around with the recipe to see if I can make it work, but probably not. Heh.

The flavor in the bites, however, was as authentic as my classic cobbler recipe, which is what I used to base the miniatures off.

Minor adjustments that are simple as can be!

How to Make Cobbler Bites 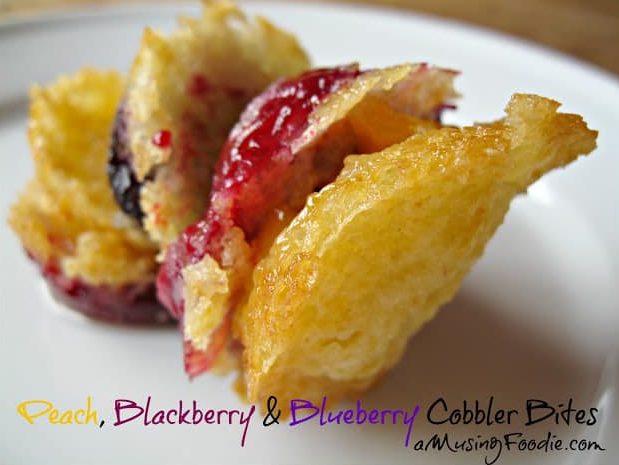 Add a quarter cup of granulated sugar to one peeled and cubed peach, a half-pint of blackberries, and a half-pint blueberries, in separate bowls. Allow the fruit to macerate while you finish the rest of the prep work.

Set the mini-muffin pans in the oven while it preheats to 350°F.

This is really, really simple. Just use a mixing bowl and a whisk.

Add the batter one tablespoon at a time into each mini-muffin spot, once the oven has preheated and the butter is melted—do not stir.

Add one blackberry, two little peach cubes, or two blueberries to each mini-muffin spot—again, do not stir.

Bake the cobbler bites for twenty-five to thirty minutes, or until the tops are golden and the juices are bubbly.

Let the cobbler bites cool completely before using a spoon to remove them from the pan. 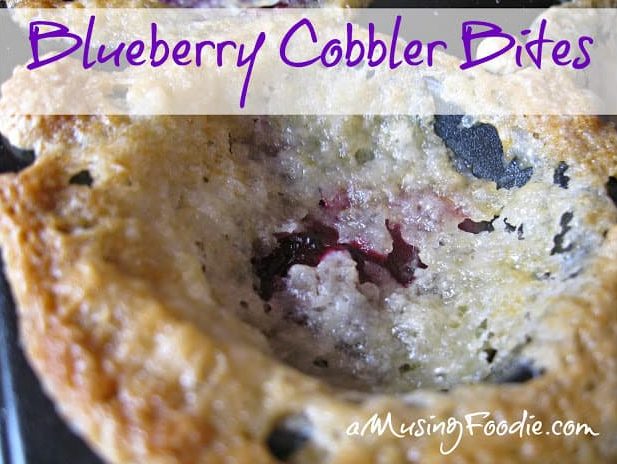 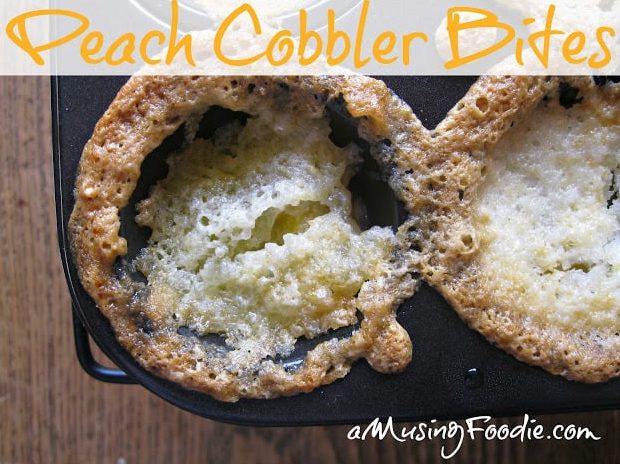 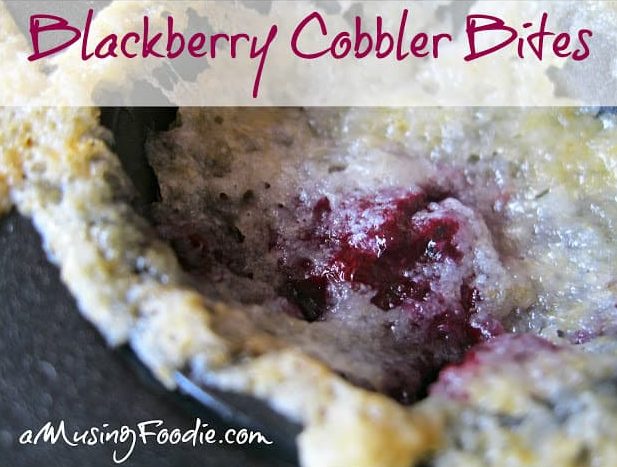 And as it turns out, I had enough leftover macerated fruit in each bowl to combine and whip up a classic Peach Blackberry Cobbler.

So there’s that. Yum! 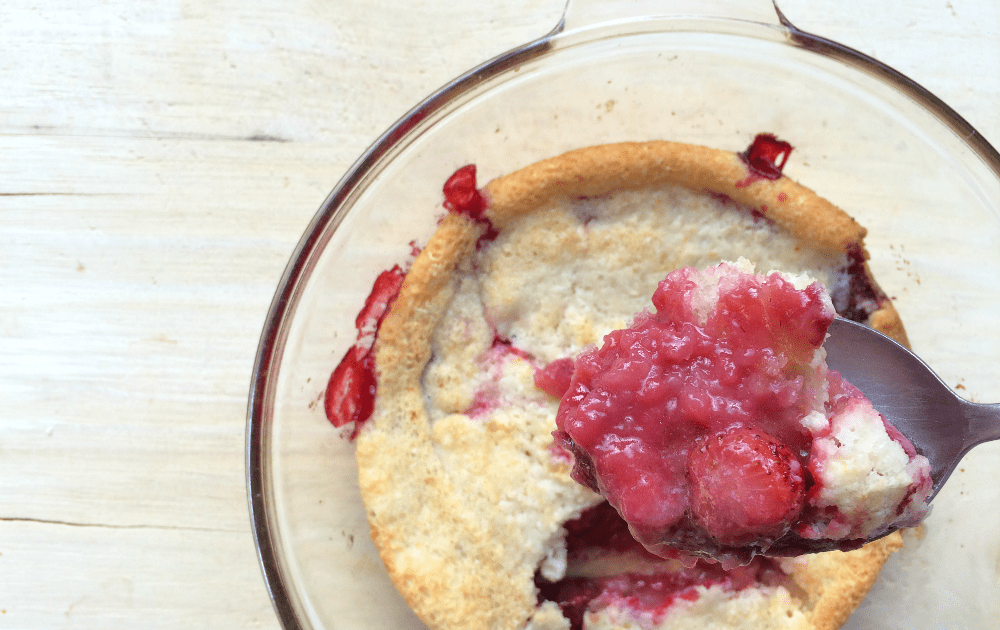 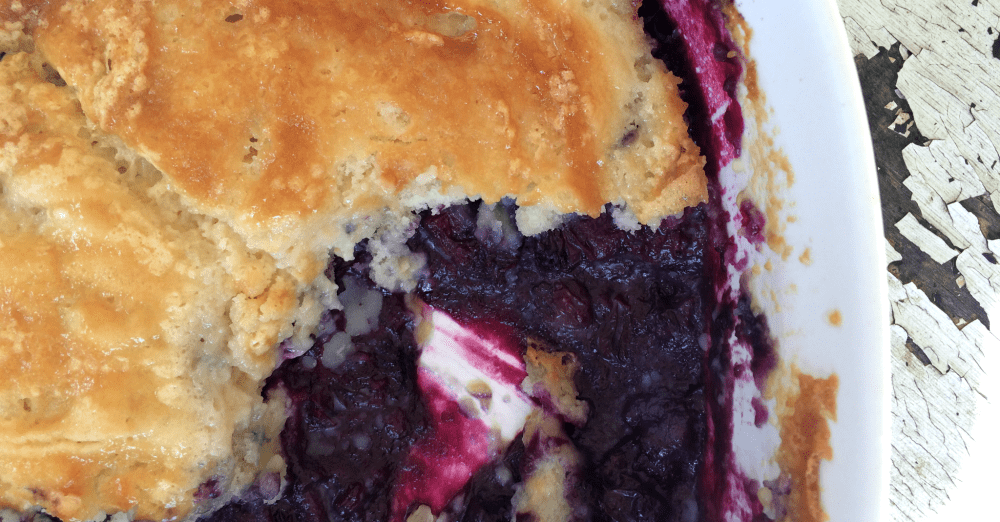 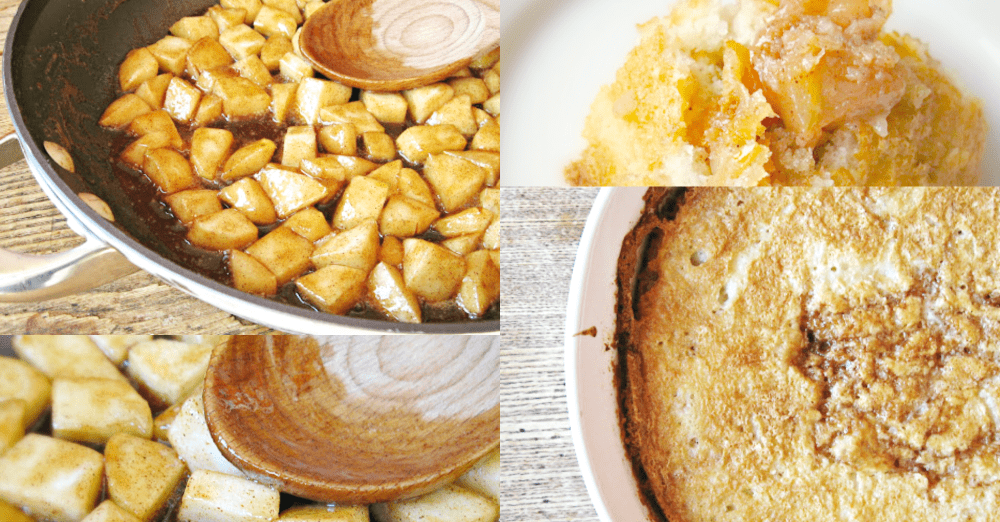