This easy spaghetti carbonara is perfect for a busy weeknight, and loaded with bacon and parmesan! 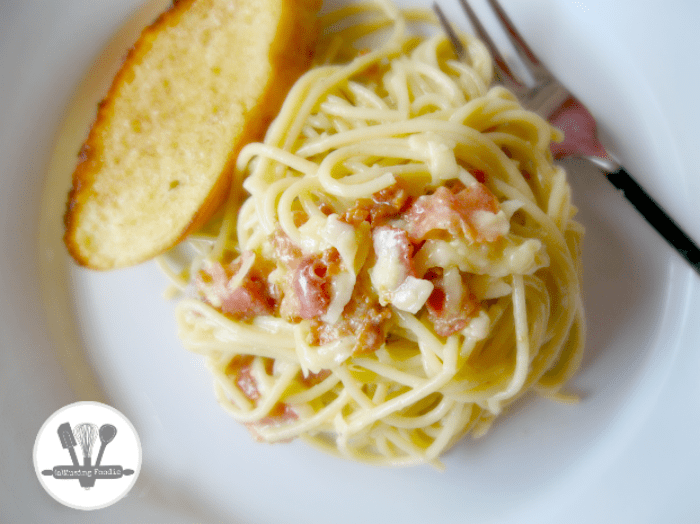 Tonight it was just me and the kids for dinner, as my husband was out at a concert with some friends for the evening.

While I love going to a good concert, I wasn’t upset about missing this one.

It’s at an outside venue. And, it’s hot here in Maryland.

Plus it’s Furthur. I enjoyed a healthy dose of the Dead in college, but going to see a show these days (can you really call it “a show” without Jerry?) just doesn’t float my boat. 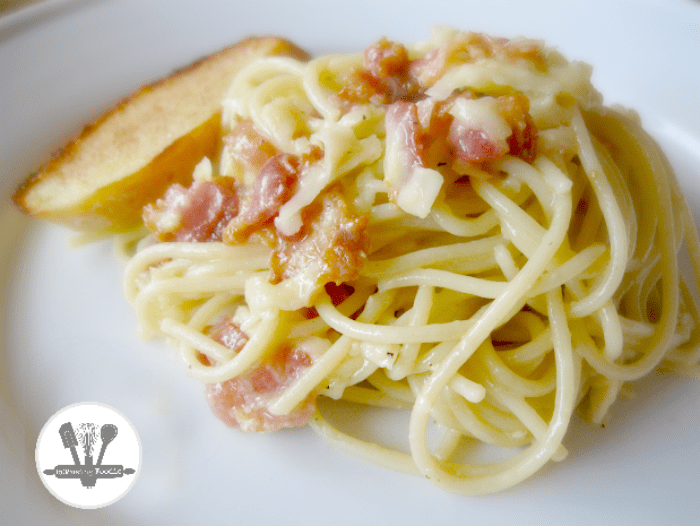 Which works out nicely because my husband can still have a great time shakin’ his bones to some jam-band music, and we don’t have to try to find a babysitter for the kids. It’s all good. 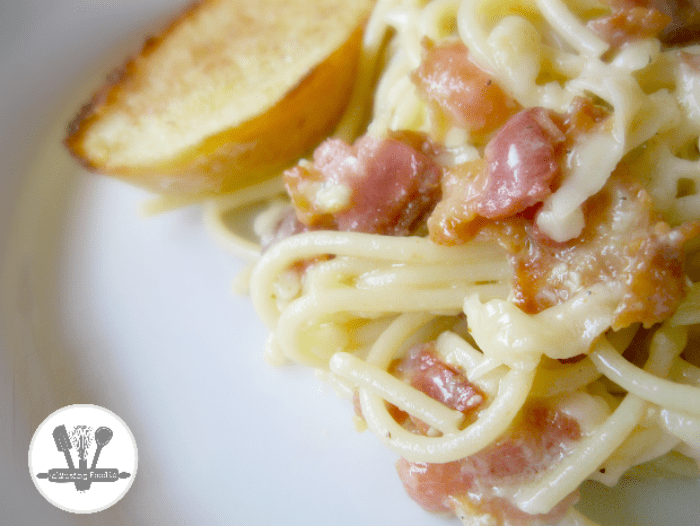 I didn’t feel like heating up the kitchen by roasting anything in my oven tonight.

Pretty much ready to go in fifteen minutes, with minimal labor over a hot stove. Brilliant. 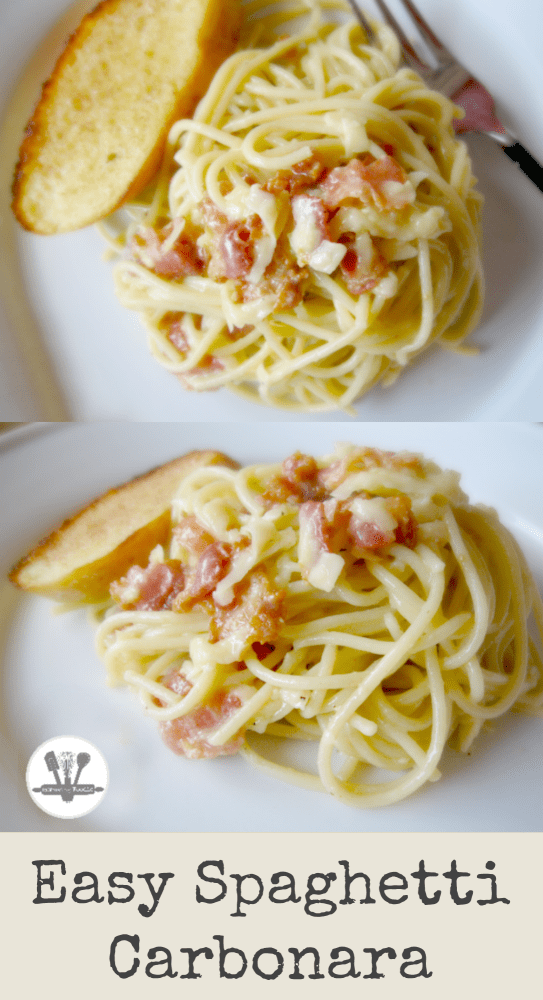 A half-pound of bacon.

How bad can that be?

Adapted from Ruth Reichl's recipe in Garlic and Sapphires.