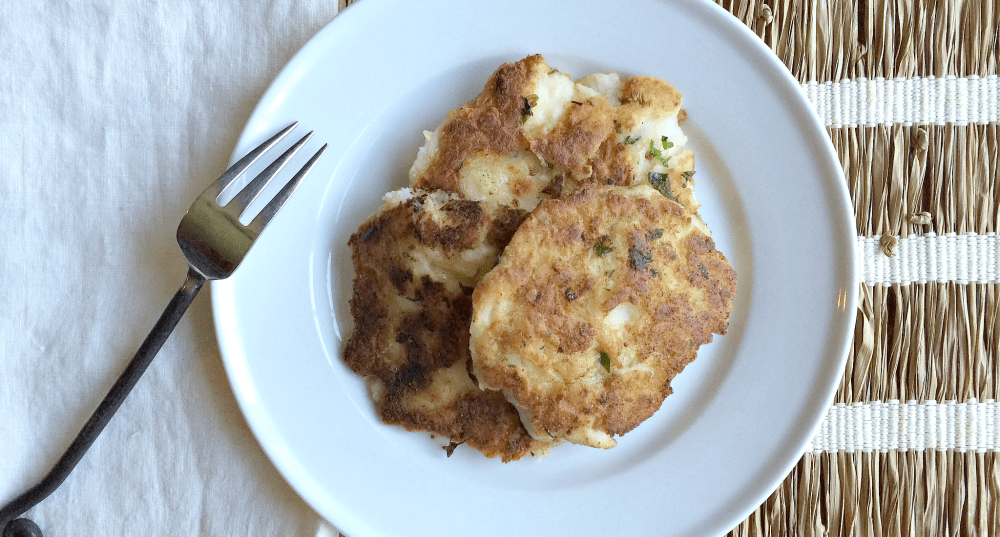 It’s rare that I whip up a batch of mashed potatoes and have leftovers “just because,” so I have to be intentional about it and throw in an extra potato or two to ensure leftover mashed potato goodness.

I use a basic mashed potato recipe that’s no fail, and super yummy.

It involves whatever potatoes are on sale (though my favorites are red skin OR russet because I believe they make the creamiest mash), whole milk, salted butter, salt, a dash of black pepper, and a hand-held mixer.

Some of you are thinking: No, no, no. You need to be using a RICER.

Or maybe: HELLO! Mashing by hand is the only way!

Well, both of those are awesome.

A hand-held mixer produces a fluffy mashed potato—whipped, even—that pretty much melts in your mouth.

Also, it’s an easy technique, which I happen to love.

So, back to the leftovers.

I have no issues with pairing leftover mashed potatoes with other dinners during the week.

That’s the beauty of having leftover sides! They make producing supper a breeze, even three days later.

You can, however, transform leftover mashed potatoes into something entirely different.

Maybe you use them to top a Shepherd’s Pie, or fold them into another root vegetable (okay, a potato is technically a tuber, but you know what I mean) to make something like this mash-up: Whipped Parsnips and Potatoes.

Or, something entirely different. 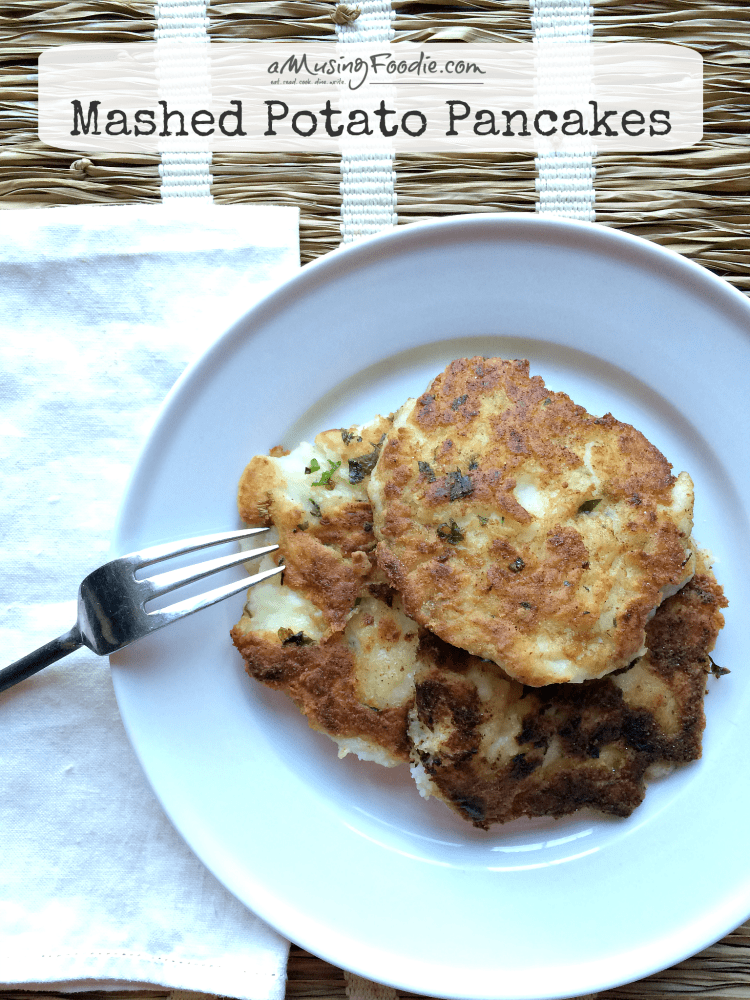 These mashed potato pancakes were the result of a skipped breakfast and a need for a quick (and mouth-watering) lunch.

They’d make an awesome dinner side, too.

I had about two cups of leftover mashed potatoes sitting in the fridge from dinner the night before.

I mixed them with a little flour, shredded onion (sliced green onions would be delish, too), and fresh chopped parsley.

Then I formed half-inch patties (using about a quarter cup of mashed potatoes), dredged them in seasoned flour, and then seared them in a hot buttered pan for a few minutes on each side.

You must ensure a good crust on the first side before daring to flip, otherwise you could end up with “Mashed Potato Lump” instead of “Mashed Potato Pancakes.”

A little sad, even.

I topped my mashed potato pancakes with more butter (why not?), and a dollop of sour cream would’ve gone nicely, too. 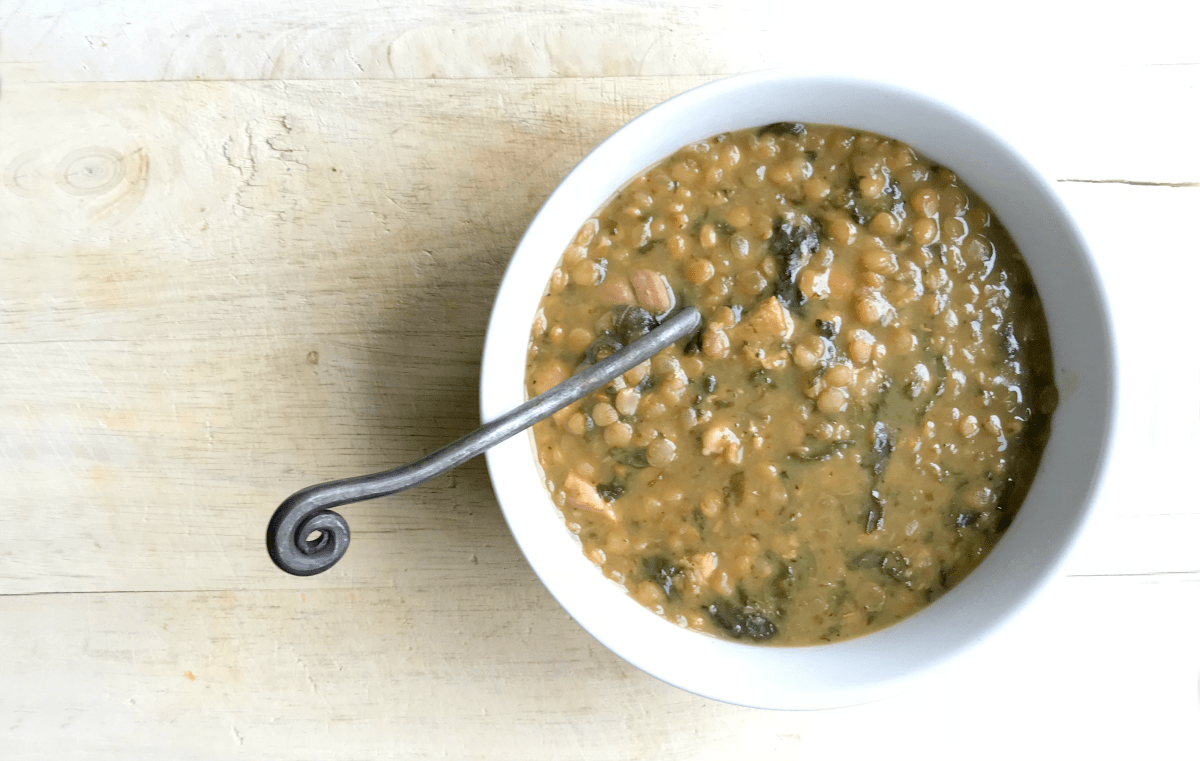 Chicken and Lentil Soup in the Instant Pot 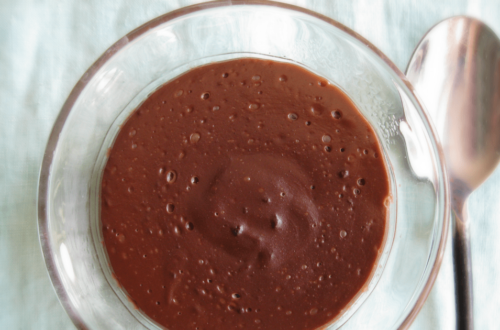 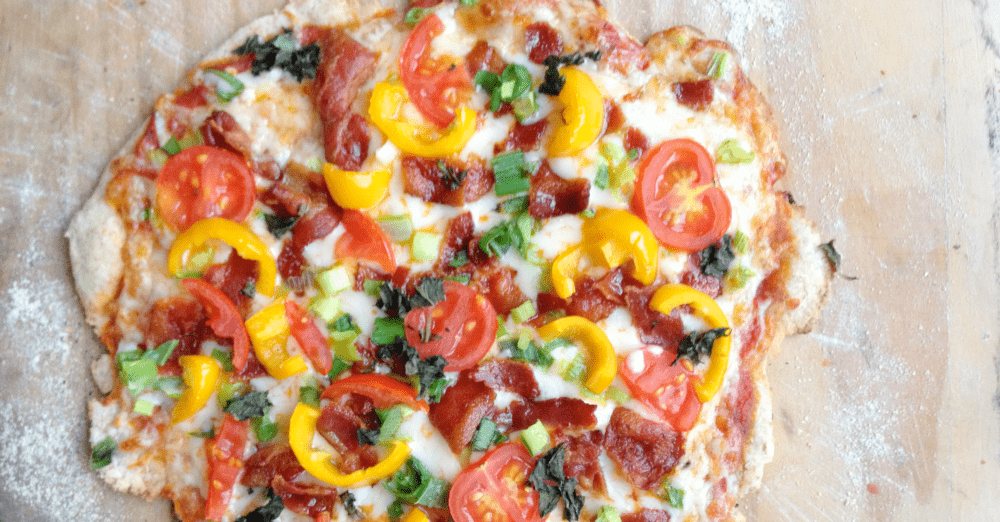