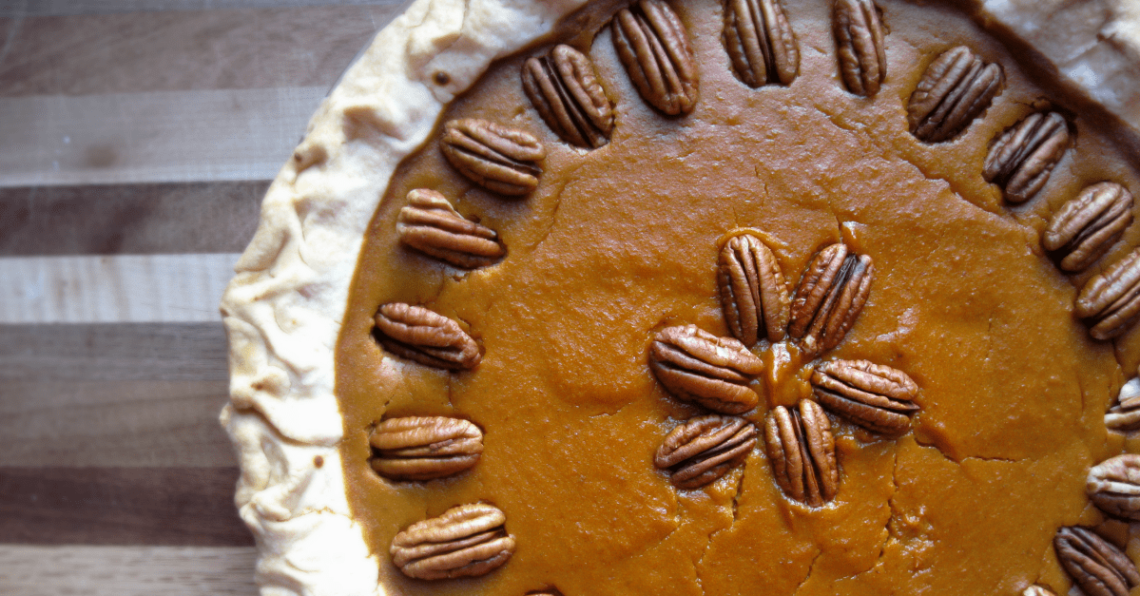 This diabetic-friendly pumpkin pie sweetened with stevia is the perfect addition to a Thanksgiving feast. Make it when you can’t (or don’t want to) use cane sugar!

This year I’ve been selected “pie maker” for both families’ Thanksgiving dinners. The first is on Thanksgiving Day, and we’ll be having our feast at my in-laws’ house mid-day. I’m bringing pumpkin pie and apple pie.

But there’s a trick with making sweets for my in-laws: they’re diabetic. 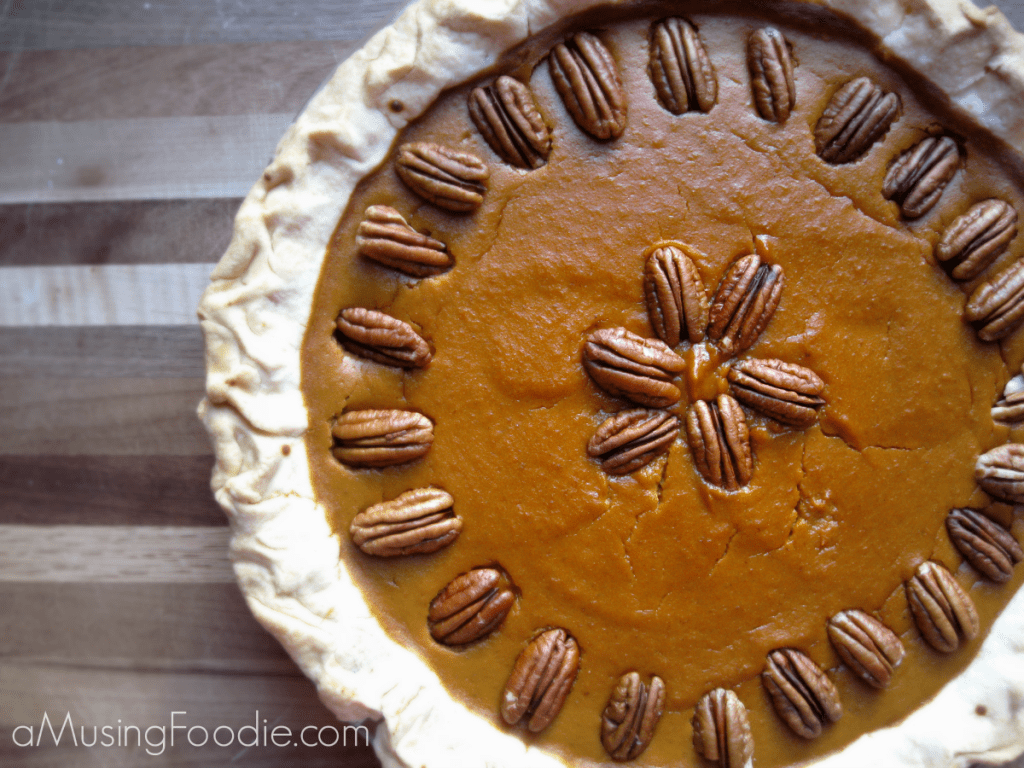 Unlike my husband who is also diabetic, my in-laws stay away from anything with real sugar in it.

I’ve found that everyone with diabetes has a body that reacts differently to various foods in terms of blood sugar spikes and lows.

With my husband, we’ve learned that he can eat things with real sugar, he can eat carbohydrates, and his blood sugar is just fine.

What we control is portion and how many carbs he’s eating (which after all this time of watching and measuring, happens to be regular portions).

This has made me VERY happy because I really don’t like to use artificial sugar substitutes, since they’re often made by or made from chemicals.

On the other hand, sugar substitutes, like products made from the stevia plant, have finally become main stream.

So when I’m cooking for my in-laws, and I need something to replace cane sugar, stevia’s the route I go now. 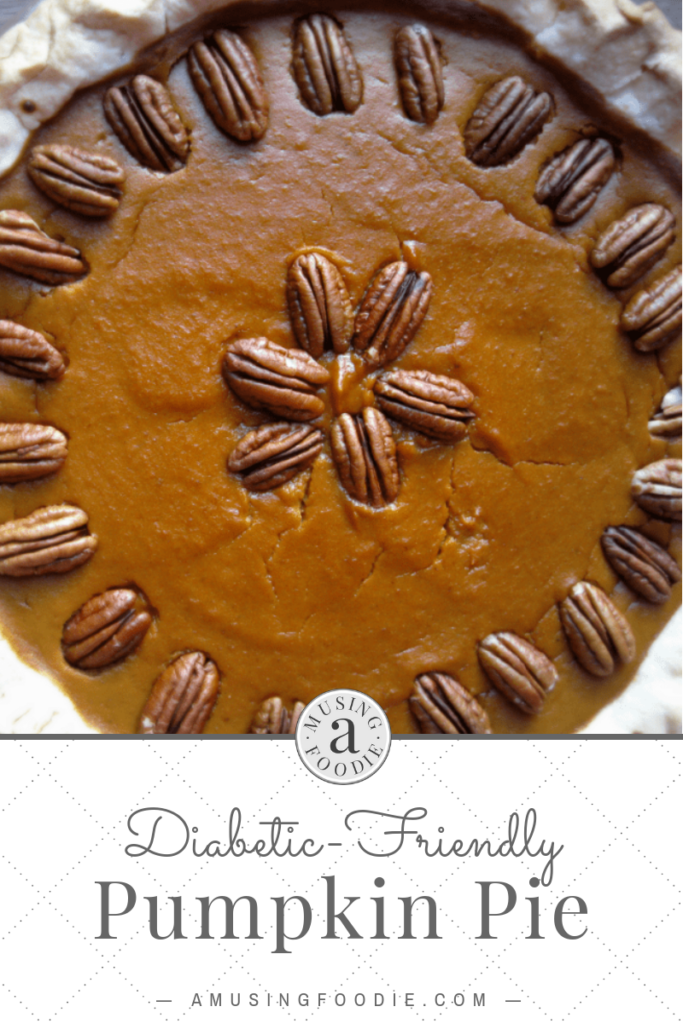 The ratio of stevia is one-to-one in terms of recipes, and while the flavor doesn’t taste exactly the same as cane sugar (it has lingering aspartame taste), it’s okay — and it’s natural.

The pumpkin pie I made is a close take on the Silver Palate Cook Book recipe, with the exception of using whole milk instead of half-and-half and cream, and stevia instead of cane sugar.

(I’m not against half-and-half and cream, I simply forgot to buy it and didn’t have time to run back out to the store.)

Also, the recipe calls for a little brown sugar, and I happened to have some Splenda brown sugar mix in my pantry, so I used it.

I know, I know. You’re probably thinking, “Liza, you just said you don’t like sucralose. And here you are using Splenda brown sugar mix!”

The reasons I used it are simple:

Once it’s gone, I won’t be replacing it.

And, in hindsight, I could have used molasses as a substitute. 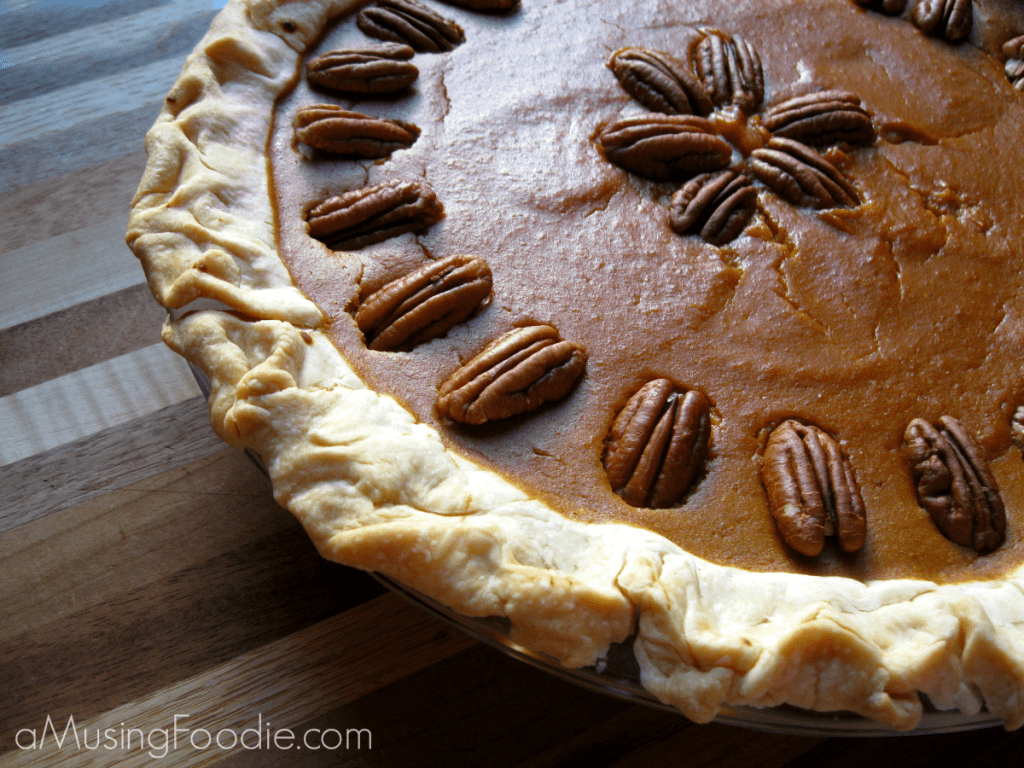 PS: I often cheat when it comes to pie crust and use pre-made form the fridge section.

PPS: Check out my traditional easy pumpkin pie if you don’t need a diabetic-friendly recipe.

Here are some kitchen tools I use to make diabetic-friendly pumpkin pie: 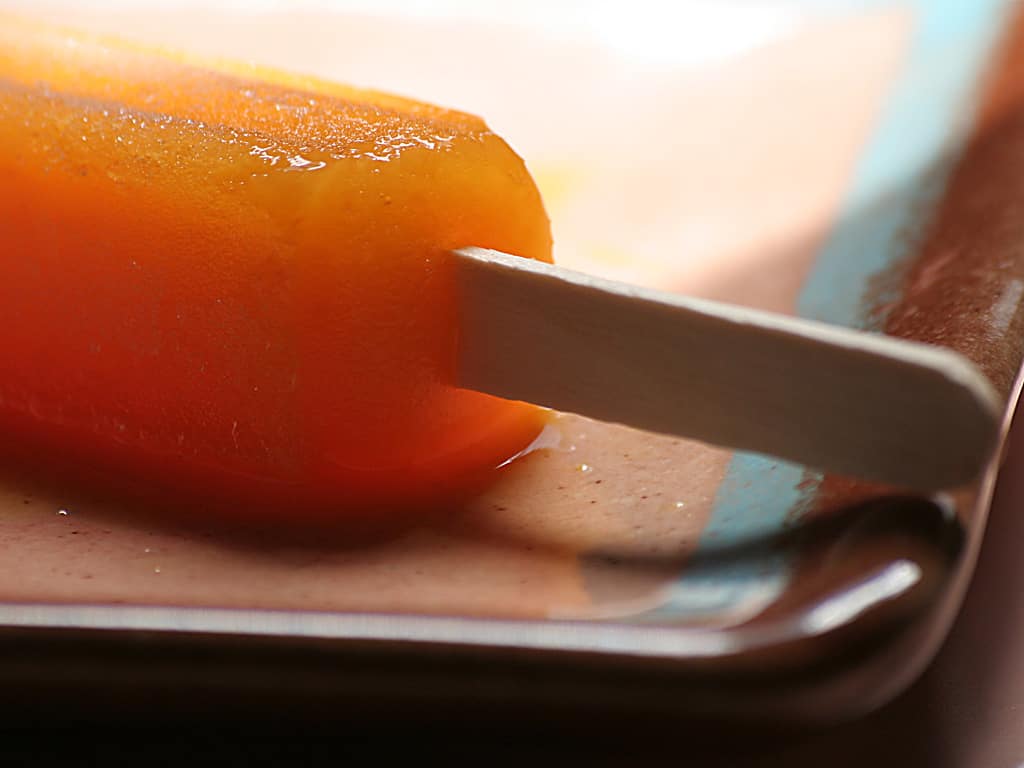 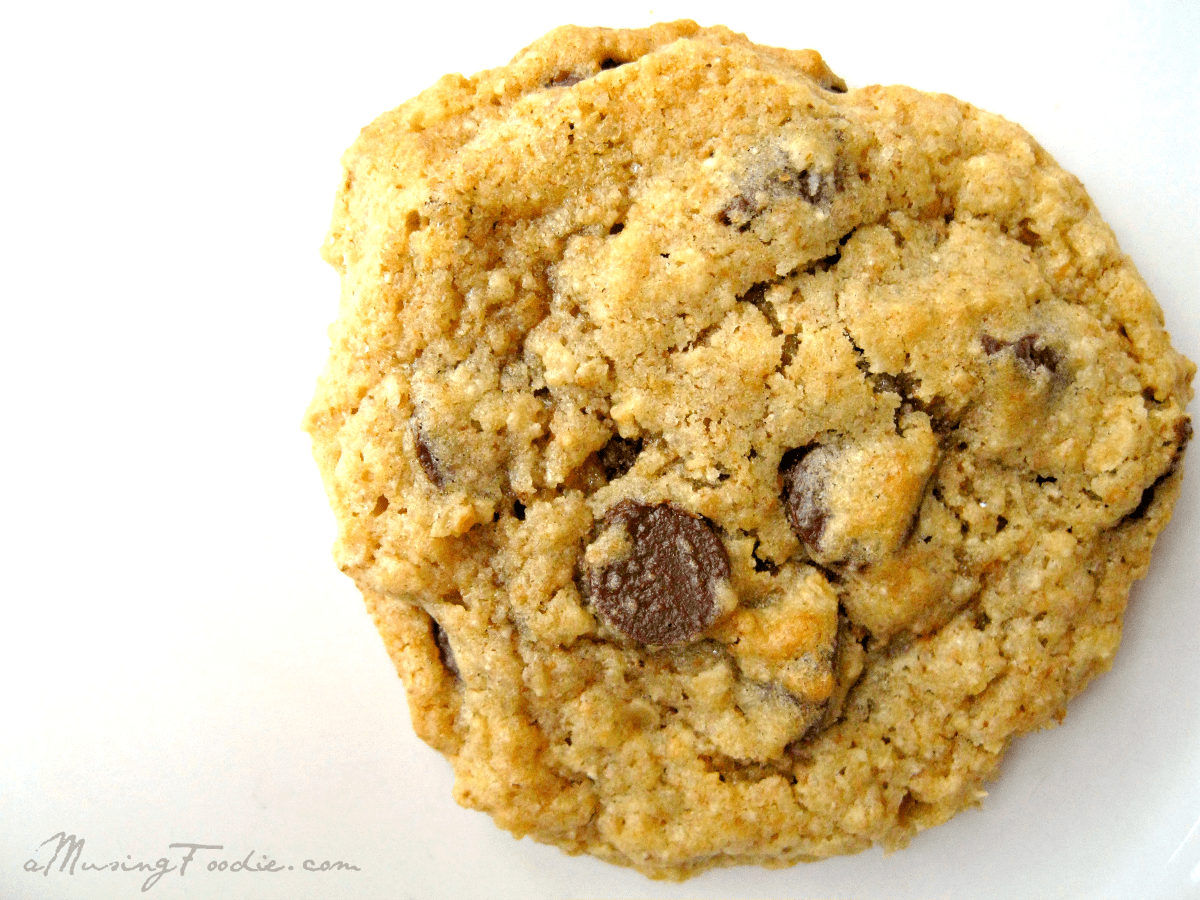 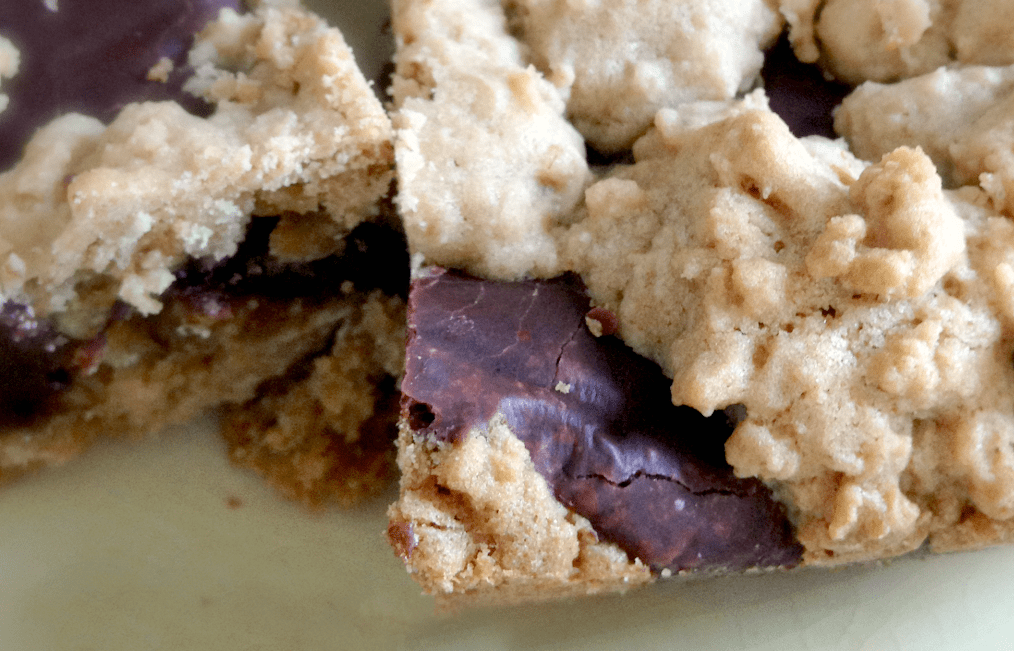