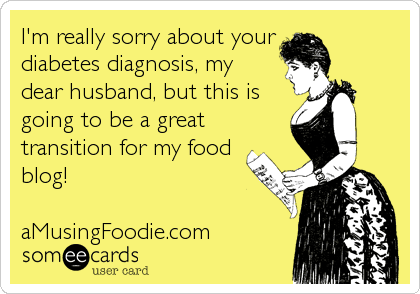 And THEN we learned that my husband was diabetic.

Wait, let me back up.

In the life of not just a foodie, but a foodie blogger, learning that a family member is diabetic can create quite a bit of chaos.

In all seriousness, this week has been pretty nuts for our little household.

My husband’s parents are both diabetic, so the fact that my husband developed it isn’t shocking. The velocity in which it sprung up, however, is. They call it “Quick or Rapid Onset Diabetes,” and it’s a form of Type 2 (except they also think it could be Type 1). And it’s very scary.

Like, one day things are normal, and the next day blood sugar levels over 500. FIVE HUNDRED. In case you didn’t know, the average person’s blood sugar levels are considered healthy and normal if they’re between 80 and 120. When levels get as high as 500, then you start to flirt with things like organ damage and comas.

His Hemaglobin A1C was a 14. Normal levels are six or below. This means there have been blood sugar issues for at least 90 days. In hindsight, we are able to place certain things over the past few months that point to blood sugar instability. Night sweats, insatiable thirst, weight loss, insomnia and foggy brain, to name a few.

This is scary stuff, people.

I know what you’re thinking. He must be overweight. He must not exercise.

Well, you’re wrong. My husband is 38 years old, 6′ 1″ and about 180 pounds. He exercises at the gym regularly, and drinks lots of water. As a family, we eat relatively healthy, but we’re not without the occasional fast food burger. Our mantra has always been: everything in moderation including moderation. I cook a lot of homemade, from scratch meals (obviously). We don’t eat a ton of sweets, but they’re not banned from our house either.

So, after a two day hospital stay and a slew of new medications – including insulin injections – we are now having to change some things in order to become diabetic-friendly.

Carb intake for one. And sugars for another.

I have to admit, this news had me pretty worried – obviously for my husband’s health, but also for life changes. I mean, as a foodie I don’t exactly like the idea of having to cut certain foods out of our lives, or even entire food groups.

I also refuse to just substitute sugar with chemicals like sucralose and aspertame. Ick. So we’re not going to do that.

I reviewed the literature that came home from the hospital. I learned the changes we’re going to have to make are – wait for it – not that bad. Carbohydrates are broken up into “Carb Choices,” and for my husband, he’s allowed three to four of those per meal, per day. That’s about 45-60 grams of carbs per meal, which doesn’t seem like much, but actually isn’t that bad.

Certain foods are worse than others in terms of affecting sugar levels. White rice and potatoes are awful. Onions are not (actually, there can be a lot of benefits to eating onions if you’re diabetic – so they’re considered a freebie food). My husband doesn’t have much of a sweet tooth, but he’s going to miss milkshakes and apple crumbles.

We’re learning. All of us, as a family. The changes to my husband’s diet are going to change for our entire family. And I’ll be sharing the learning process here, along the way. 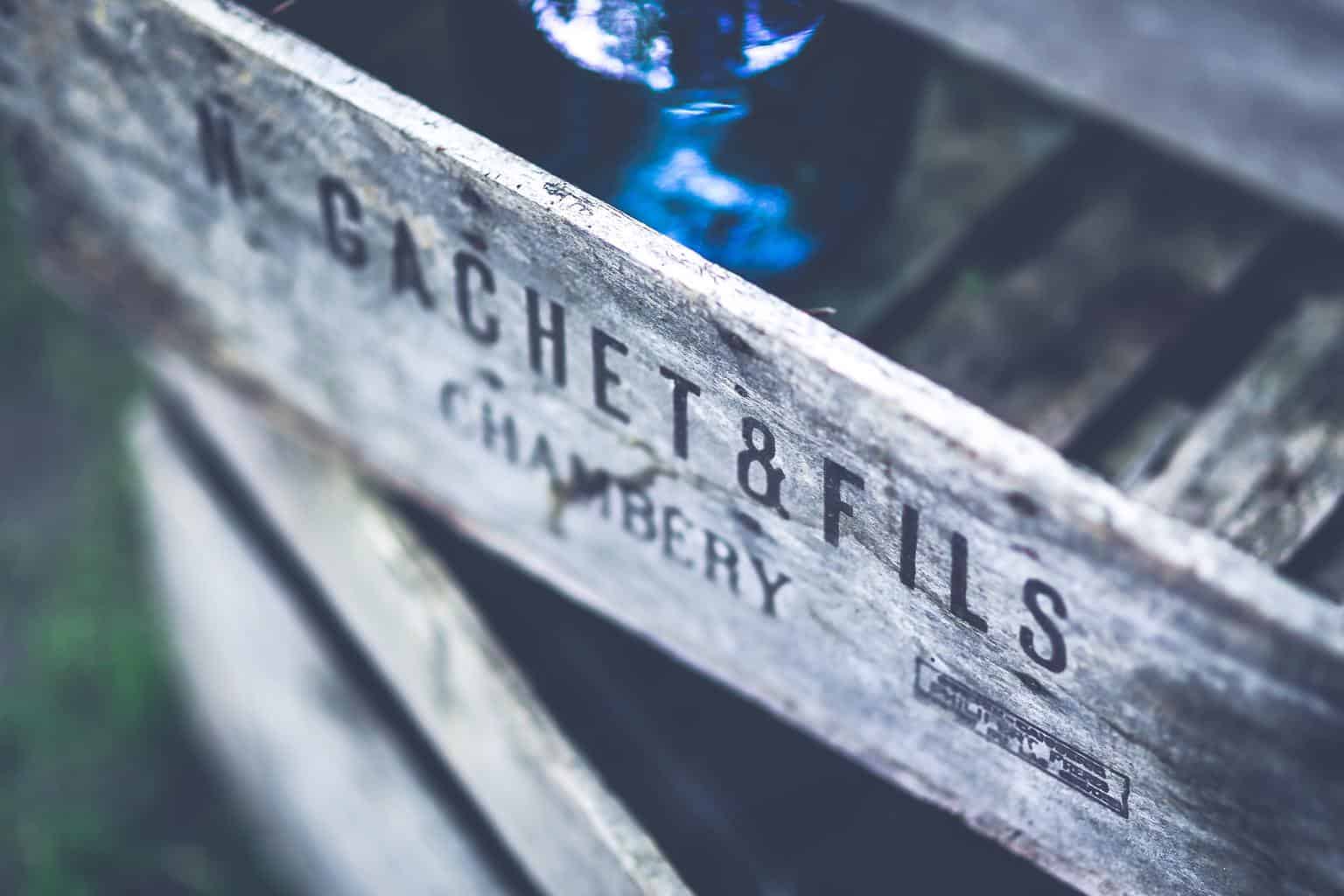 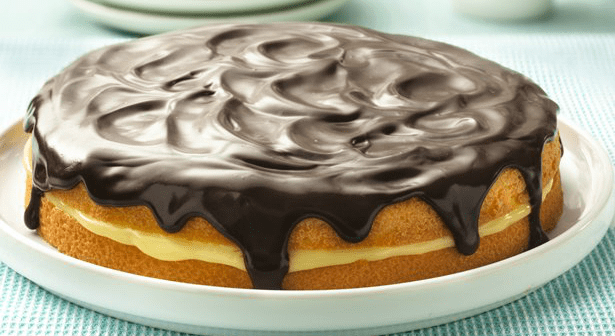 Why Is It Called Boston Cream PIE? 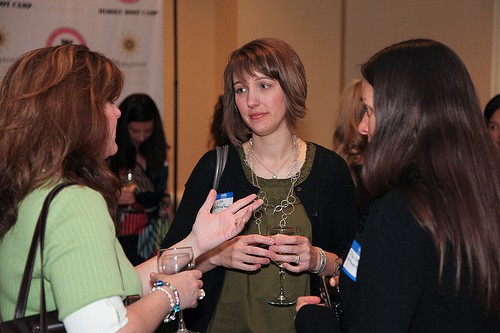