Cheese stuffed sliders are an easy alternative to a traditional cheeseburger. 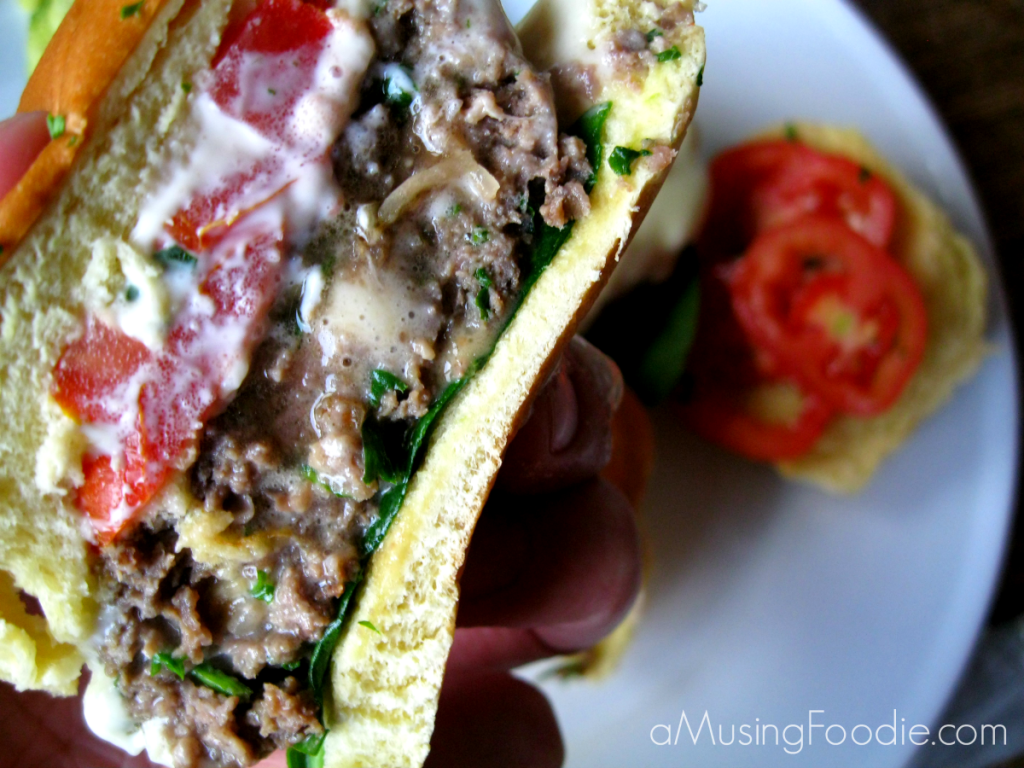 My four year old son isn’t a picky eater, but he does have a few odd food aversions that boggle my mind a bit.

(What??) It’s not my mashed potatoes. Really.

They’re one of my specialties: whipped, skins on, no skins, hand mashed, cheesy, creamy—so many different, savory ways to prepare them.

All gag-worthy to my son, whose issue seems to be related more to texture, than to the taste, of potatoes (he can kill some french fries or roasted potatoes).

GRILLED SHRIMP MAY AS WELL BE LIVER.

(Come again??) My eight year old could inhale a plateful of shrimp if given the option.

My son, however, only stomachs the “one bite you have to try” while his face is contorted in a grimace, complete with gags.

We have a rule, you see. There’s no declaring, “I hate [fill in the food]!” and then refusing to eat dinner. Our rule is that you must at least try one bite of everything.

And even though my kids don’t always love things on the first, second or fifth try, most of the time they come around. Those little taste buds just take a while.

CHEESE ON A BURGER? NO WAY!

(Seriously.) For a kid who eats string cheese like it’s going outta style, I’m always surprised when he only wants a plain burger.

No cheese, no bun. I’m not going to force cheese on the boy, but the rest of us are kinda cheeseburger fanatics, and this no melty, gooey, cheesiness on a burger thing is, well, odd.

(Recipe card is at the bottom.) 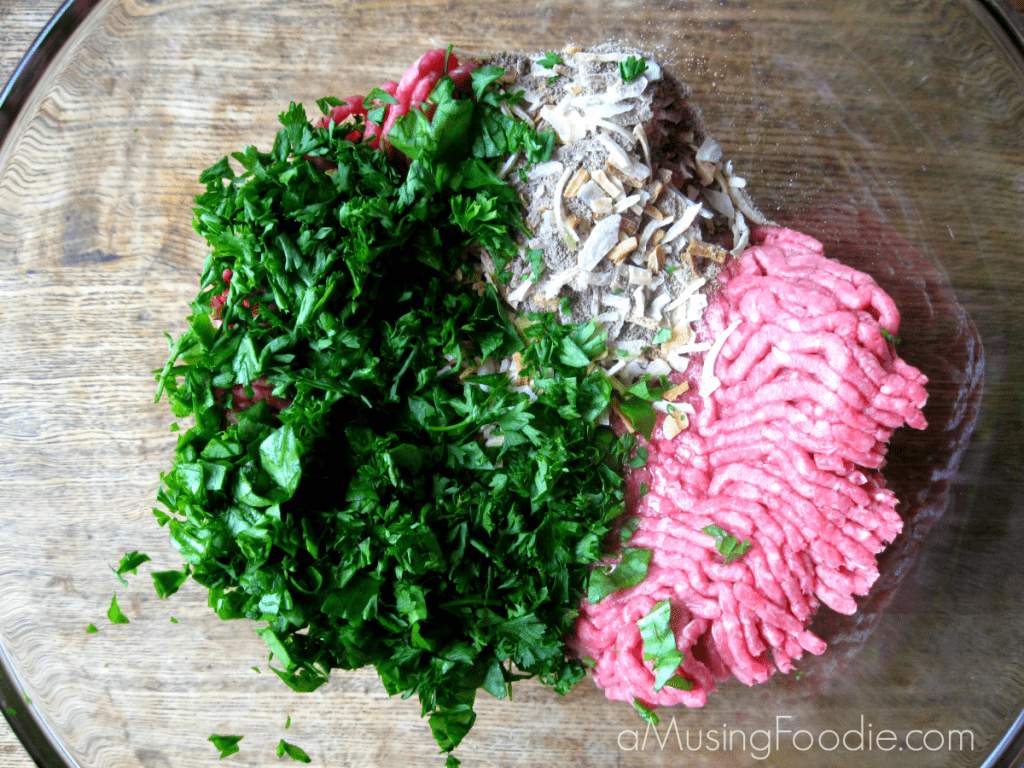 I mix ground beef, chopped spinach and parsley, dry onion soup mix, salt, pepper and one egg together (with my hands!) in a large mixing bowl. 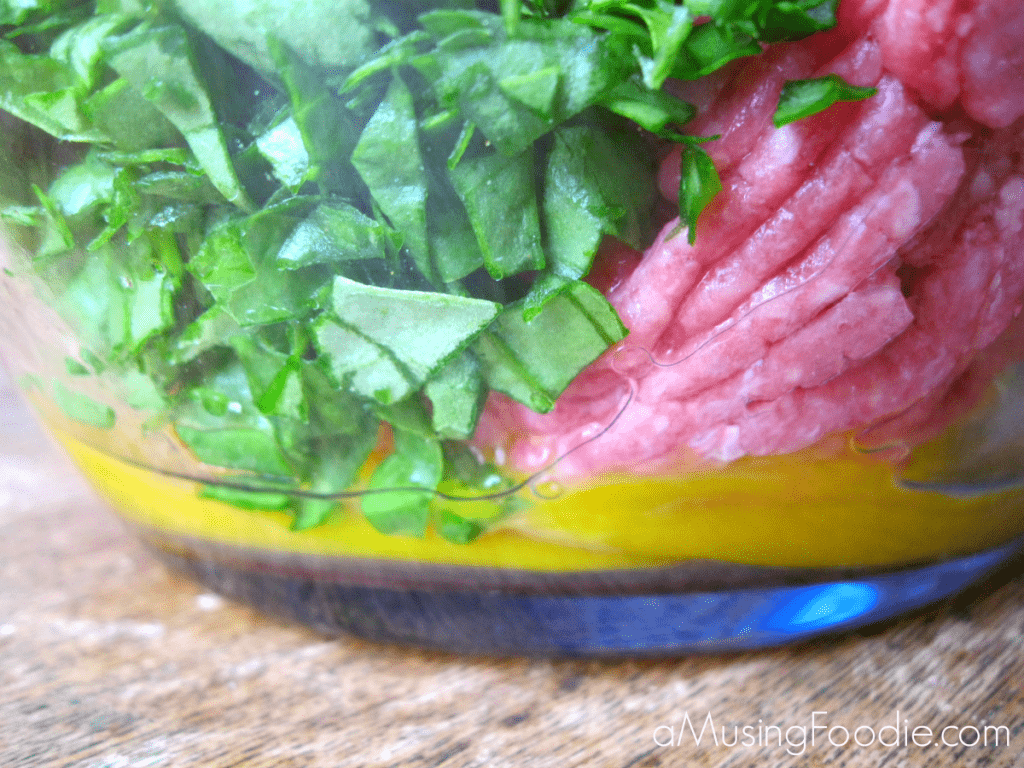 See? There’s the egg. Perspective is everything. 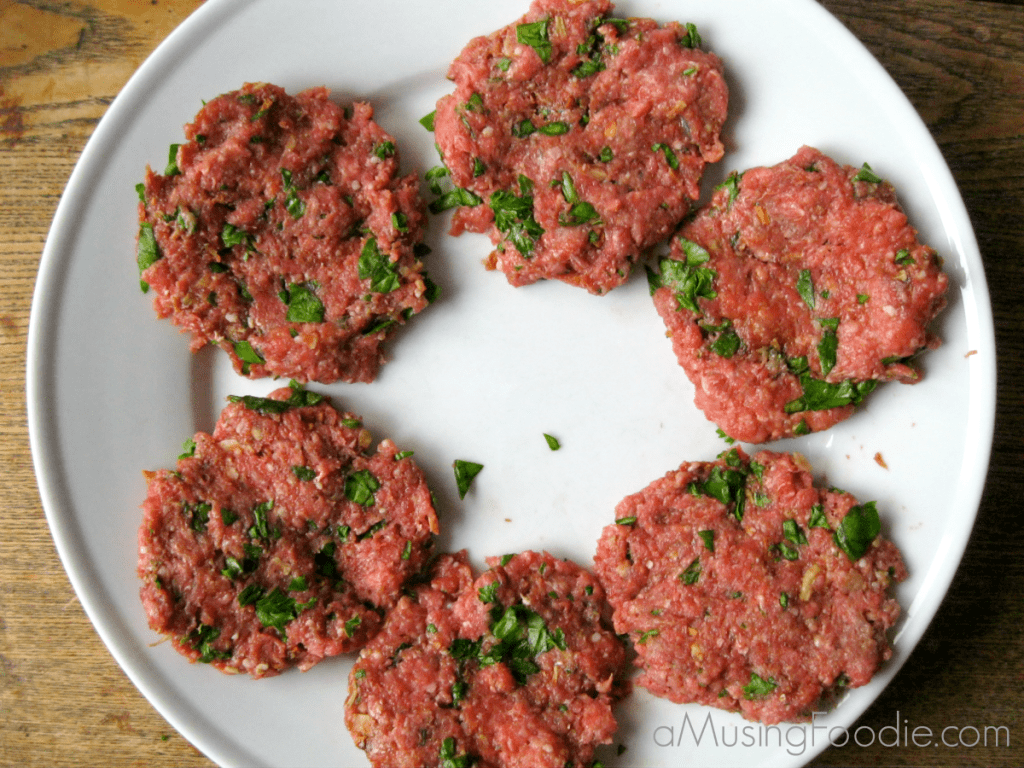 Then I pressed out slider-sized patties, about the look of a golf ball before flattening.

My pound of ground beef made six sliders with a little left over to top the patties. 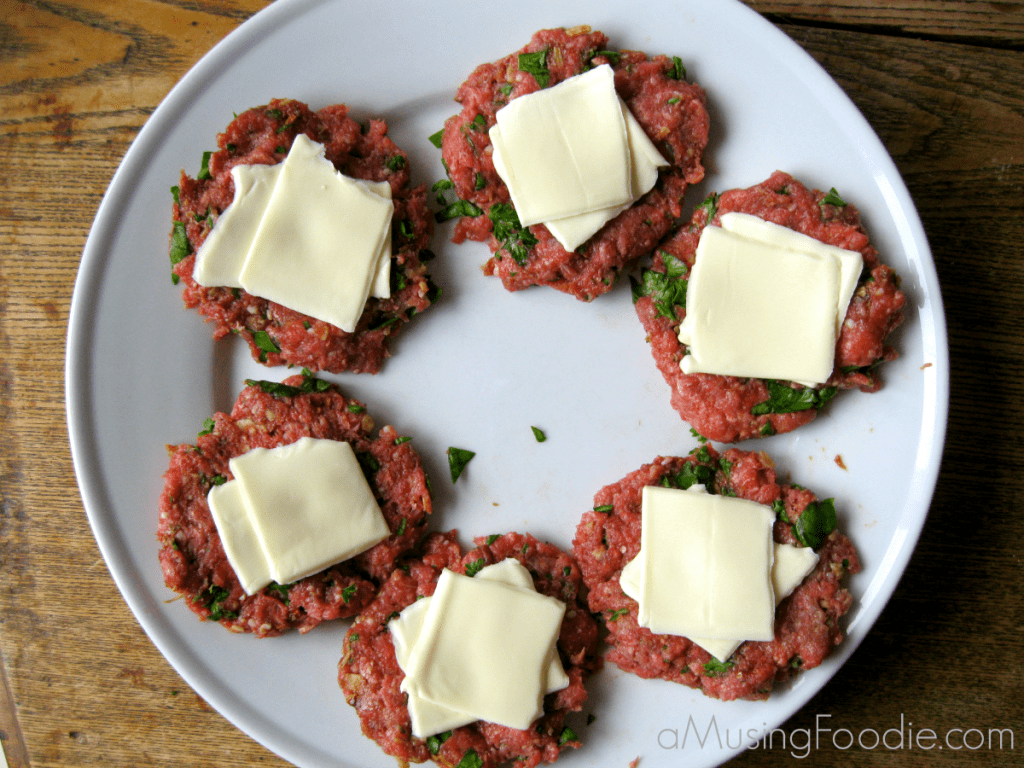 Half a piece of American cheese goes on each patty.

The rest of the ground beef mixture was pressed onto each of the six patties, sealing in the cheese.

Then they were seared in a hot grill pan for a few minutes, flipped, and then seared on the other for a few more minutes. 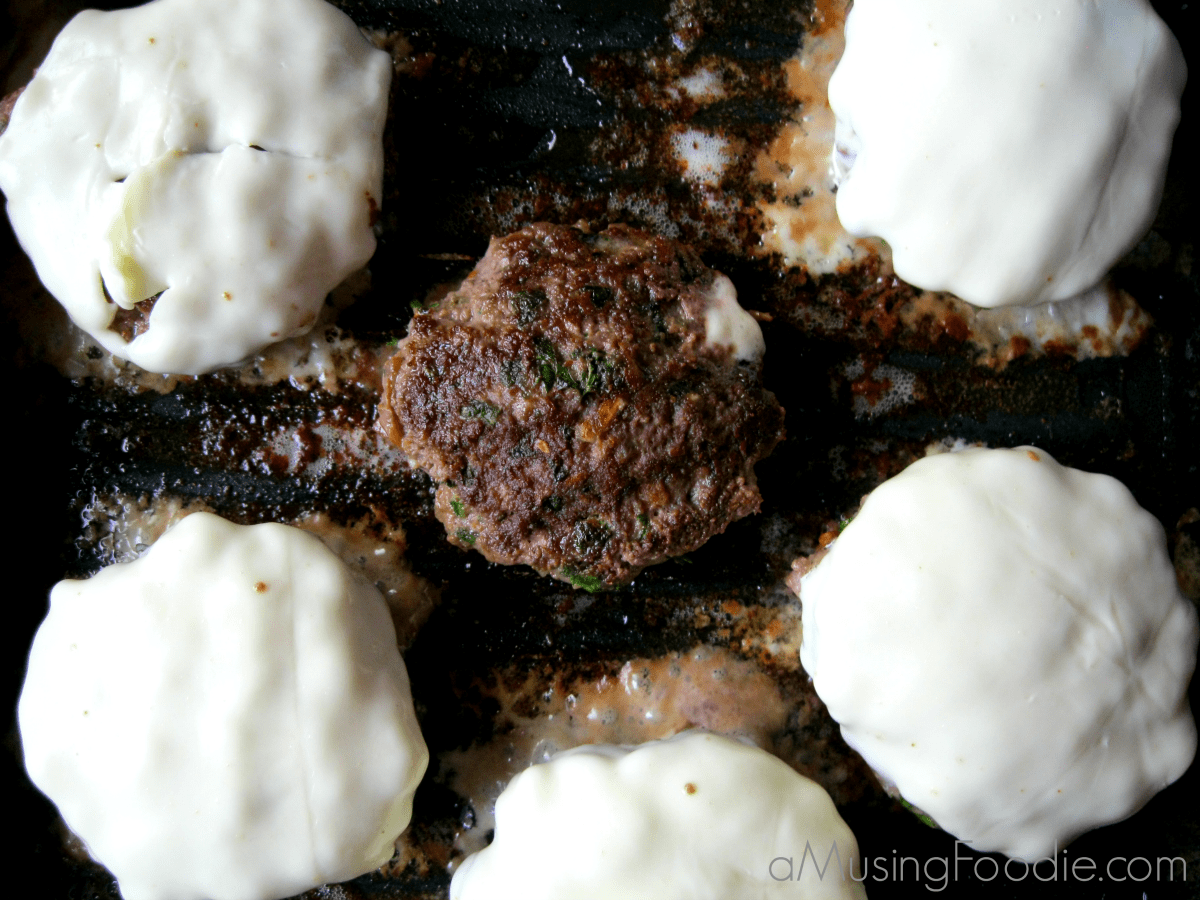 And as if THAT wasn’t enough cheese, all but one of the sliders were topped with another slice of white American.

The middle one there? That’s my four year old’s, sans cheese (except for the gooey center). 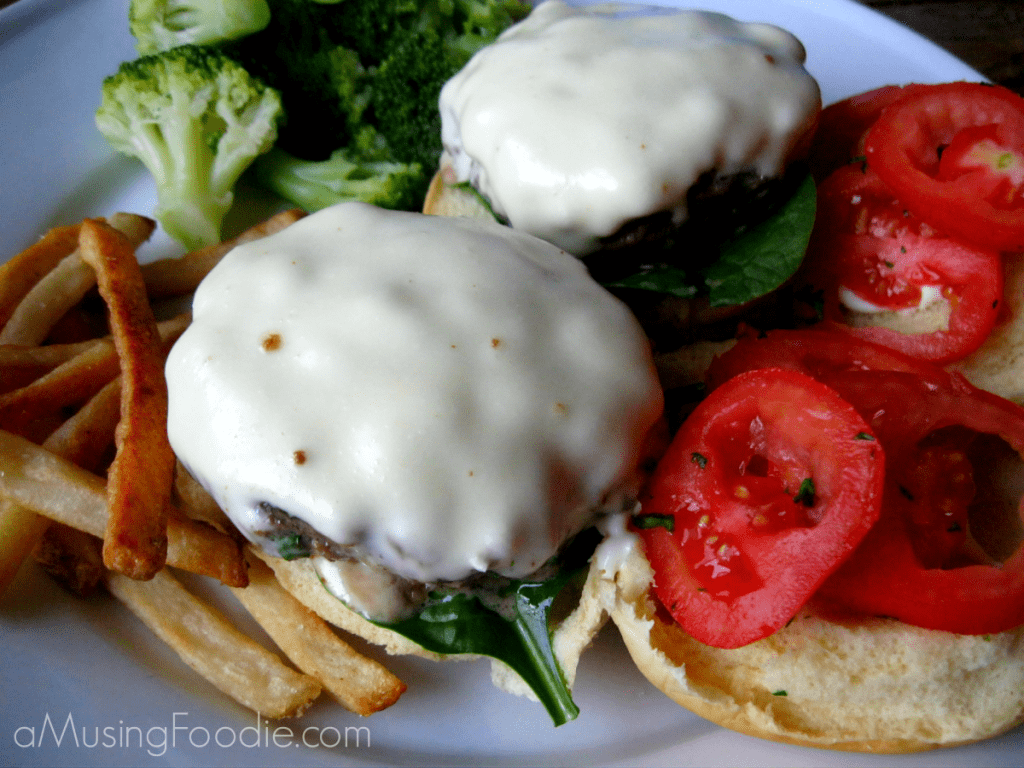 I mean, does it get any better than this? 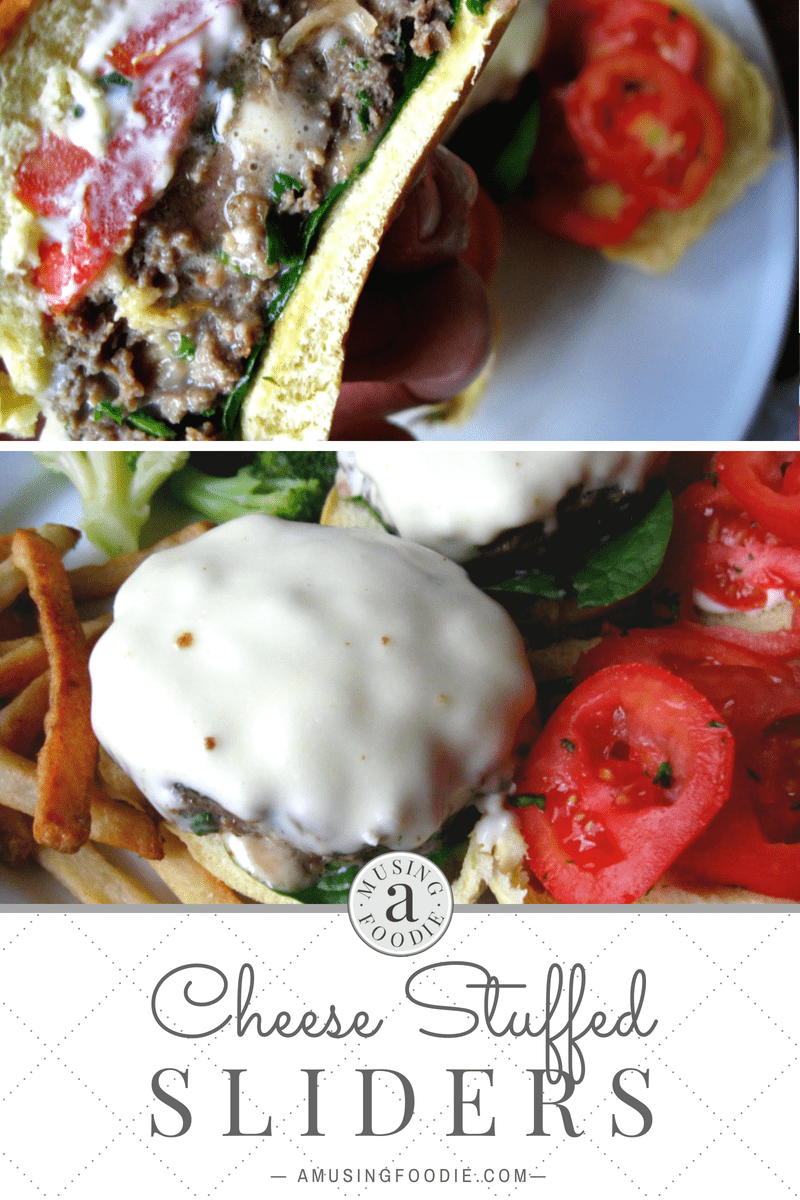 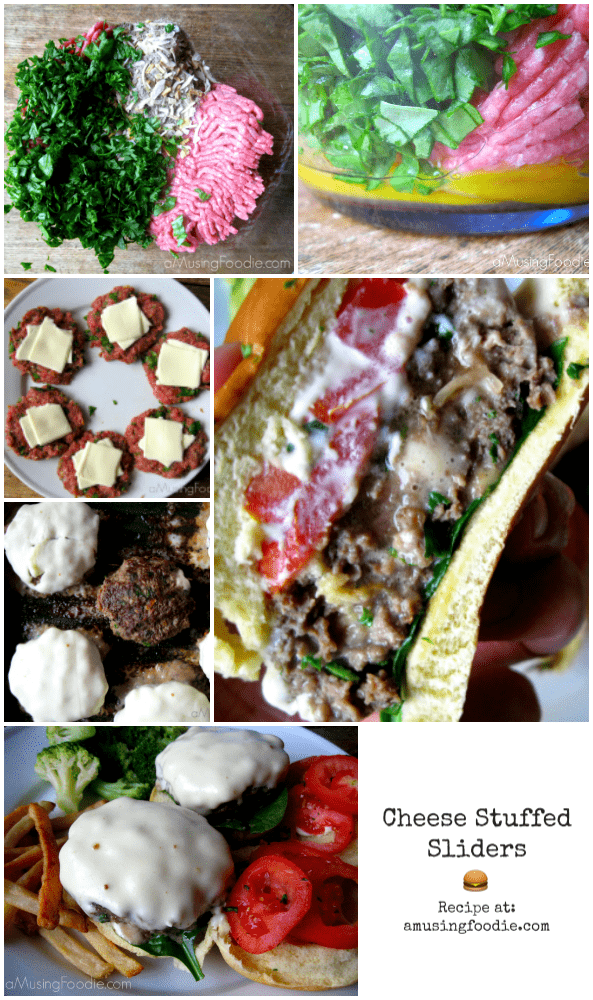