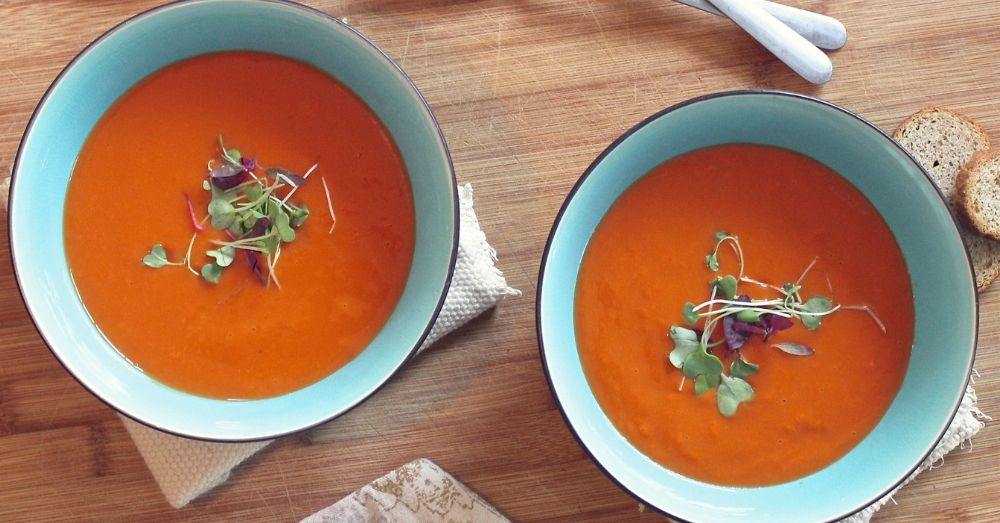 Simple ideas for making homemade soup year round staple, rather than just a savory winter treat!

If you think of soup as a cold-weather comfort food, it’s time to think again. Soup can be just the thing for light, healthy summertime eating.

Some are cold soups—gazpacho being the most famous but by no means the only example. Others are hot, but lighter and brighter in texture and flavor than their wintertime cousins.

Soups are also an excellent way to use up summer’s abundance of vegetables, and they’re dead easy. 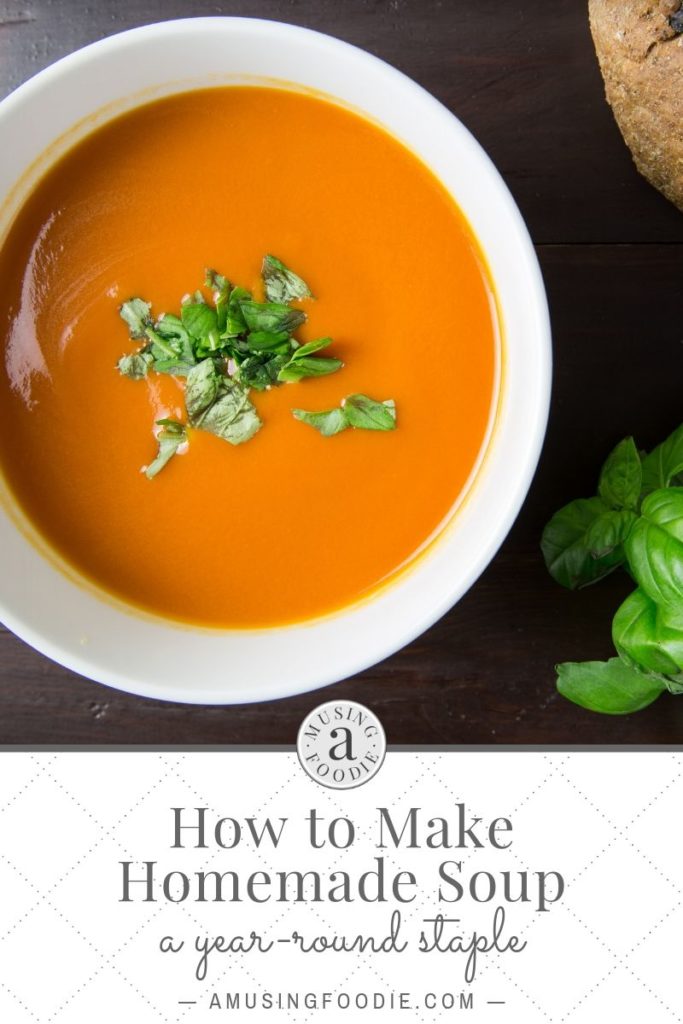 First let’s take a look at the gazpacho, the king of cold soups. We have the Andalusians of southern Spain to thank for this refreshing—and hearty—summer soup, which is a staple in my summer kitchen.

We almost always have a batch of it chilling in the refrigerator. It’s tempting to stand there and drink it straight from the pitcher, fridge door hanging open. 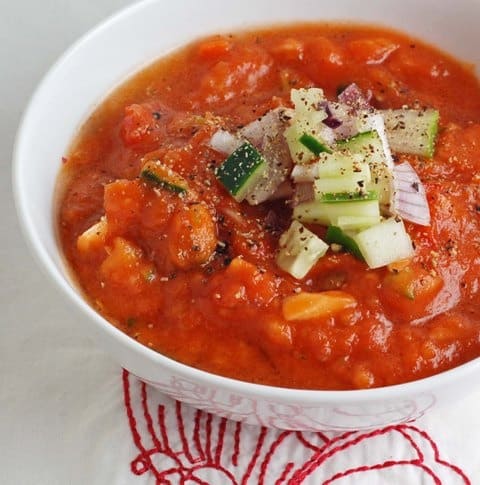 Here’s how you make it (adapted from recipes by Claudia Roden’s Invitation to Mediterranean Cooking and my mother-in-law):

Roughly chop, then throw in the blender or food processor a red or yellow bell pepper; a couple of cloves of garlic, a few slices of day-old bread, about three-and-a-half pounds of beautifully ripe tomatoes, a third cup of dry sherry or white wine vinegar, a third cup of extra virgin olive oil, and some salt and pepper. Blend it up and stick it in the fridge. Serve it garnished with diced cucumbers, red onions, scallions, bell peppers, or any other raw vegetable that sounds good to you.

Another easy, versatile soup that really hits the spot on a summer day is chilled melon soup.

I was recently served a chilled honeydew melon soup as an appetizer, and the chef sprinkled crumbled bacon over the top! If you’re a fan of melon and prosciutto, you’ll love that salty addition to the smooth, sweet soup. Or, if it’s been one of *those* days, you can add a couple of shots of rum to the blender and call it an apéritif! 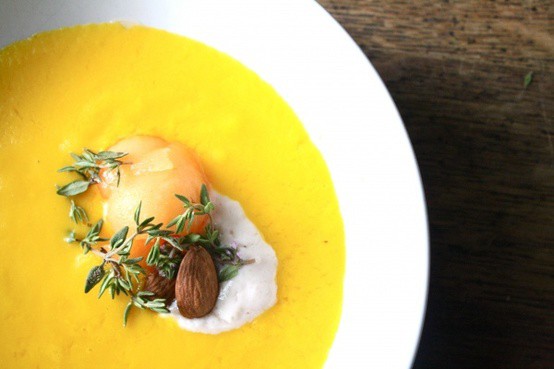 Here are the details (adapted from a recipe by Mark Bittman):

Get out the blender or food processor and toss in a total of eight cups of seeded and roughly cubed melon (watermelon, cantaloupe, honeydew, musk melon—choose any single fruit or a combination), along with a half teaspoon of salt, quarter cup of honey, and the juice of one lime or lemon. Blend until smooth, but be careful not to completely liquefy it. Leave some texture. Chill and serve extremely cold.

Experiment with other sweet or savory fruits and vegetables in the blender, mixed or garnished with hot peppers, or salty bits of meat, fish, seeds or nuts.

When an oil is called for, use only very light fats that don’t solidify in cold temperatures. Olive oil is great; butter or coconut oil won’t work. You may find that you need more salt and seasonings in cold soups than you do in hot ones.

Now let’s look at hot soups, which can really hit the spot, even in the summertime.

When the temperature is high, I crave simply prepared vegetable soups, sometimes with a bit of pasta or rice thrown in. Clear or tomato-based soups are best in the summer; leave the thick, creamy chowders for cool weather.

Here’s a recipe, or rather a blueprint, for a pot of perfect summertime soup. Pull out your trusty soup pot, and add two tablespoons of olive oil. Then start chopping vegetables.

What kind? Whatever is ready in the garden, or overflowing at your farmers market.

Chop about half a pot’s worth of veggies into bite-sized chunks. Then warm the oiled soup pot to medium heat and put in the firmest, slowest cooking vegetables. 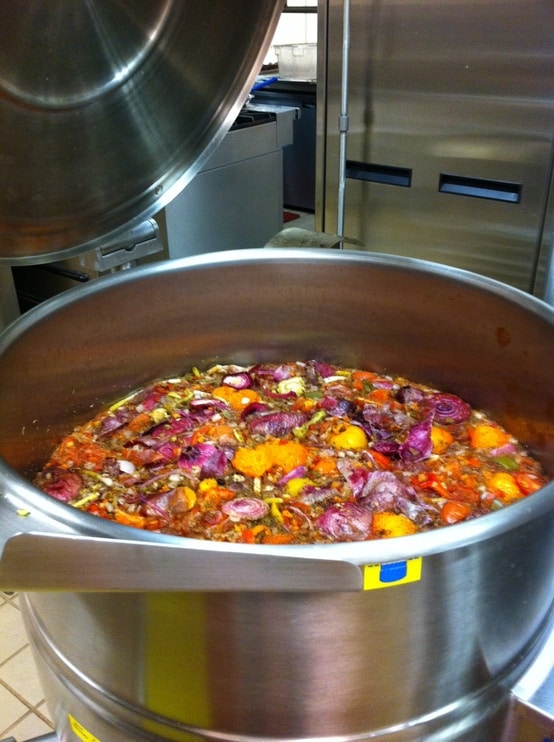 For example, if you have carrots and onions, put those in first and cook for a few minutes. Follow these with bell or sweet peppers, if you’ve got them. A few minutes later, add softer, more watery vegetables like zucchinis and other summer squashes. Add greens last. Chop and toss in sprigs of any fresh herbs you might have on hand (basil, cilantro, oregano, mint, or a bit of rosemary are just some examples).

If you don’t have fresh herbs, then you can’t go wrong by adding two teaspoons of dried oregano or an Italian spice mixture. Add salt and pepper to taste, and stir the pot. After several minutes, the colors of the vegetables will begin to deepen into more vivid, beautiful shades. That’s when it is time to add either vegetable broth or chicken stock.

Use more than enough broth to cover the vegetables, and bring the pot to a boil. Then lower the heat to a simmer, and soon thereafter, begin to fish around in the pot to taste-test the various vegetables for doneness. Remove the soup from the heat as soon as you think it’s just barely done. It’s better to under cook than overcook, in order to keep the flavors and textures from getting muddy. Correct seasonings, and enjoy the flavor of summertime.

For vegetable pasta soup, ladle the soup over bowls pre-filled with about a third cup of al dente pasta. Also try adding a cup or two of cooked beans to the pot. Consider adding tomatoes and tomato paste. Or, puree for a smooth, rich soup.

The moral of the story is to use your blender and your soup pot to revel in the abundance of summer fruits and vegetables. Stock your kitchen with the best of the garden or the farmers market and you can hardly go wrong.

About the guest author: Kim Kash has been a writer and editor for over 20 years, many of those in the book trade with Daedalus Books. Topics she covers as a freelance writer for range from federal government policy to yoga, food and travel. The author of the bestselling Ocean City: A Guide to Maryland’s Seaside Resort (Channel Lake, 2009), Kim is a founder of the Greenbelt Farmers Market near Washington, D.C. At age 40, Kim and her husband sold everything and moved to the Middle East. Since then, she has traveled to twelve new countries and has taken up sailing, diving, and rock climbing. 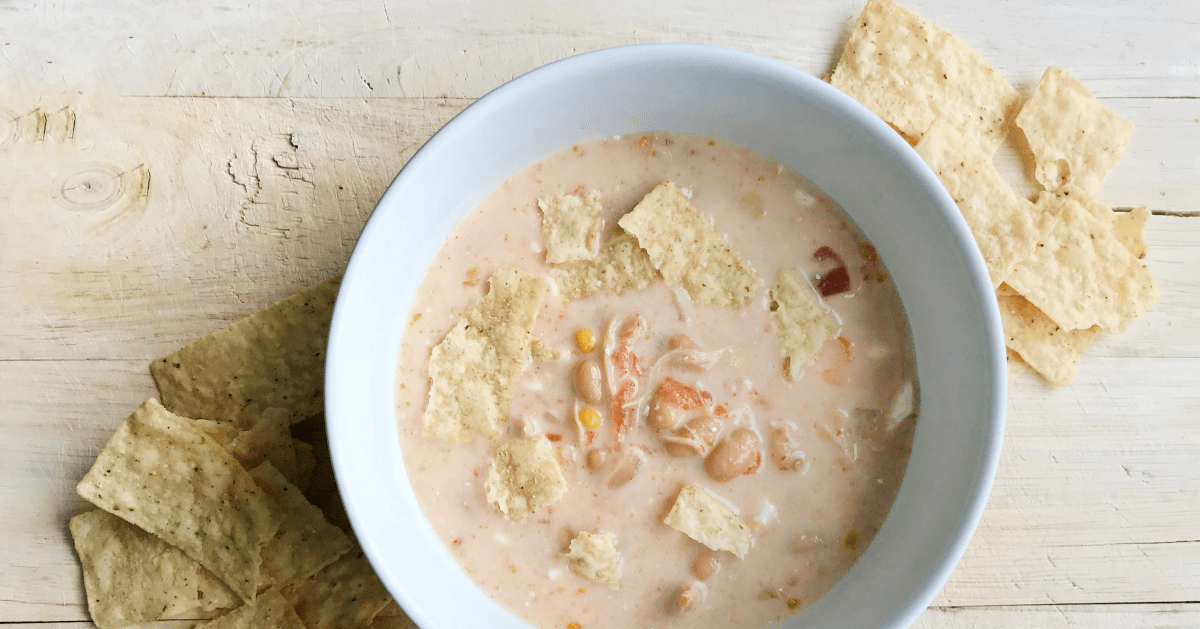 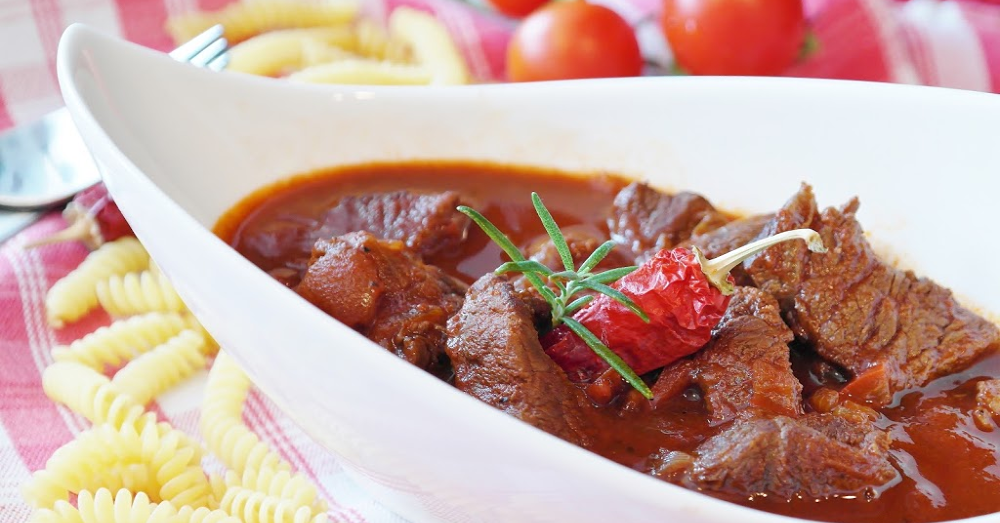 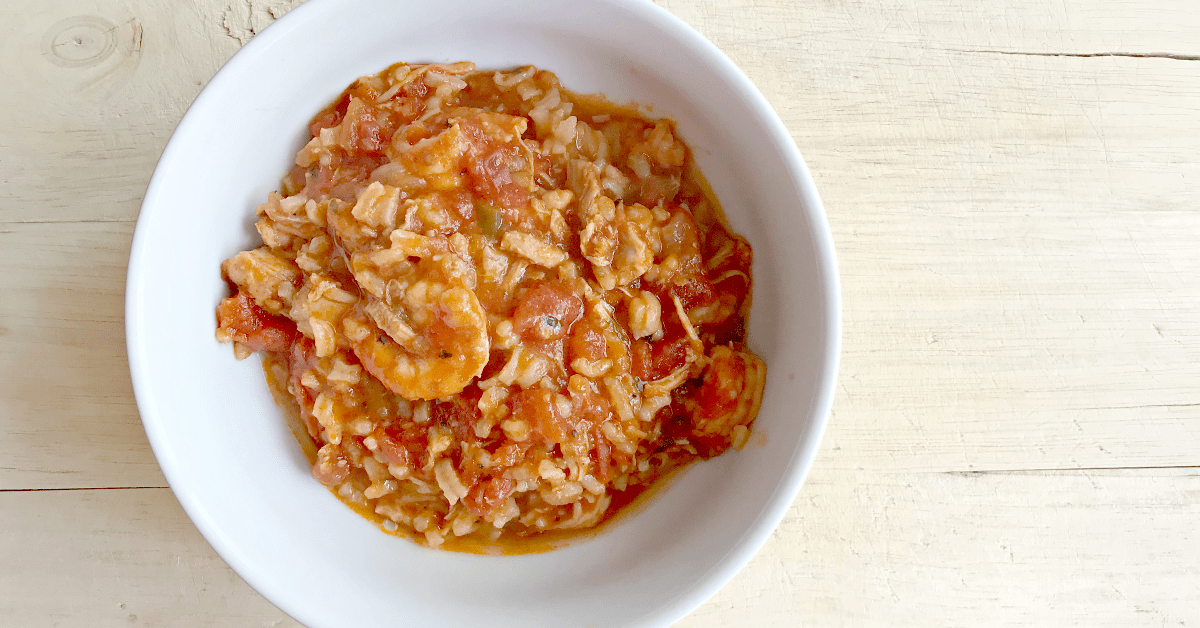