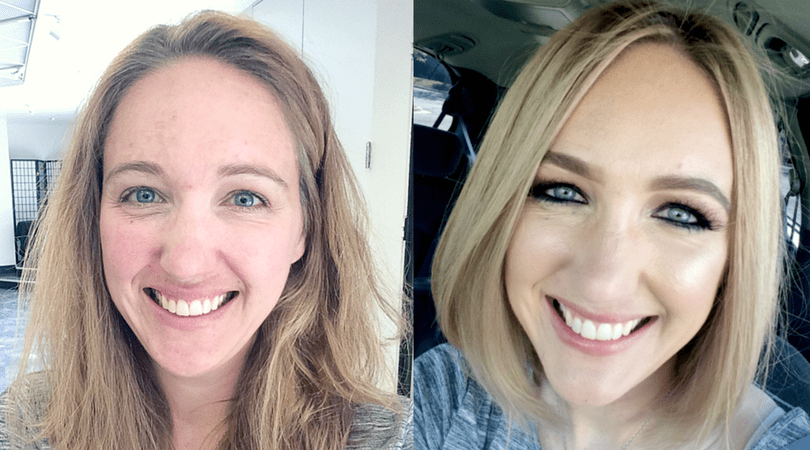 Sometimes I find myself in the midst of crazy, once-in-a-lifetime opportunities because of blogging, and other times it’s simply because I’m in the right place at the right time. Getting a hair makeover by celebrity stylist Johnny Wright is one of those “right place; right time” chances. 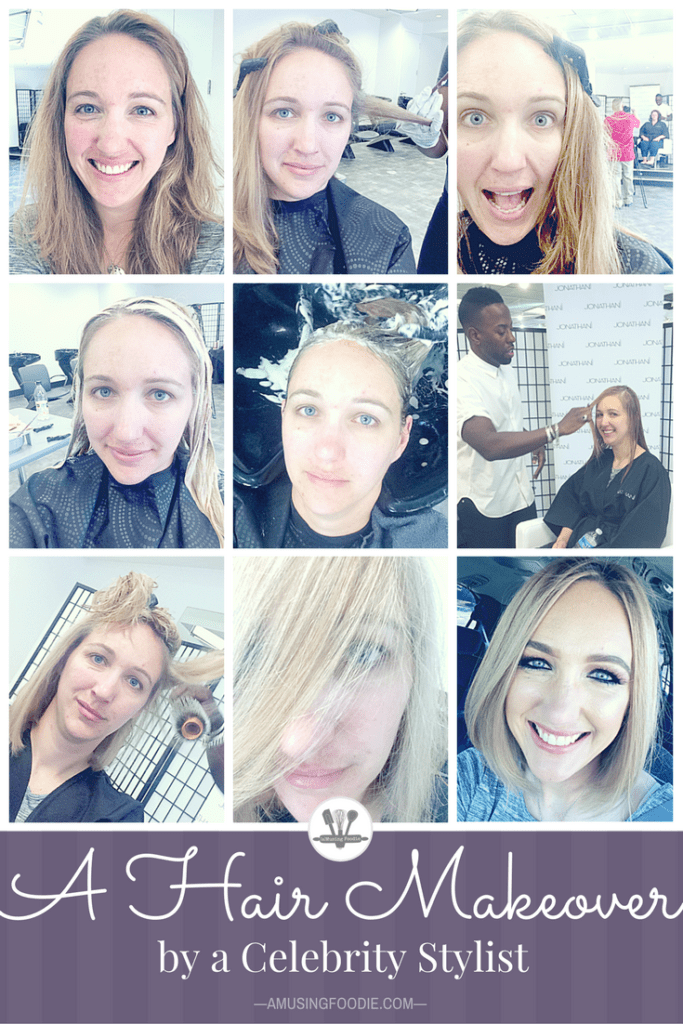 By the time spring 2016 rolled around, I’d been growing out my hair for five years, and in that time I’ve had a slew of different cuts—layered and funky, to long and natural—all without the use of hair dye.

Don’t get me wrong; I’m not opposed to hair dye. In the 20 years preceding those five, I’d had nearly every color imaginable, from super blond, to blue-black, to red, and a range of variations and mixes in-between.

Then, that April, I felt the need to add a little fake color back into my life. To have some stylish fun with it! So, I made an appointment at The TEMPLE with a Phase 2 Future Professional, and some broad ideas for a new style. I’ve been meaning to try The TEMPLE for-EVER; so many friends have had such great experiences.

After it was all said and done, I decided the look was less intense than I wanted. It was a beachy, golden balayage—super pretty!—that looked very natural.

I realized after five years of B-O-R-I-N-G hair, what I really wanted was something bold and ashy, an unnatural-looking mix of browns and blonds to give my hair character and flair. Lexi and I had a chat after she was done, and I promised next time we’d have a lot more fun with colors. She seemed up for the challenge, and perhaps even excited! Yay!

Fast-forward two months later, and it was about time for me to make a hair appointment. Before I could, a friend of mine who worked for Jonathan Product announced they were looking for hair models to support a series of tutorial videos being made by their ambassador, Johnny Wright.

How about if I add “Celebrity Stylist” before Johnny Wright. Now?

Back to my original statement: I was now in the midst of a once-in-a-lifetime opportunity.

A chance to have the one and only Johnny Wright—hair stylist to Michelle Obama (former FLOTUS!!!) and Tamron Hall, and frequent guest makeover stylist on The Wendy Williams Show—give me a hair makeover.

Sure, I’ve been growing my hair out for five years, and, okay, I wouldn’t have a say in the end outcome.

Before I was “accepted” into the makeover chair, I had to send a shot of my hair from the back so Johnny was able to determine if I’d be a good fit for the project.

Spoiler alert: I was accepted. 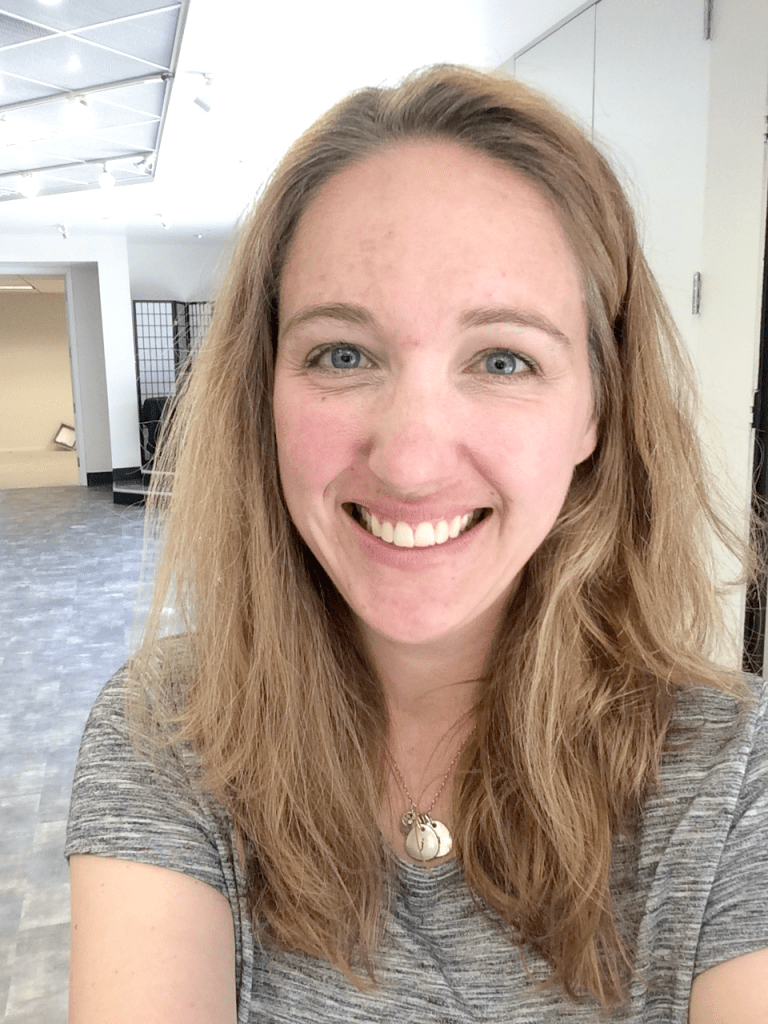 This before shot is my hair, blow dried for a couple minutes, and then left to air dry. I wanted Johnny to see how it behaved with minimal styling, because since kids I have a sort-of wavy natural vibe to it that can be tricky to work with; but, with the right cut can also be easy-breezy and fun.

His immediate reaction upon my entrance into the studio was, “She needs to go shorter and blonder. Like, really blond.”

There were three of us there that day for makeovers, each with a different Jonathan Product focus. Mine was Dirt, a fun texturizing/smoothing line that works great for hair like I have.

First up: hair dye. Or, rather, BLEACH followed by three different toners. 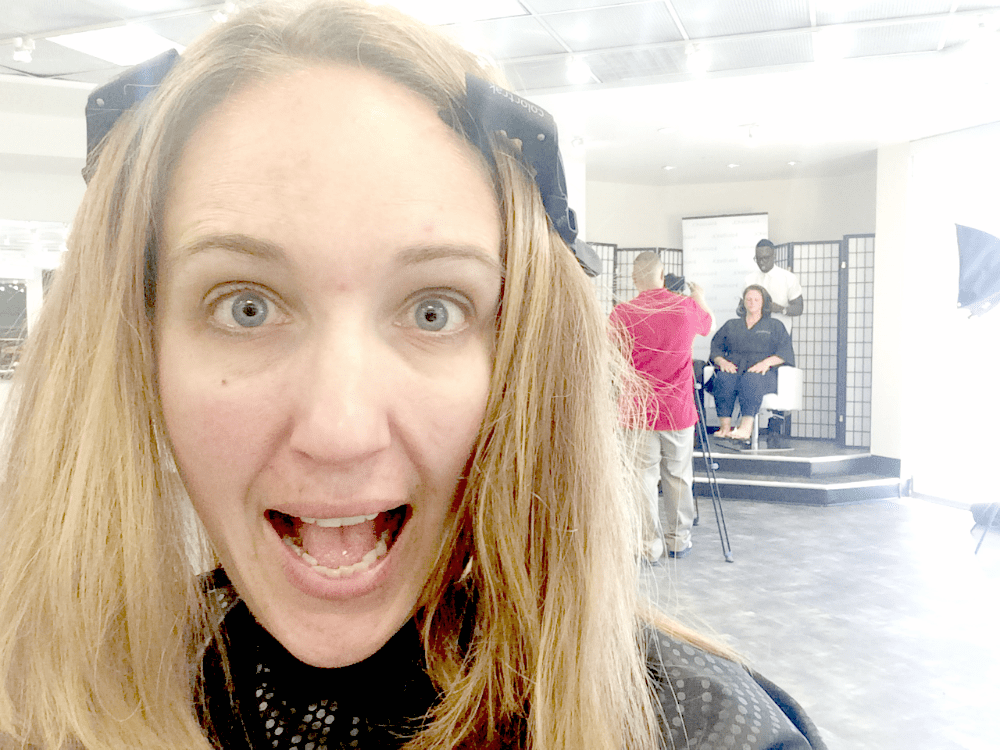 Johnny’s assistant, Yene Damtew, handled all the bleach and toners—three different toners, to be exact. Apparently my hair had turned a bit … bronzy and golden … and needed to be remedied, something I constantly struggle with when I go blonder. 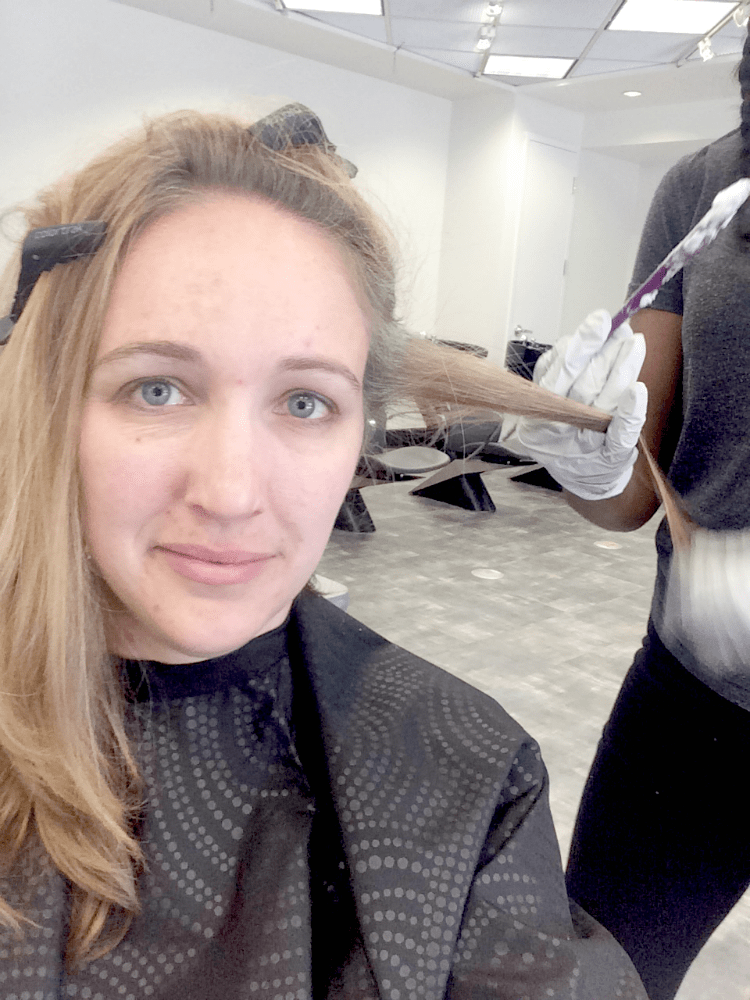 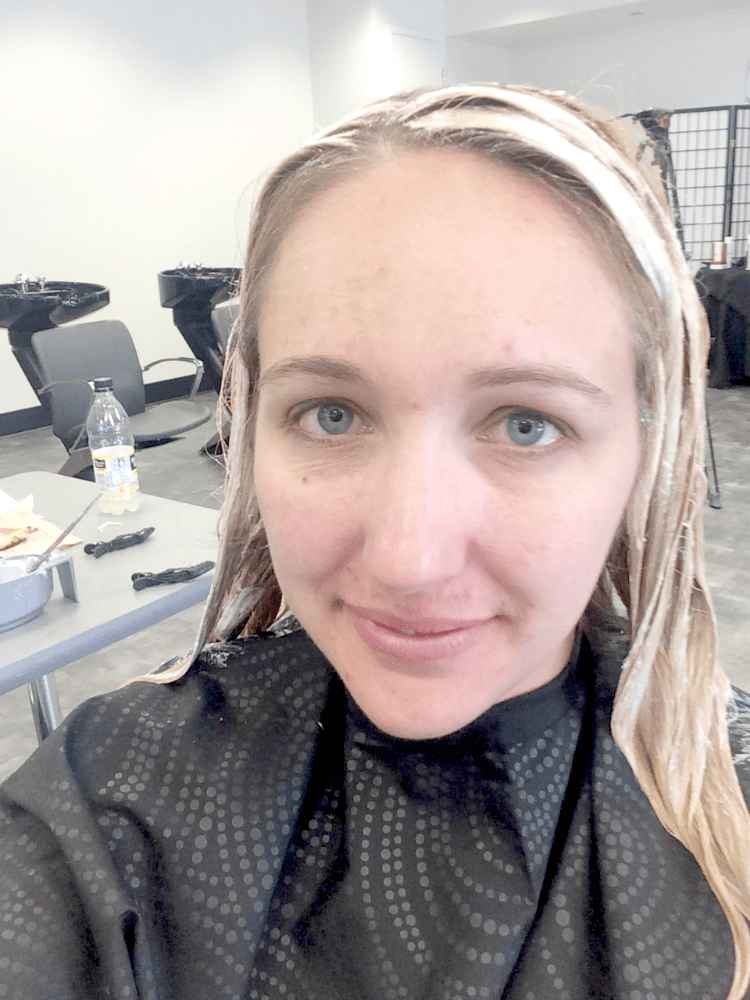 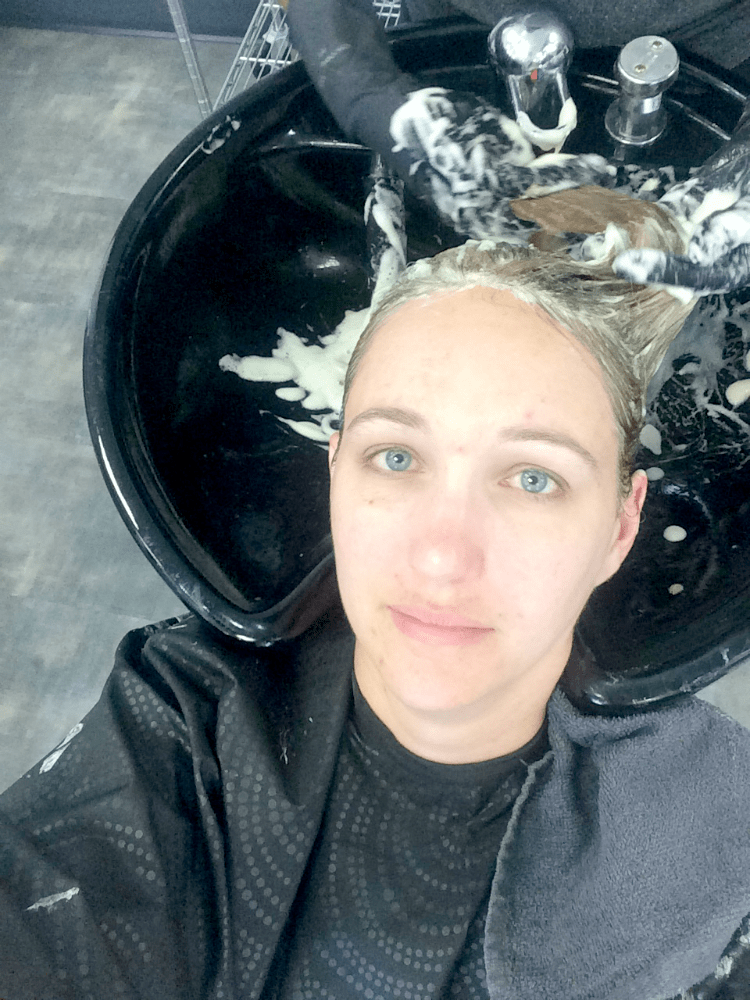 And, once the color was complete, it was time for the magic to happen with the cut and style. 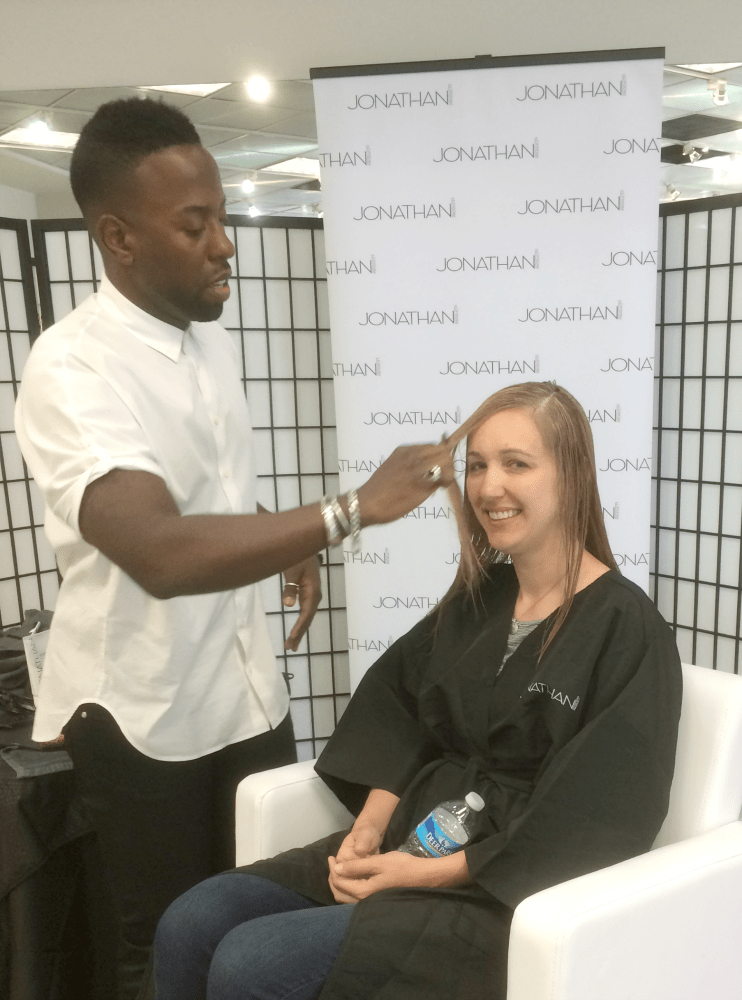 My hair was pretty long* when this started. Not necessarily “donate to charity” long, but a good six inches down my back. And, with a quick snip-snip of the shears, it was scissored up to a more fun and breezy shoulder-length bob. 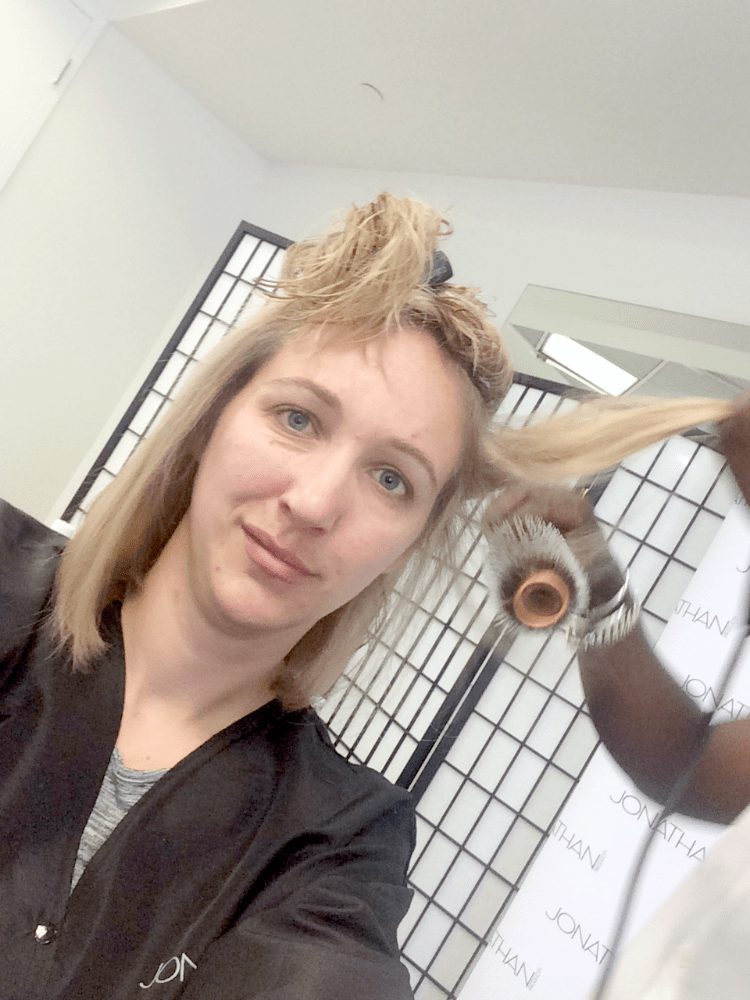 This, however, was no ordinary bob.

Johnny did some crazy techniques underneath, all around, and at the bottom to give it some texture and depth and shape, the details of which I’ll probably never understand. That’s why he’s the expert.

At some point after the initial blow dry, and before the finishing cuts and styling, he paused momentarily to attend to one of the other models, that I decided to snap a quick shot of my hair, post-bleach and cut. 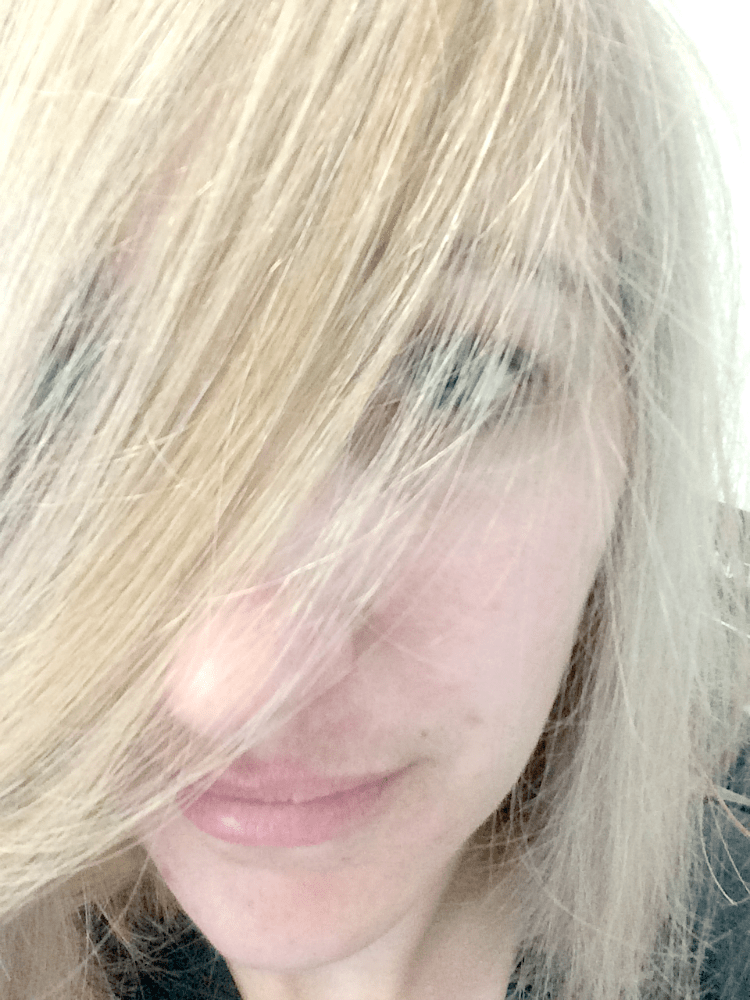 The cut and color were a dramatic change, but nothing compared to the shock of seeing my face after the talented artistry of Makki, which each of us had the pleasure of indulging after our hair was complete.

I mean, my makeup routine currently includes under eye concealer, blush and a little mascara. For nearly everything (day-to-day OR a dress up event).

The transformation of my made-up face was shocking. Like, “WHO IS THAT?!” shocking.

I wasn’t the only one who felt that way.

When I did Facebook Live from the Pursuit of it All Facebook Page, people (including my very own husband) were just as shocked as I was. The change was THAT significant—exactly what you want with a proper makeover!

I had an amazing time, and was fun getting to know that new ‘do, and trying out different styles with it—wavy, straight, or sleek. And, if you’ve been following me for a while since then, you’ve probably noticed that things have changed with my hair at least half a dozen times since, and I have Johnny to thank for pulling that hair-change bandage off for me again!

UPDATE: Here’s my #hair when it’s wavy instead of sleek (and not #styled by the magical hands of @johnnywright220). Still loving it! ✂️ #hairstyle #makeover #haircut #hairdo #hairmakeover #blondhair #shorthair

And, Johnny? He was a hoot. I’m secretly hoping he calls me back for the next video shoot so I can do the whole hair model thing all over again. 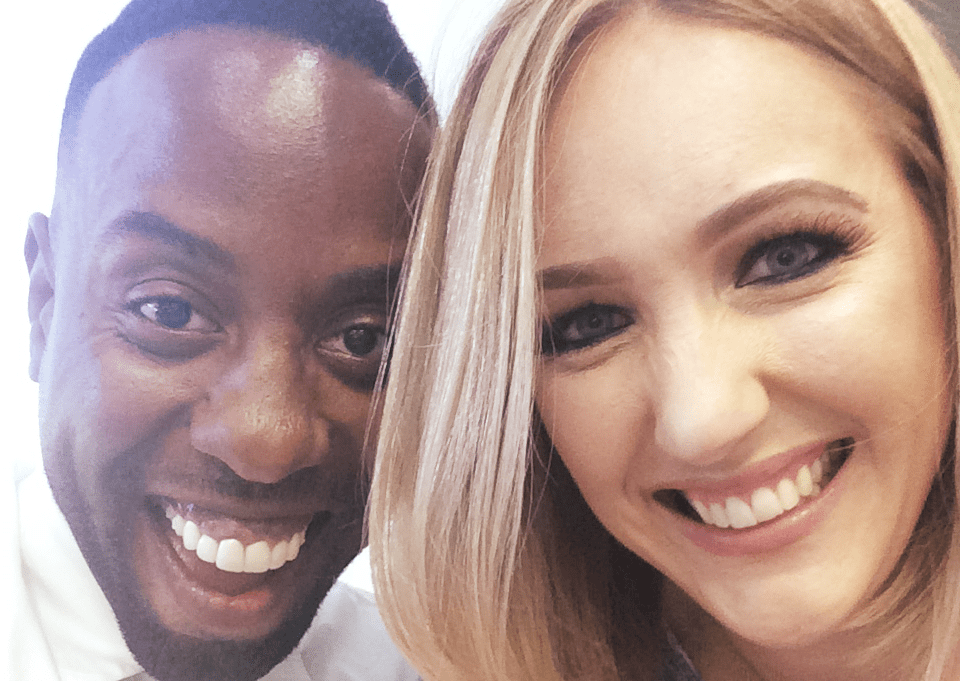 *When I told my kids about this awesome opportunity, I was surprised to find that they were VERY nervous about it. My son, in particular, was worried that I’d end up with something devastating. A cut that I’d hate, and color I’d loathe. It was a great segue into a conversation about how hair doesn’t influence my confidence, and that regardless of what I ended up with, I’d appreciate the opportunity. You can’t expect to experience something truly awesome without the risk of having a fail — true in so many aspects of life. Also? It’s. Just. Hair. 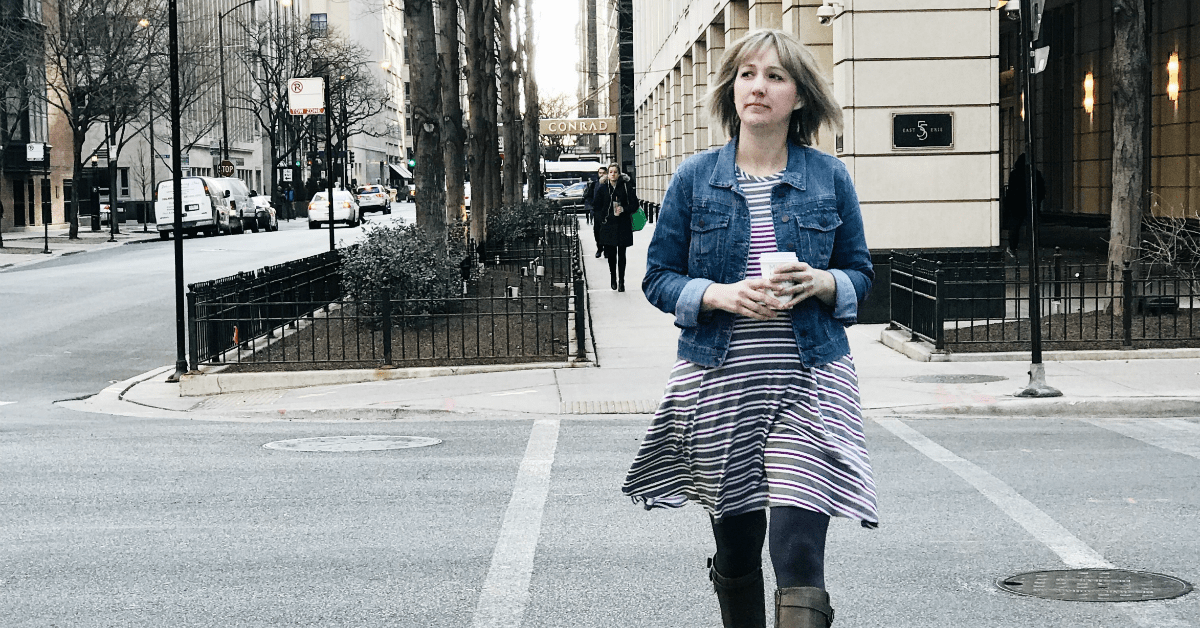 5 Tips for an Overnight Getaway 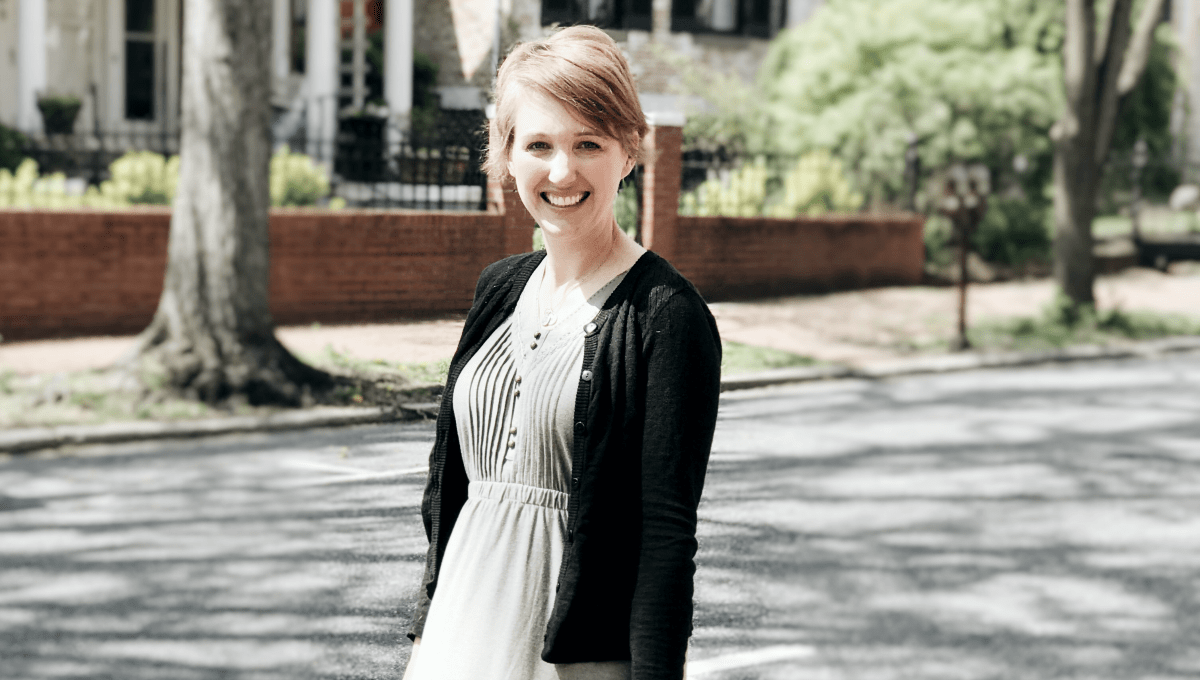 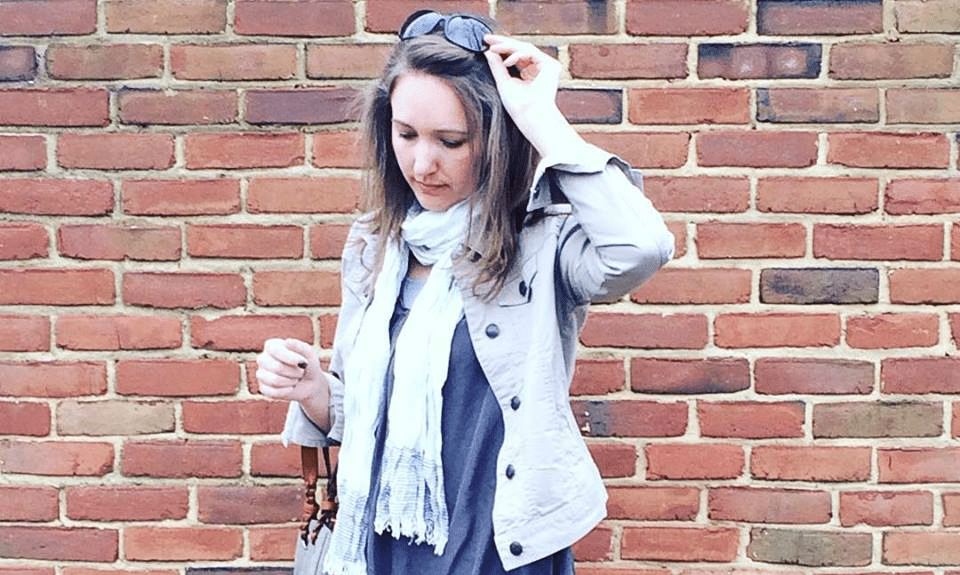 How To Dress for a Conference