The thing about peaches more than any other fruit though, is that they screeeeeeeam summer, big time. Like, late, lazy, almost-back-to-school summer. After a recent local haul, I felt like I had to make something in addition to a cobbler. To go with the cobbler.

I mean, peach cobbler’s pretty darn good on its own … it’s SO much better with a delicious scoop of creamy ice cream on the side. 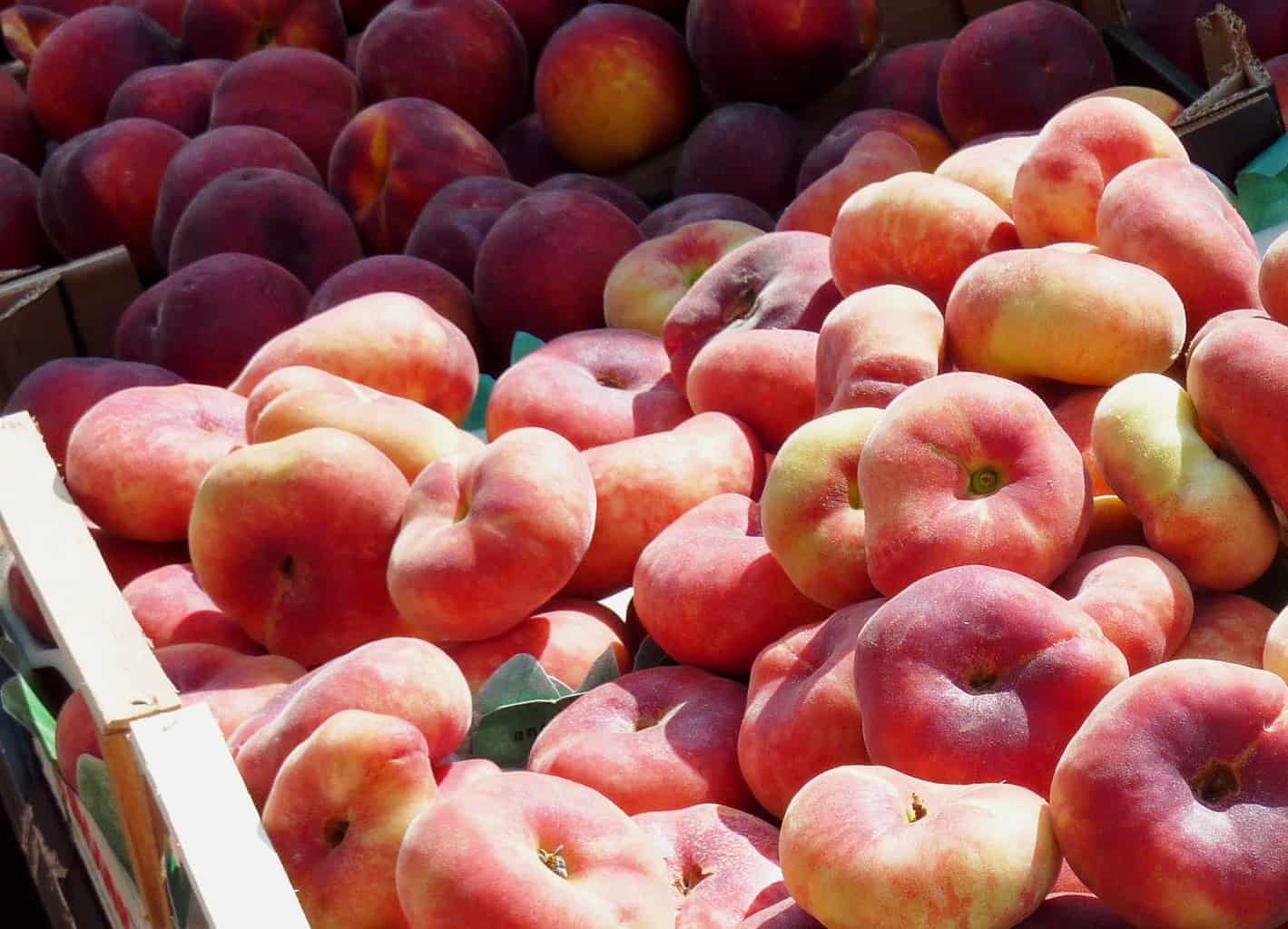 I scoured my normal slew of chefs to find a recipe I wanted to use for inspiration, not being a regular ice cream maker myself. Ultimately, I settled on Tyler Florence’s Vanilla Bean Ice Cream Base to get started (though it’s hard not to go with an Alton classic). Tyler is, after all, one of my old faves from the Food Network. The positive reviews of this ice cream are endless, and the custard style sounded like the creamy, dense ice cream I like best.

With my goal of a peach ice cream at hand, I had to make a few (just a few) alterations:

I halved the recipe to yield two quarts of ice cream instead of a gallon, and I added one teaspoon of pure vanilla extract and the skins of four peaches to the cream mixture prior to the letting it steep. And unlike Tyler, I used my KitchenAid stand mixer with a whisk attachment instead of hand-whisking the egg yolks. (Why not, right?)

I also diced four peeled peaches, mixed them with a half-cup of sugar, and then set them in the fridge to macerate overnight. Next morning, I separated the peaches from the juice and made a reduction to thicken. I then swirled the peach juice reduction into the ice cream once it firmed up in the machine. The peach chunks were added last. Mmm… 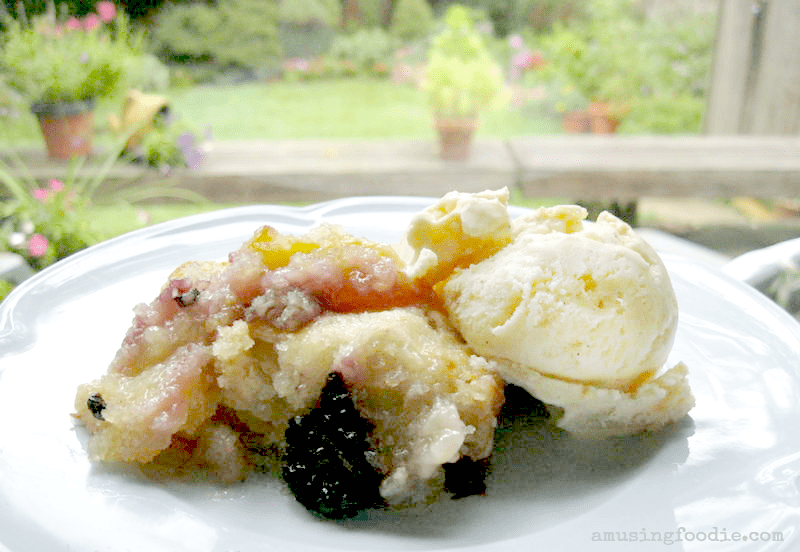 I left the cream mixture to set in the fridge over night, which is supposed to yield the creamiest and richest version of this recipe, according to Tyler. And, it turned out fantastic! Especially with peach blackberry cobbler…

For the ice cream:

For the peach juice reduction: