This homemade key lime pie recipe is easy to make and loved by all! 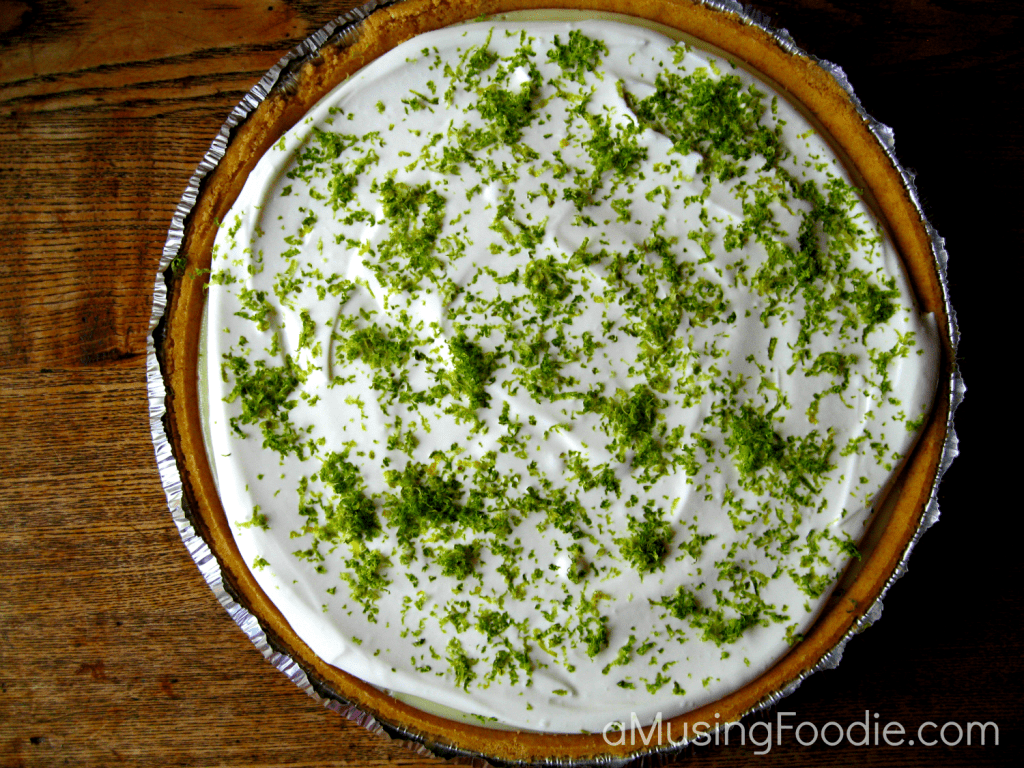 My little sister turned thirty years old in 2013, and that particular birthday happened amid some very cool events.

That weekend we celebrated on her actual birthday by spending three days in the Dolly Sods Wilderness, something that took this older sister’s body a little time to recover from, but was completely and utterly worth it.

A weekend later we also visited my parents’ homestead to have a birthday gathering with the whole family, and to also bid her “bon voyage” because she was moving to Brooklyn a week later.

As in New York, not Maryland.

At the time, people paused when they heard this because she and her husband were farmers in Maryland.

“What’s a farmer doing moving to the big city?” they asked.

Funny thing is, we grew up just outside of Washington, D.C., and I, in particular, spent a lot of time in Georgetown and other parts of the urban sprawl in my teen years. People who know us as adults living in Frederick and more rural parts of Maryland don’t remember that the “big city” isn’t foreign to us.

But, I get it. She and Shawn are farmers, and in 2013 they were running the Community Farm at Sandy Spring Friends School. It’s hard to picture farm life and city life merging in a real-life way.

Turns out, Shawn got an amazing job working with Grow NYC, and spends his days improving New York City’s quality of life through environmental programs that transform communities block by block. It empowers all New Yorkers to secure a clean and healthy environment for future generations.

And Josie landed a position with The Battery, now working as the deputy park manager (which includes maintaining their urban farm and other educational resources).

So, that year, given the move was only a week away, I decided to forgo a regular birthday present since that would mean one more thing to pack.

Instead? I made this … it’s one of her very favorite desserts. 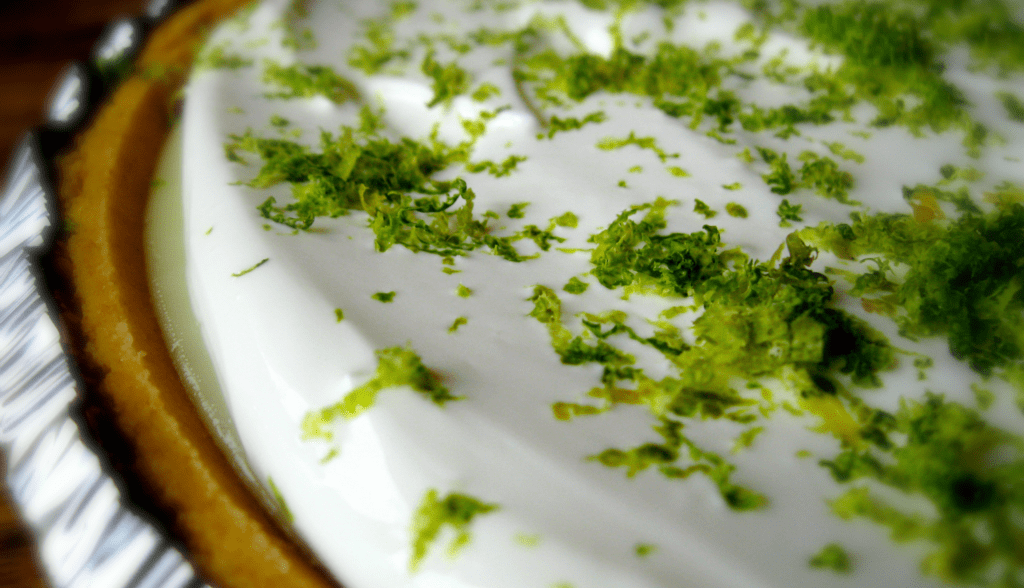 This key lime pie recipe couldn’t be any easier, or any more delicious and satisfying.

Simply pour a whisked filling of sweetened condensed milk, eggs, lime juice and zest into a pre-baked store bought graham cracker crust, and then bake it off for fifteen minutes. 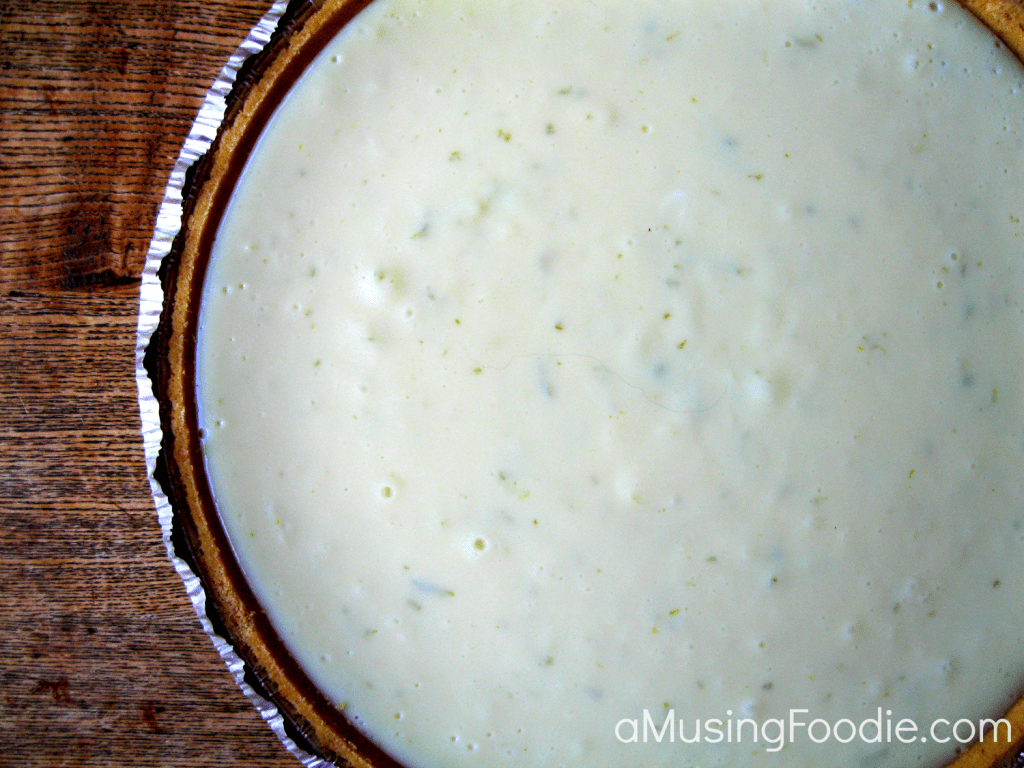 This is where my recipe differs from many other key lime pie recipes.

I add lime zest to the pie filling, because lime juice alone doesn’t make it as tart as I like!

After the key lime pie has cooled completely and chilled for a while (I prefer to leave mine in the fridge overnight), then it’s covered with a tangy sour cream topping and sprinkled with more lime zest.

Because everything’s better with more zest! 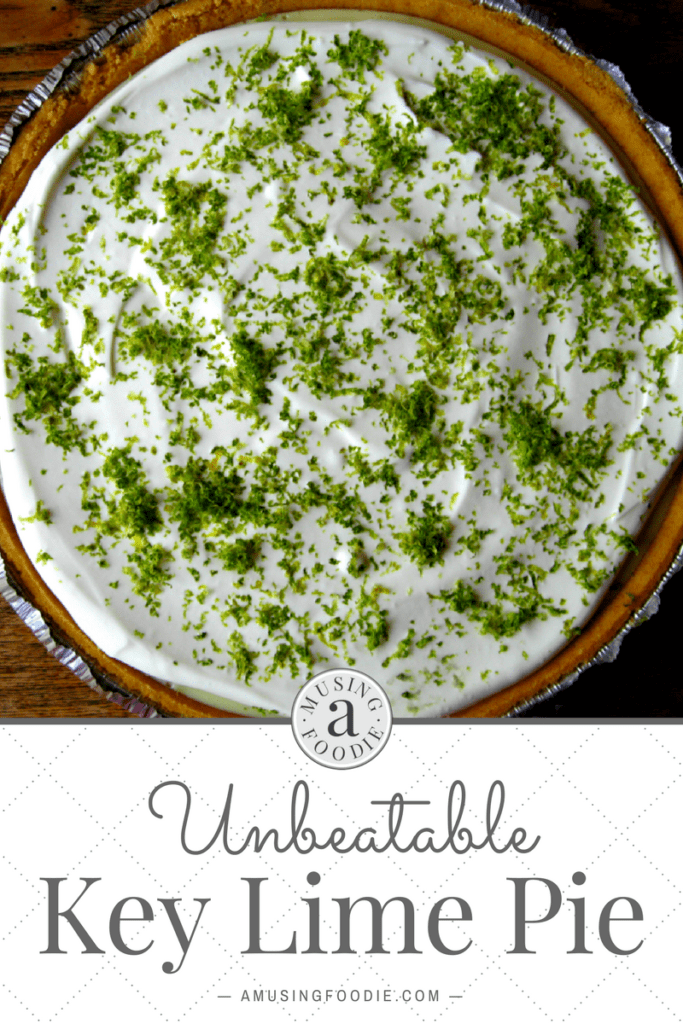 Here are some kitchen tools I used to make my key lime pie:

This homemade key lime pie recipe is wonderful chilled as-is, and it's excellent as a frozen dessert too!