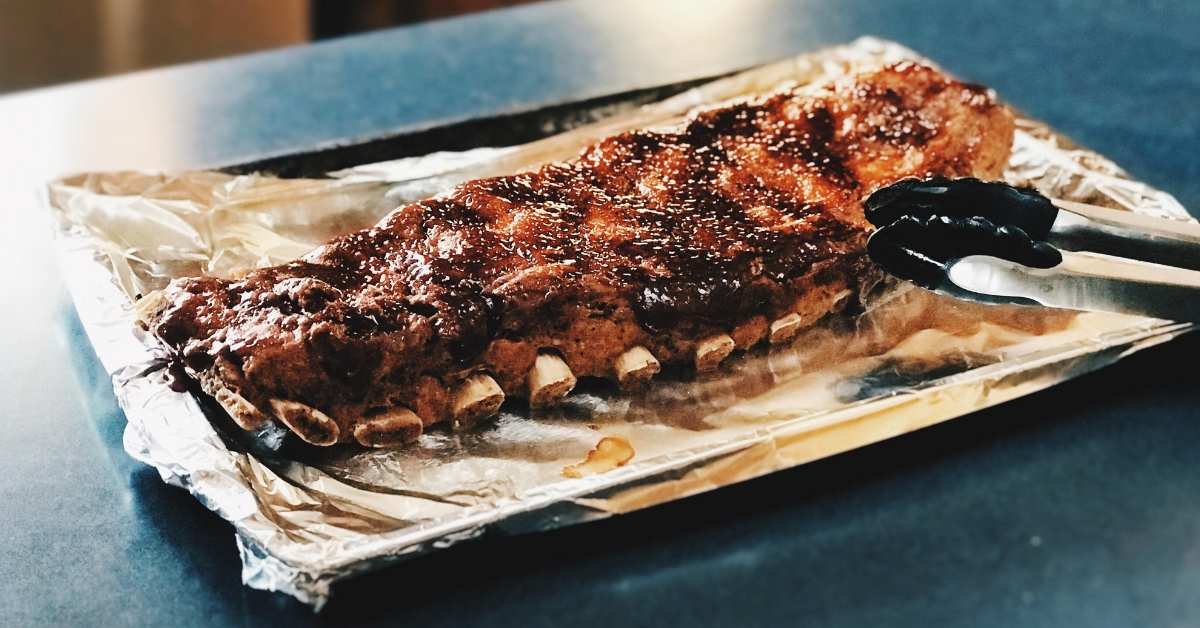 These pressure cooker ribs are full of flavor and simple to make, even on a weeknight. Cook and serve these Hatfield® Marinated Pork Ribs in less than an hour — perfect for back to school or any other time of the year!

This shop has been compensated by Collective Bias, Inc. and its advertiser. All opinions are mine alone. #FALLInLoveWithHatfield #MakeEasyMoreInteresting #SimplyHatfield #CollectiveBias 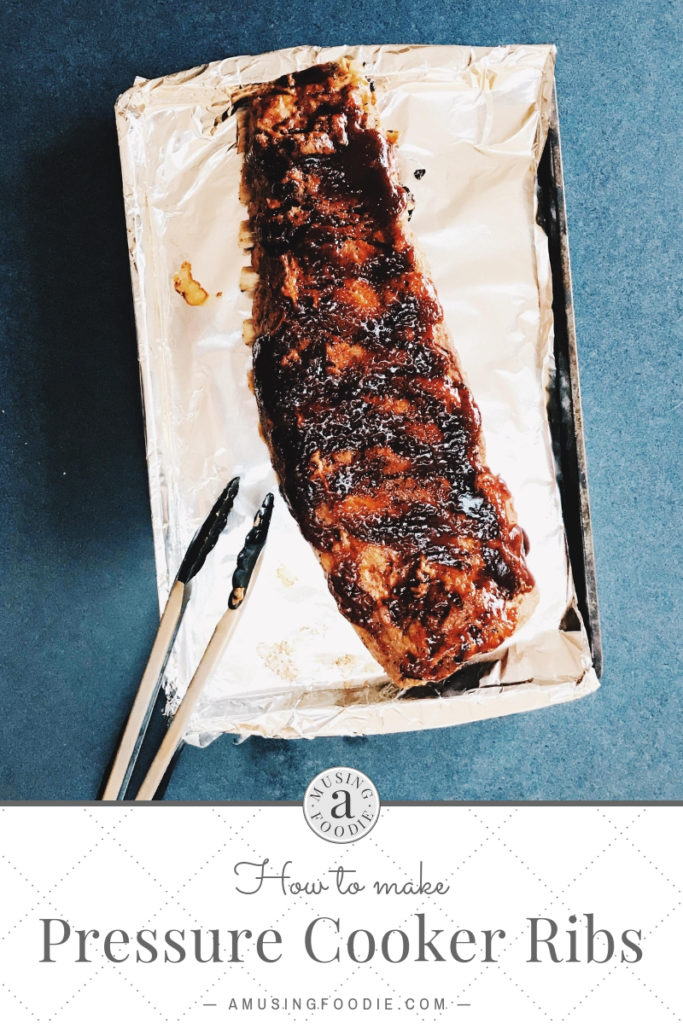 We’re no strangers to busy weeknights and harried dinners over here. I work full-time and with the kids back in school, everyone’s pace has exponentially increased.

Long weekends like Labor Day are coveted — a chance to unwind, put our feet up, binge some TV and just relax.

And … eat lots of yummy food. I love recipes that can just as easily be cooked and served during the week as they can be made for parties and other end-of-season holiday gatherings.

Take one of my favorites: BBQ ribs.

Sure, they’re delicious cooked low and slow on a grill or in a smoker. They’re even delicious made in a slow cooker.

But, let’s say you don’t have eight or more hours and you reallllly want ribs…

This is where the electric pressure cooker comes to the rescue, along with the simplicity of family owned, American made Hatfield® Marinated Pork Ribs. From their dry rub seasoned tenderloins (including #1 Marinated Tenderloin in NE — Tuscan Herb Tenderloin) to their slow-cooker-ready pork roasts, delicious fresh pork makes dinner less about the cooking and more about the family. Bonus: it’s also ethically raised and gluten free.

How to Make Pressure Cooker Ribs

I picked up a package of Hatfield® Marinated Pork Ribs in the meat section at the local Schnucks grocery store in Bloomington. It was easy to find, right in a standing case in the aisle along all the other fresh meats. 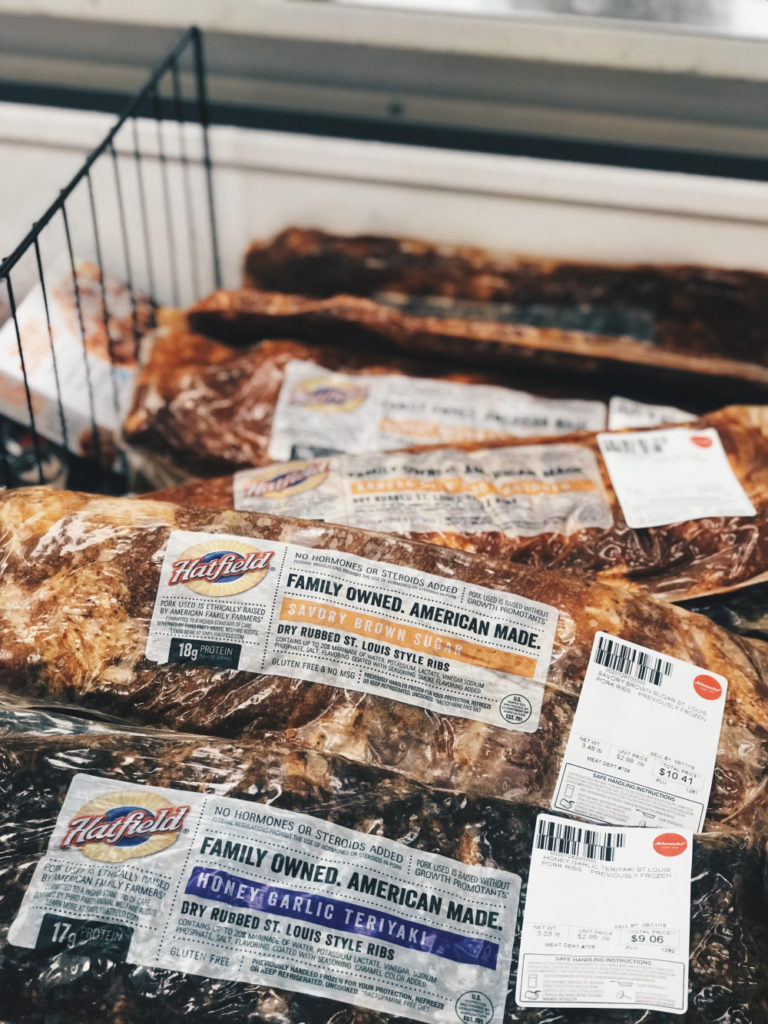 Once home, prepping them for dinner was a breeze thanks to the fact that they were already marinated and because of my handy-dandy electric pressure cooker.

First, I used kitchen shears to open the package on a couple layers of paper towels (they help keep things from splattering).

Next, I gently bent them into a curve, bone-side facing out, and placed them into the metal insert of my electric pressure cooker.

Some people like to use balled up foil or a trivet to keep the ribs from touching the bottom, but I find a) it’s not really necessary for ribs — they don’t burn or stick, and b) sometimes that makes the ribs too tall for my six-quart device.

After the ribs are nestled in place, I add about a cup-and-a-half of water to the bottom of the metal insert.

You’ll want to use one cup at a minimum, but I find a little over that works best. Any more liquid for this recipe and you risk steaming too much, and since I don’t use the broth for anything once the ribs are finished cooking, I don’t need volumes of liquid anyway.

After the water’s poured, the lid gets secured in place. I use a manual setting for twenty-five minutes on high, which typically gives a good fall-off-the-bone texture for ribs, without being mushy. You’ll want to play around with the time, up or down five minutes, until you get a texture you love.

Also, remember that it takes a little time for the electric pressure cooker to come to temp and then begin the counting down process.

Even though I’ve set the cooking time for twenty-five minutes, the over-all cooking time is closer to thirty-five or forty minutes to allow the device to come to pressure.

I also let the pressure naturally release on its own for ten to fifteen minutes after the time’s up before giving a manual quick release.

The ribs are pretty much good to go straight from here at this point, and you can still see all the spices from the marinade in the bag. They’re full of flavor!

BUT, I like to give pressure cooker ribs just a little more kick by adding a layer of BBQ sauce on top and then broiling them for two minutes in the oven.

The sugars in the BBQ sauce caramelize just a bit to create a sweet crust that goes perfectly with the savory, full flavor of Hatfield® Marinated Pork Ribs.

*If you use a pre-seasoned package of ribs like Hatfield® Marinated Pork Ribs, you can skip step two. 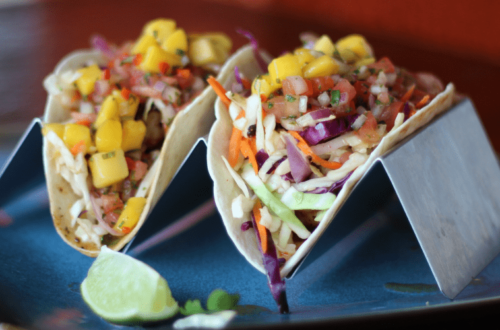 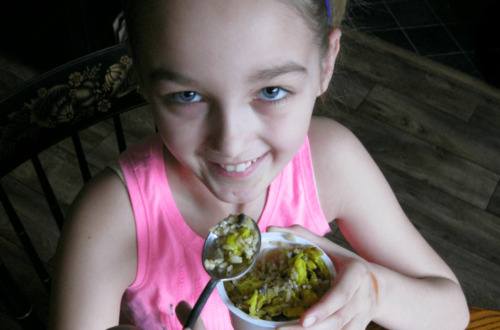 Easy Fried Rice for One 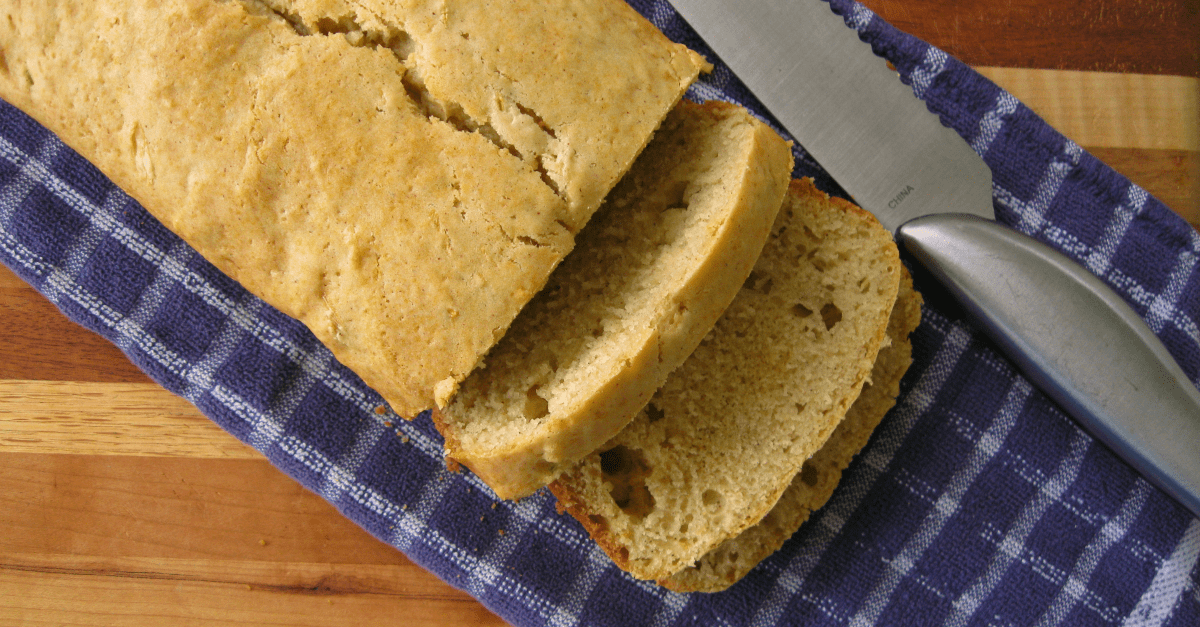