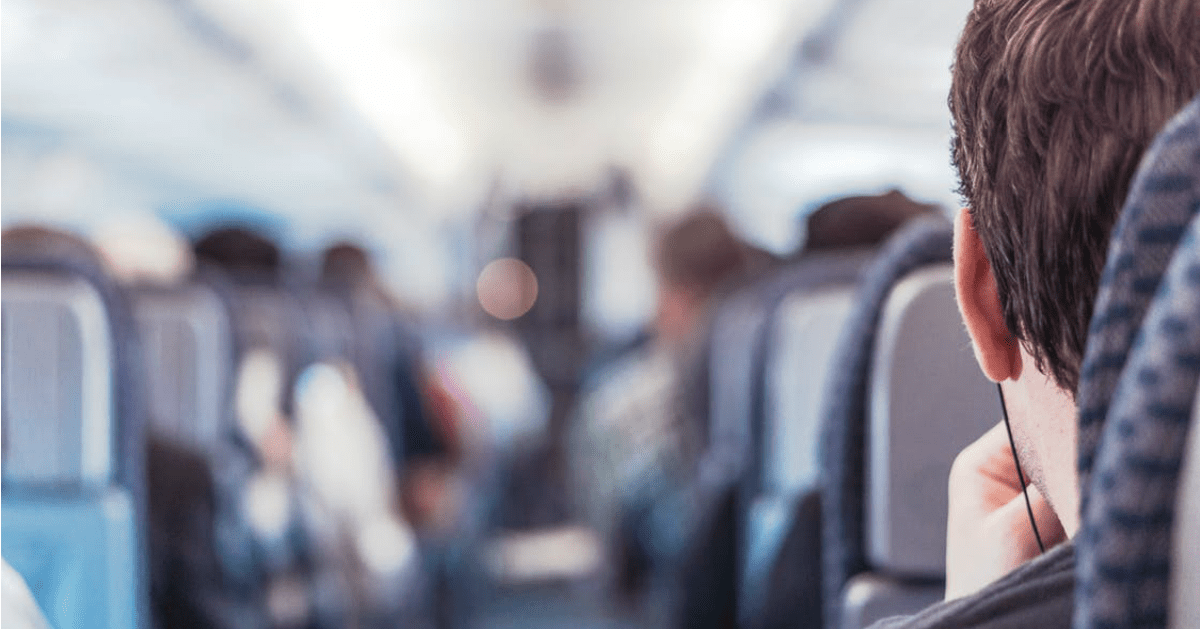 You need to stop these 5 airport bad habits right now. 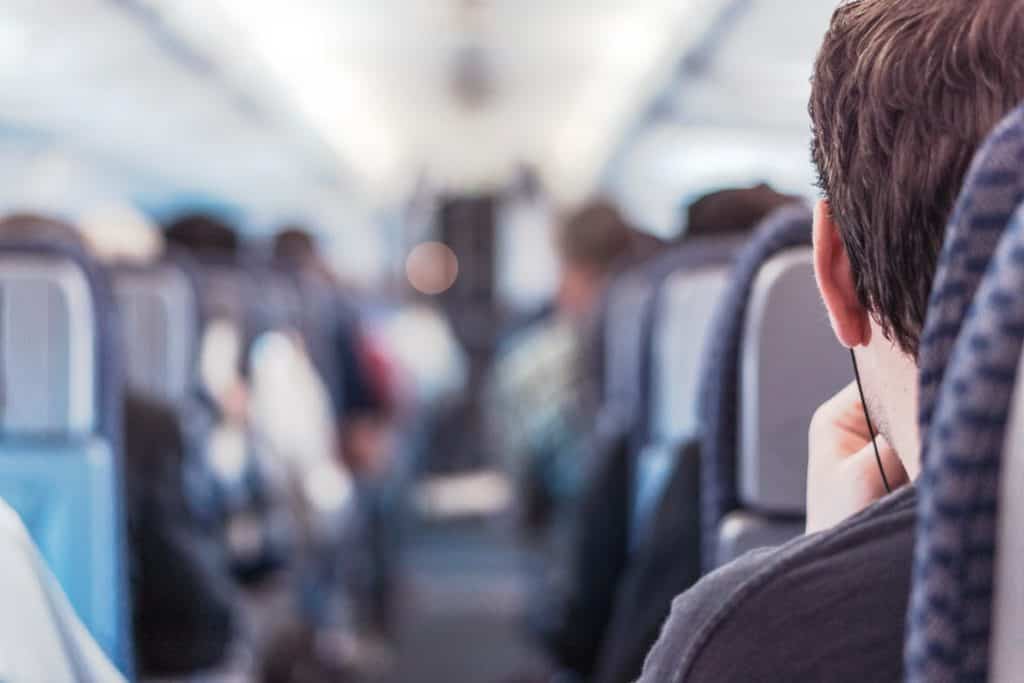 About once a month I travel for business trips, and I find myself in an airport headed somewhere far from here … to meetings, conferences, or something else job-related.

The closest airport is in Baltimore, and when I’m headed to Illinois (a frequent work destination) unfortunately none of the airlines I’m able to use have direct flights. (Read: not Chicago.) This means I spend a significant amount of time in airports, consumed by layovers.

It’s not all bad, really. The stress that comes with a quick layover (especially in Atlanta) has encouraged me to always take the longer one, ideally with two or three hours in between flights. That means less running through concourses, and more leisurely strolling and food-eating.

Who doesn’t like time to devour a yummy cheeseburger? Or a personal wood-fired pizza with a glass of wine? Or a really moist carrot cake cupcake with cream cheese frosting and chopped walnuts … om-nom-nom … The food in airports has improved exponentially over the past decade, friends.

The other things that a longer layover allows for include people-watching (some of the best, I might add), catching up on my reading lists (will I ever be done with the Outlander series???), and getting a little work done (email for dayyyyyys).

My most recent trip also reminded me that there are other things that can (and do) get wonky when faced with thousands of people, all trying to figure out how to get from Point A to Point B in a short and specific amount of time.

I tend to be a very easy-going, “you do you” type of personality. I’m not easily bothered, because quite frankly, I have more important things to worry about than whether or not someone remembers to say “Bless you!” when I sneeze, or if you rush past me with the obvious goal of getting ahead in the boarding line.

There are activities, however, that make me wonder, “Am I odd for noticing how bizarre these behaviors are? Is it just me???” Because it’s more than just a few people who do them. And I’ll sit and ponder (sometimes posting to Facebook, asking friends if I’m an enigma or if it’s simply that no one ever says anything). Kind of like the negatives that come with child-bearing that women never mention (but that happen to every woman!) with pregnancy, childbirth and the early stages of raising an infant human … but, I digress.

What I’ve decided is that either people don’t care, or they don’t realize. Neither is okay. {smirk}

So, let’s talk about them! 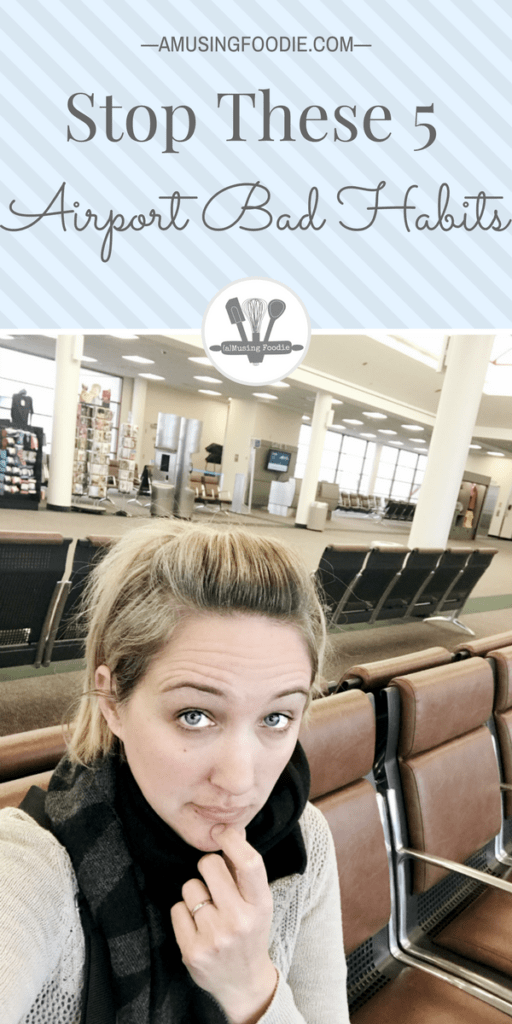 1. Talking loudly and for a ridiculously long time with your cellphone on speaker.

On my last airport jaunt, I had the pleasure of listening to an entire hour-long conversation between a businessman and his co-worker. ON SPEAKERPHONE. He hadn’t moved to a less-crowded spot in the terminal, nor was he trying in any way to be discreet. He held the phone down at his belly, and spoke in a loud voice the whole time. I heard about everything from the company’s shipping problems to why this gentleman was traveling less (budget cuts for the business, in case you wondered), and also details about the business’ bank accounts. Ummm…

In the middle of a crowd of people is not the place for speakerphone. And I’d wager that the majority of people within earshot don’t want to be privy to a one-on-one conversation, personal or otherwise. There are options available, including (but not limited to) finding a more secluded area—any spot—that isn’t surrounded by tons of people; or, embracing the use of earbuds with a mic.

I’ll note that a friend of mine has a hearing impairment coupled with severe and regular headaches. Those issues make using earbuds, or even holding the phone to her ear, impossible. She uses speakerphone to have conversations. I get it. That makes sense. What also makes sense is when Grandma uses speakerphone because, it seems, she doesn’t realize that the feature’s on. Oops! Forgivable and understandable.

That said, the sheer quantity of folks who employ the speakerphone method of conversing on the regular tells me that most probably don’t have those same things going on (the odds are very unlikely). That rather they’re simply … aloof? Ignorant? Selfish?

2. Stopping in the middle of the concourse for no good reason at all.

This one elicits a similar visceral response to being behind a driver who doesn’t know how to properly use turn signals. Or, worse, chooses not to use said turn signals.

We’re all hustling in the airport. And in the age of traveling light vs. checking luggage, we’re also dragging along multiple bags. The concourse is wide, and inevitably people walk across all parts of it, unwilling to follow normal traffic flow ideology that suggests you keep to the right, and—if you’re a slower person—you keep alllll the way to the right.

None of this seems like rocket science, and yet travelers seem to struggle with the notion that they can’t just stop abruptly, mid-stride, to look around aimlessly or to check a text message. On many occasions I’ve been behind someone and nearly crashed into him/her, bags flailing, because an abrupt halt was unexpected. And, don’t get me started on the groups of people who travel together, stopping and going in a manner that both is unexpected AND prevents you from easily getting around them.

Be aware and thoughtful of your surroundings. That’s all I ask!

I fly Delta most frequently these days because it’s one of the few approved airlines that go from Baltimore to the town where my company’s home office is located. Whether I’m in Baltimore, Atlanta, Minneapolis or Dallas, I’m always pleasantly surprised to find outlets galore at the Delta gates, and usually a seat withing plugging distance.

Even still, with a packed gate there are never enough outlets for everyone, and there have been plenty of times where I’ve noticed people camped out in a coveted spot near an outlet for hours, or maybe worse, having never used the outlets despite sitting there.

A dead phone’s more of a problem now than it was years ago, if for the simple reason that my boarding pass is digital and on the phone. Could I print a paper copy in a pinch? Sure. Should I have to? Nope.

I’ve learned to be thoughtful with my seating choices, and if I’m able to grab an outlet-friendly spot I move to a different one when my battery’s charged up, and let someone else take mine. It’s the small things.

4. Not being ready at boarding time.

When they finally call everyone to board, it shouldn’t be unreasonable to expect that everyone’s boarding pass is ready to scan (digital or otherwise) OR that each person has ensured that carry-on bags meet the size requirements for the plane. And yet, without fail, there’s always fumbling at the gate.

I realize we can’t all be 100% ready all the time, so at the very least, if you find yourself unprepared (or wrong about what you thought would fit), don’t be angry or annoyed with the airline employee for telling you so. That’s even worse than not being ready and prepared.

5. Being obviously judge-y about parents who are attempting to fly with small children.

Parents LOVE traveling with small children! (Said. No. One. Ever.) Maybe that kid who’s running with abandon up and down the aisle between the seats at the gate is driving you batty. Chances are, she’s driving her parents even MORE batty. Even kids with the best temperaments manage to fail royally when faced with adventures that involve copious amounts of being quiet and waiting. Next time, instead of giving an eye-roll, or worse, saying something like, “Can’t you keep your son under control?!” use the opportunity to dive deeper into the book you’re reading, go for a little stroll to get a breather, or simply think of something thoughtful to say to the parent. Solidarity, you guys! Even though I’ve been out of toddler-dom for years now, I still remember those days. They were not easy, especially when traveling. Assume positive intent! That parent is probably trying his or her hardest just to maintain some semblance of sanity. 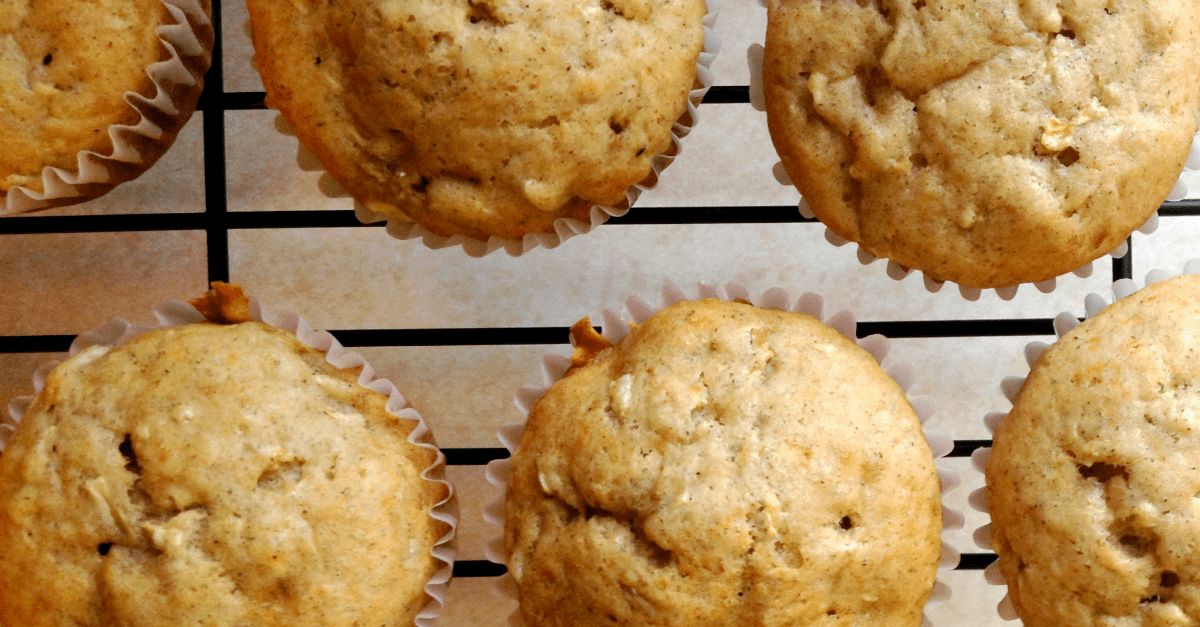 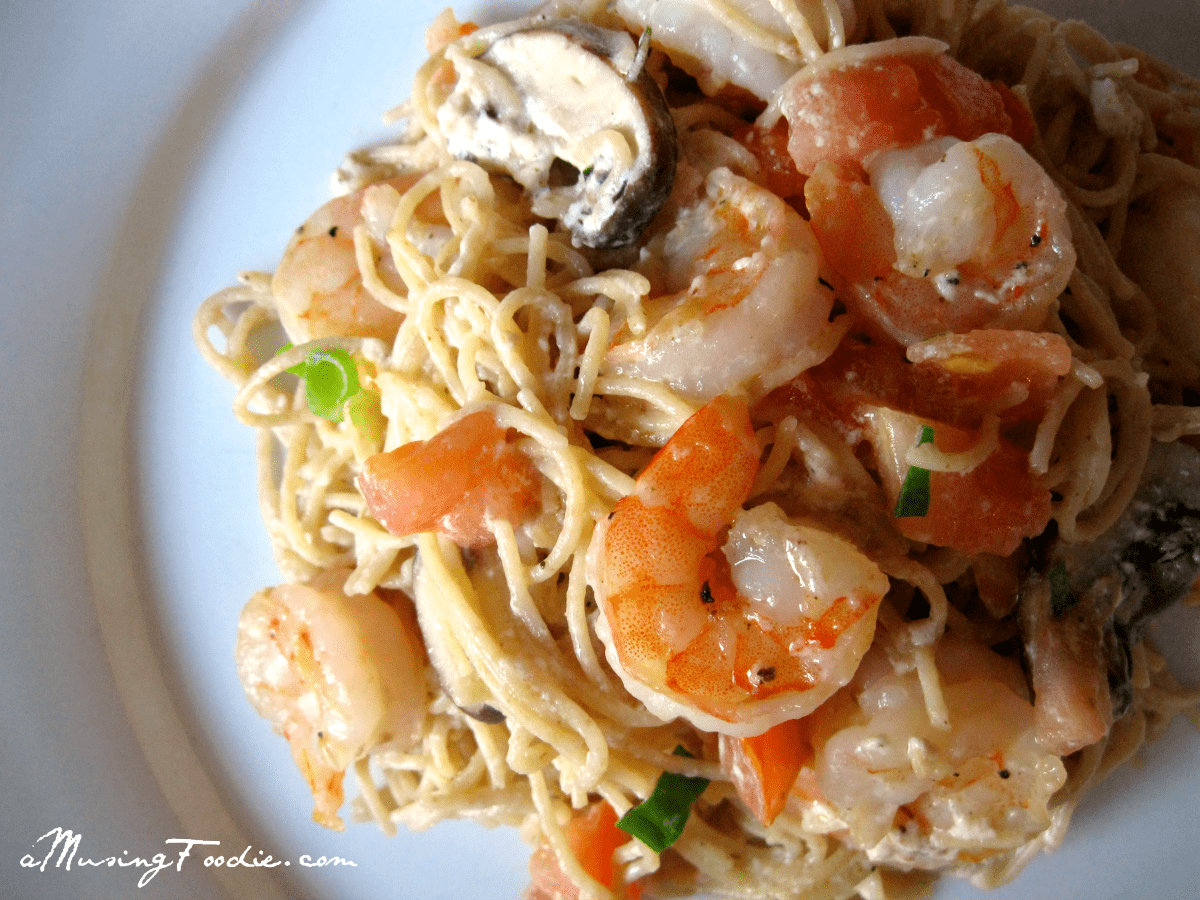 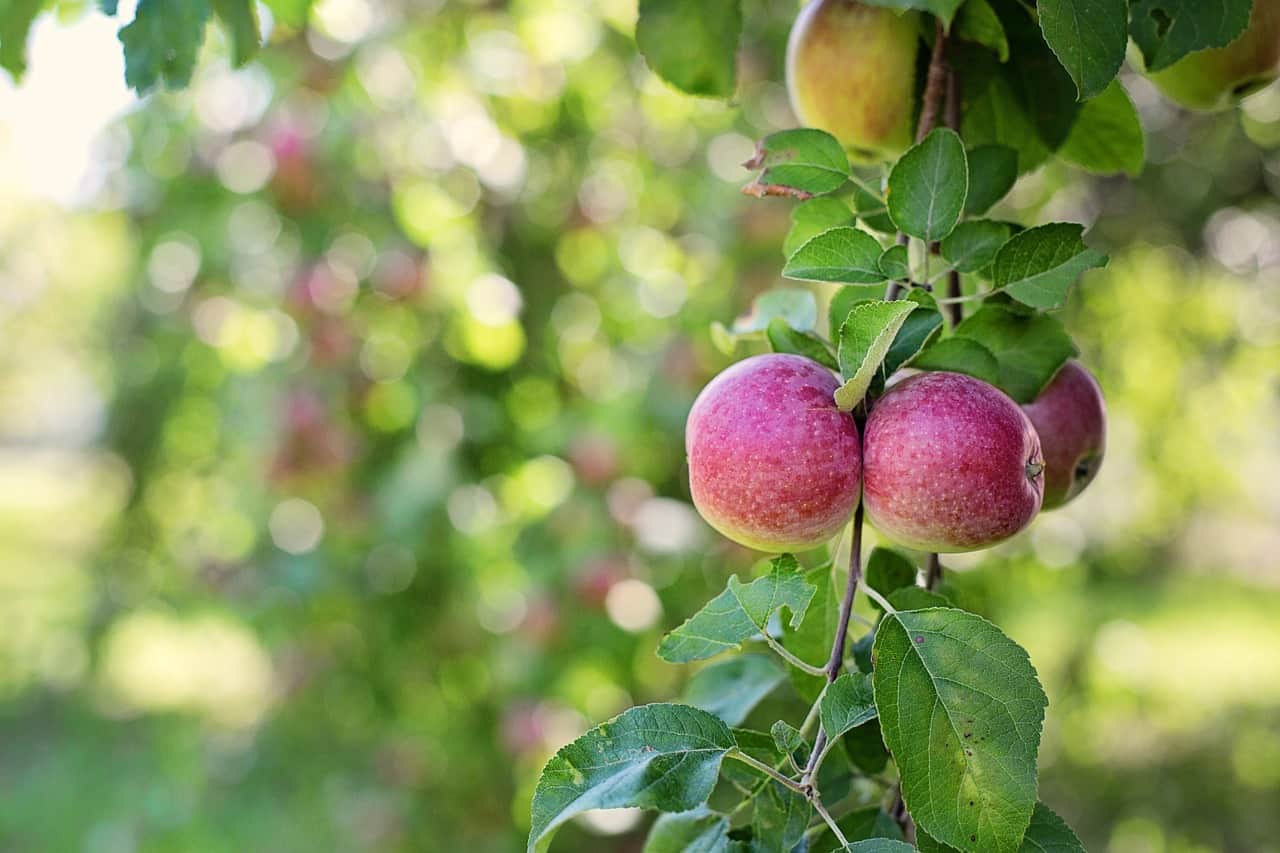