Homemade applesauce in the slow cooker is a simple way to make beautiful, rich, delicious applesauce that not only tastes great, but also makes your house smell delightful! 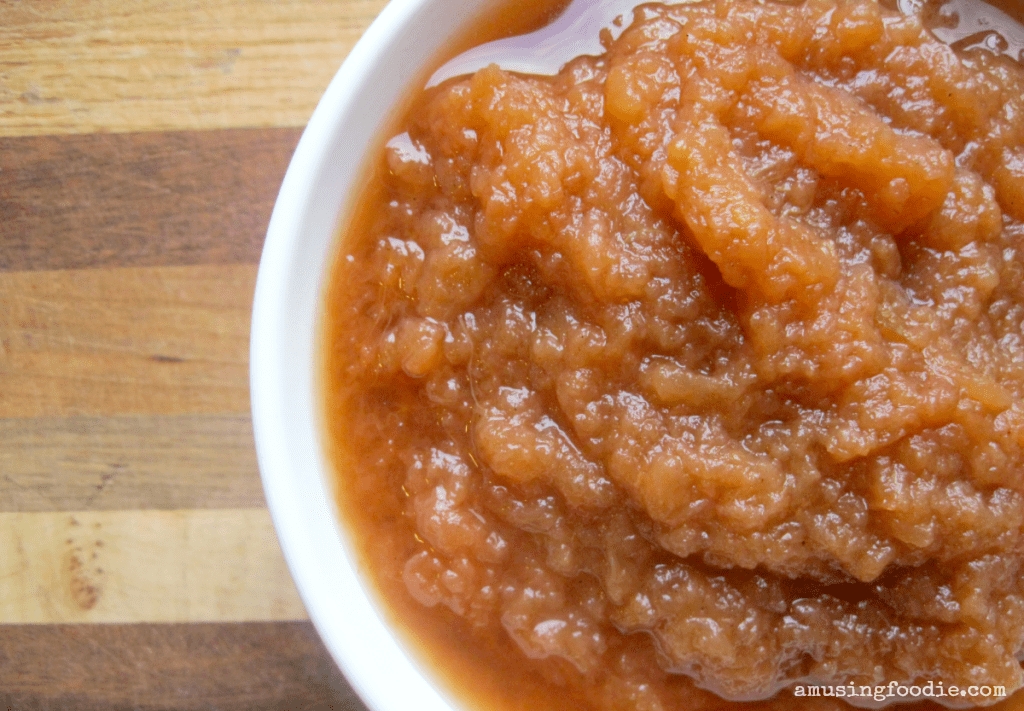 The other day my parents shared a bunch of “seconds” with us from a trip to a local apple orchard.

If you’re wondering what “seconds” are, they’re the fruits and veggies that are too bruised, oddly shaped, or bug-holed to be sold in the “regular” market. 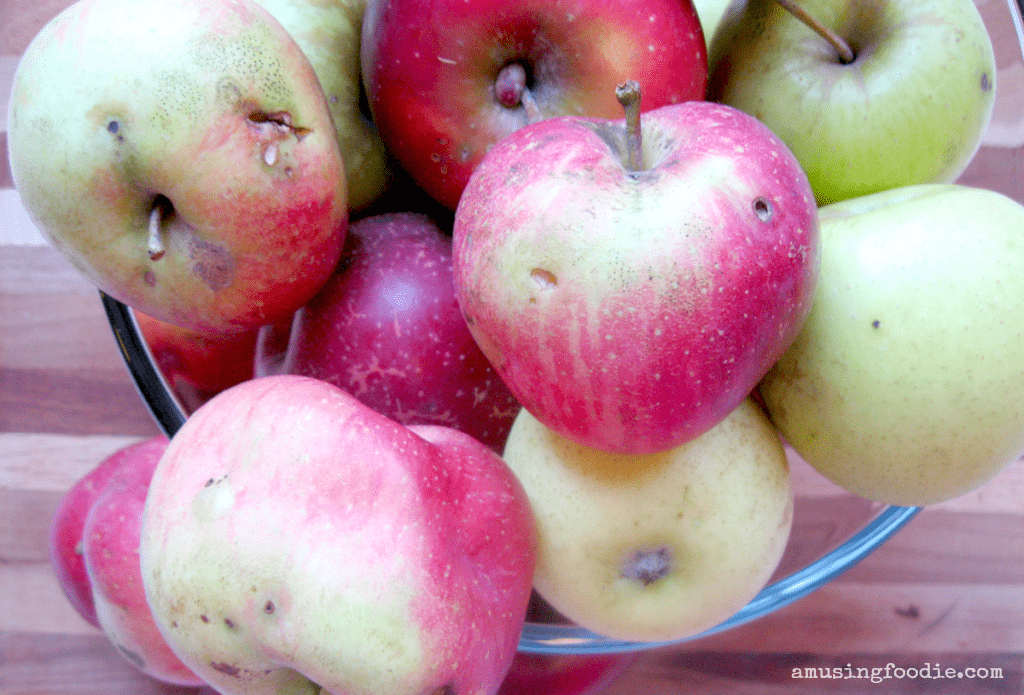 Personally, I love these imperfect fruits because it’s clear to me that pesticides and other unhealthy additives weren’t used.

And, produce doesn’t have to look perfect to taste perfect.

This particular bagful contained nearly 20 apples, and since I didn’t have any other all-day plans for my slow cooker, I thought:

Why not make homemade applesauce in the slow cooker?

This involved lots of peeling and dicing. 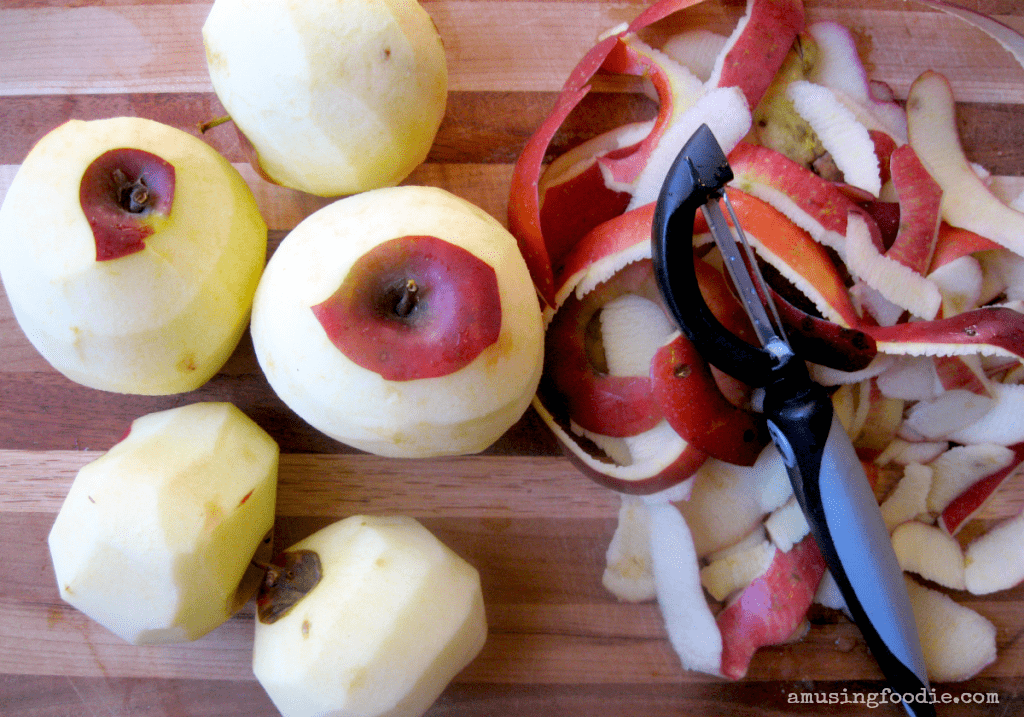 I used all 18 apples that came in the bag. 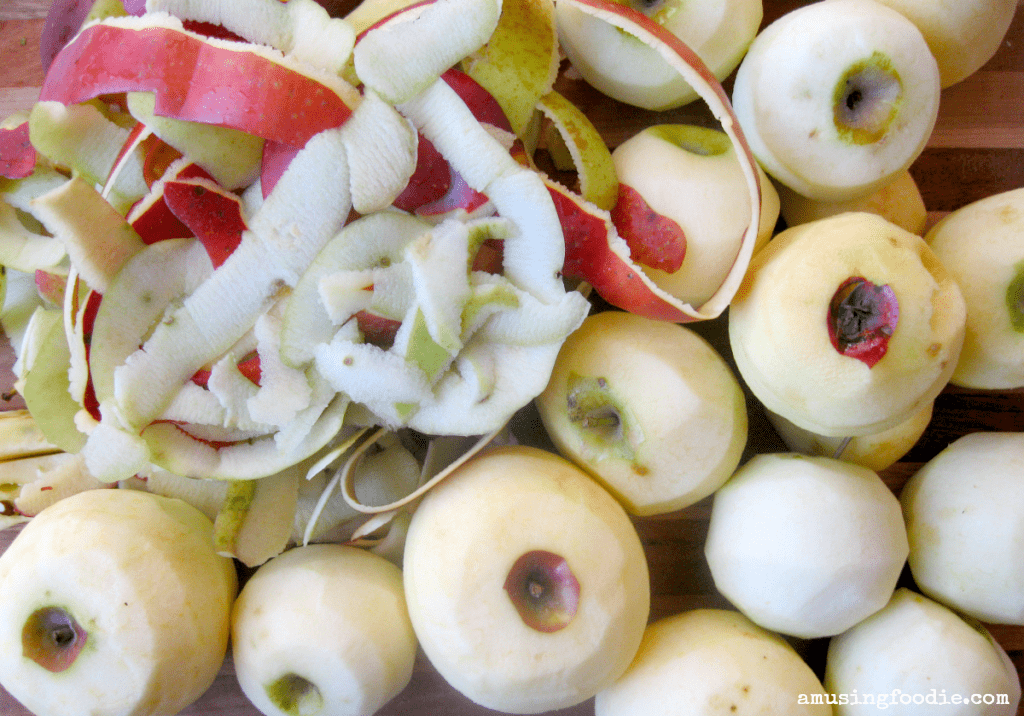 Once ALL the apples were peeled and diced, into the slow cooker they went with lemon juice + zest, cinnamon, brown sugar, cardamom and a little apple cider!

And then they cooked, low and slow. 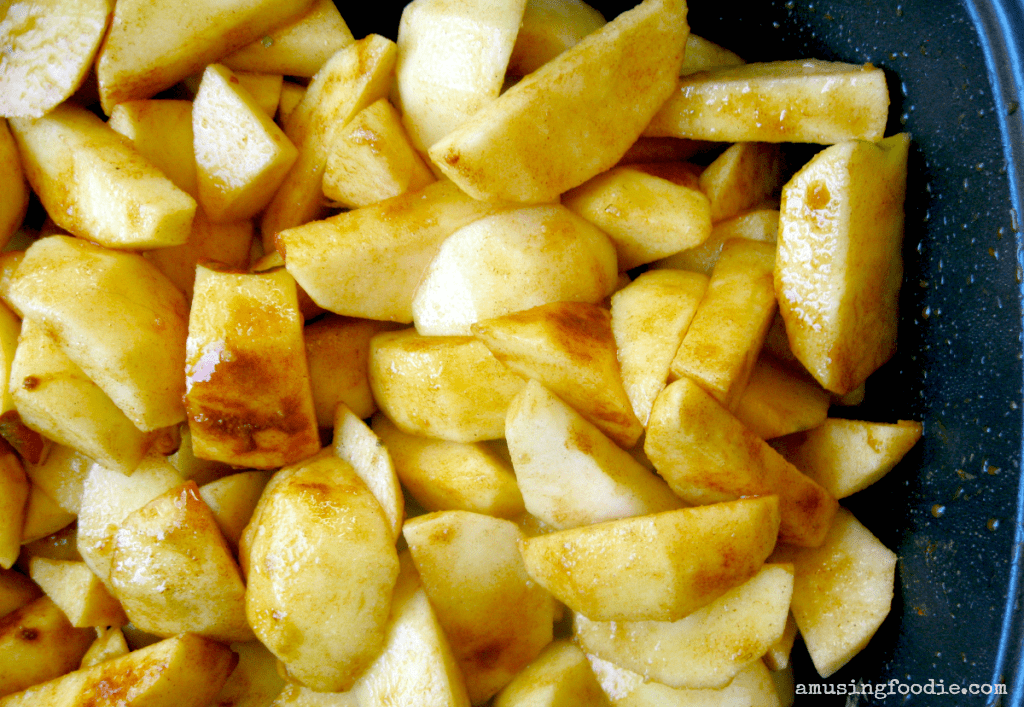 Seven hours later, I was left with apples that were fall-apart-tender and completely transformed into a dark, rich color.

The scent in the house was UNbelievable. 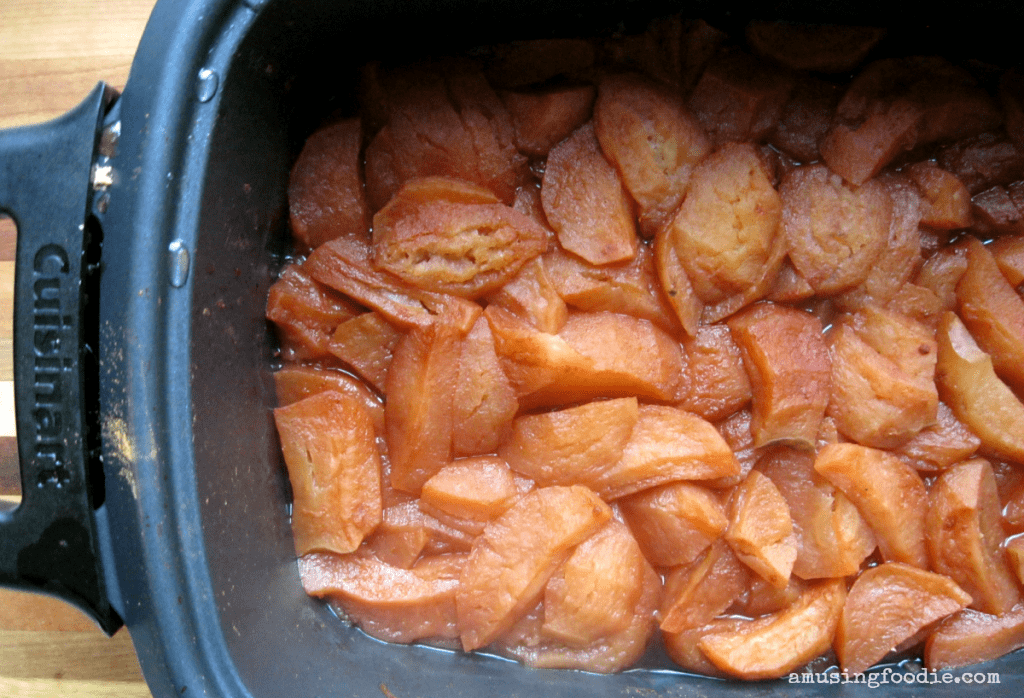 I scooped them out into a large bowl with a slotted spoon because there was a little more juice in there than I wanted in the applesauce.

Then I used a simple handheld metal potato masher to make the applesauce, but honestly, I could’ve just used a fork (that’s how amazingly tender those apples were). 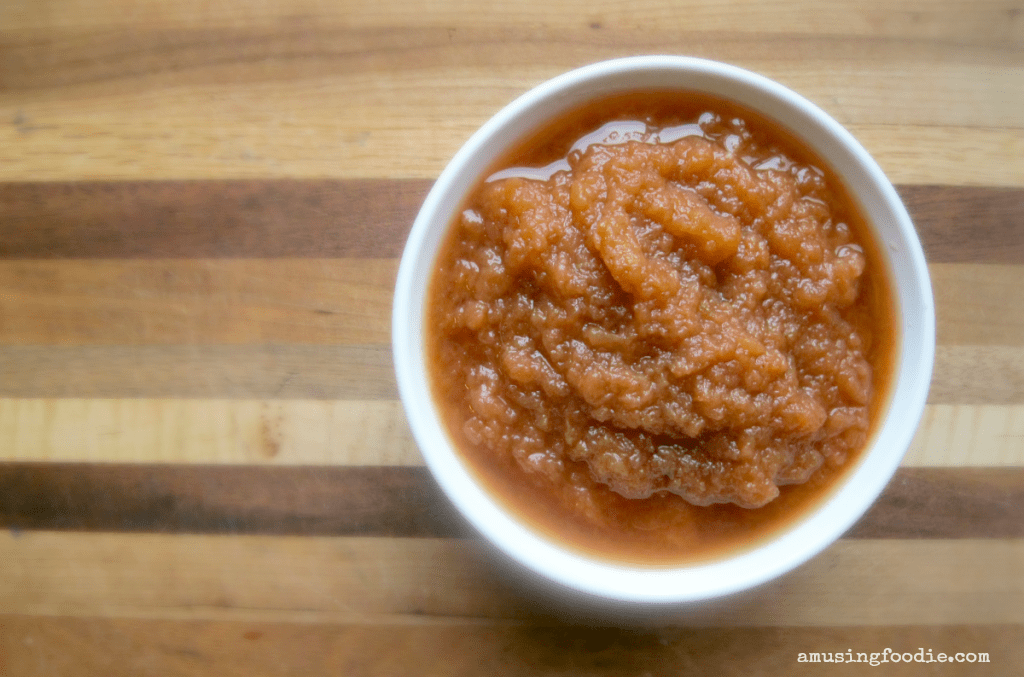 My husband had to try the applesauce before it had even cooled. His reaction?

HOT damn! That’s the best applesauce I’ve ever had. 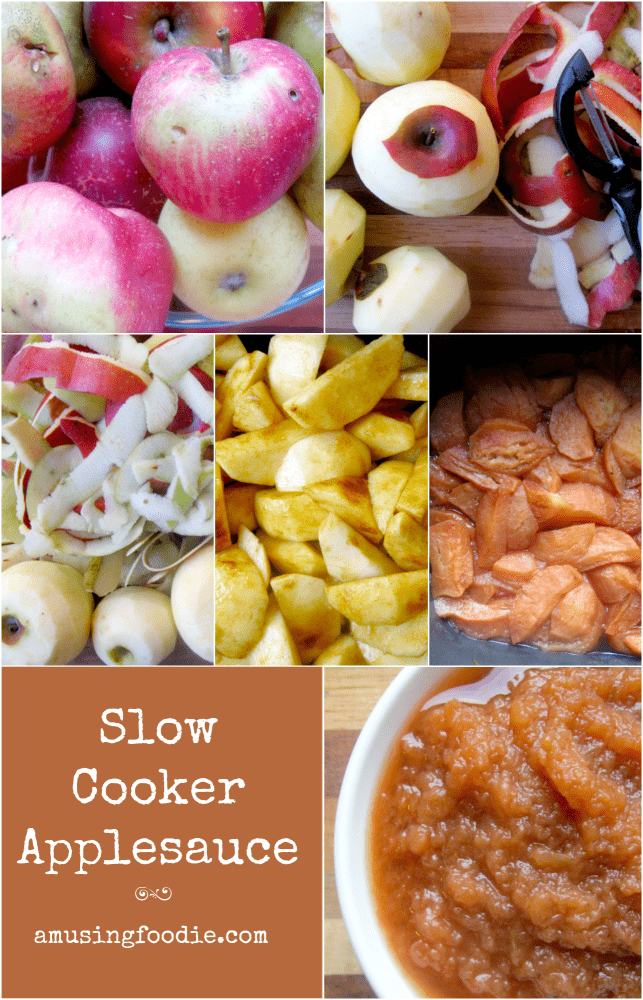 You can use water instead of cider and omit the brown sugar and spices if you want a basic, but still really delicious, homemade applesauce in the slow cooker!