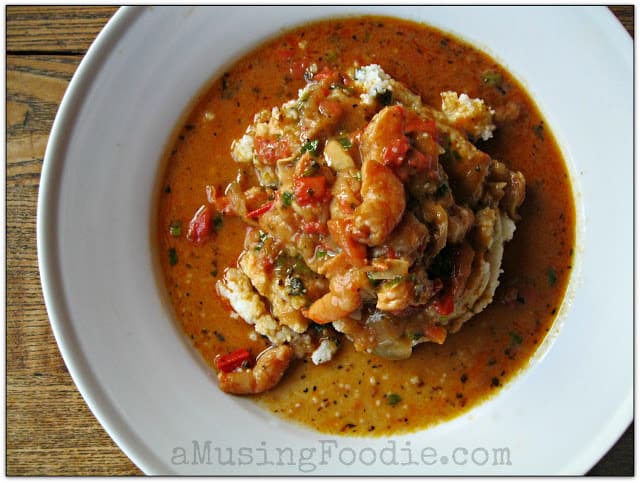 0 shares
A few weeks ago Pop-Up Pantry reached out to see if I’d like to try some of their chef-prepared gourmet dinners.
Up until that email, I’d never heard of Pop-Up Pantry, but I was very much intrigued…. Certainly they can’t be talking frozen TV dinners, right? I’ve never seen that in the frozen food isle at our local grocery store.
Turns out they weren’t, and they’re nothing like a TV dinner.
Pop-Up Pantry describes their dining experience like this:

“Pop-Up Pantry delivers 3-course restaurant-quality dinners crafted by top chefs to your door – for the price of takeout.”

And really it’s a simple process to pick your meal and try it out. Once you’re on the Pop-Up Pantry website you get to choose between 20 or so different menus, all crafted by real chefs, and SOME of those chefs you may recognize from FOX’s MasterChef television show.
Skimming the options, I couldn’t help but pick out one of “have to try everywhere I go” meals: Shrimp and Grits.
Pop-Up Pantry’s Shrimp and Grits with Five Pepper Relish comes complete with everything to make that meal, plus an appetizer (Spinach and Artichoke Dip with a baguette) and dessert (Pear Almond Tartlette). 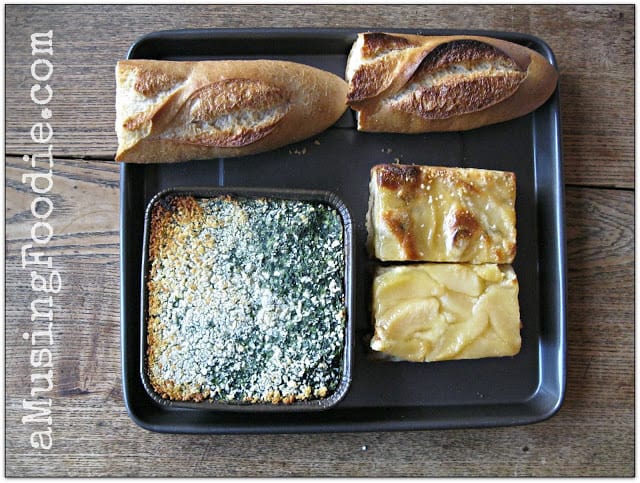 And the prep couldn’t be easier – a little time boiling the packets in water, a few minutes of warming in the oven. Done. 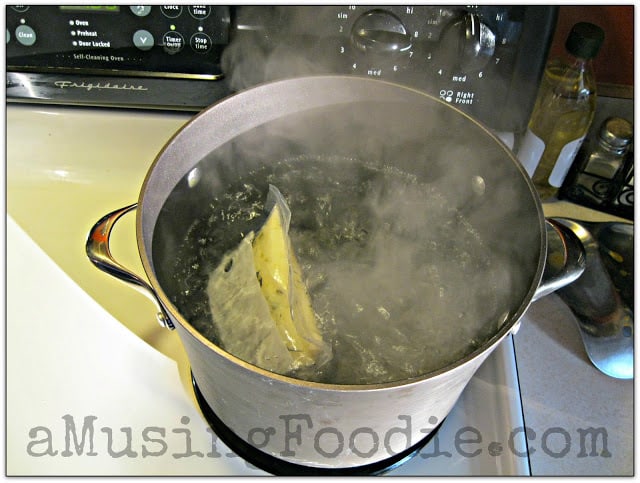 Having said that, I’ll do things a little differently with my next dinner (I also ordered the Lemongrass Salmon Wrapped in Banana Leaf, with Tom Kha Soup (lime-coconut) and Mango Coconut Rice Pudding).
This time I prepared everything while it was frozen, which, by the way, is perfectly acceptable according to the easy-to-follow instructions included in the package. However, after following the suggested cooking times I found things to still be…a little too cold on the inside. So, next time either I’ll boil longer or I’ll thaw things first. One or the other.
It ended up okay – after putting each of our servings together, I nuked them in the {gasp!} microwave for about 30 seconds and they heated through perfectly.

A brief word of warning: The Shrimp and Grits is very, very spicy. This isn’t really a criticism, as there many people who prefer more than a little spice in their meals. But I had a hard time enjoying the meal because my mouth was stinging so badly. And my husband, the man who adds Texas Pete® hot sauce to just about everything? He agreed.
Despite the fire, I could still taste the savory layers of flavor built into this southern favorite, and they were good. Better than take-out, for sure. The shrimp were a little overdone, but didn’t bother me, and I suspect the extra time in the microwave may have been the culprit.
I’m looking forward to seeing how the salmon turns out! And I may or may not be more excited to taste the Mango Coconut Rice Pudding….
Disclosure: Pop-Up Pantry gave me two complete meals at no charge, but all opinions are very much my own. 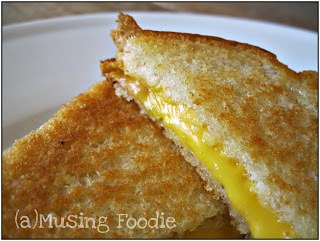 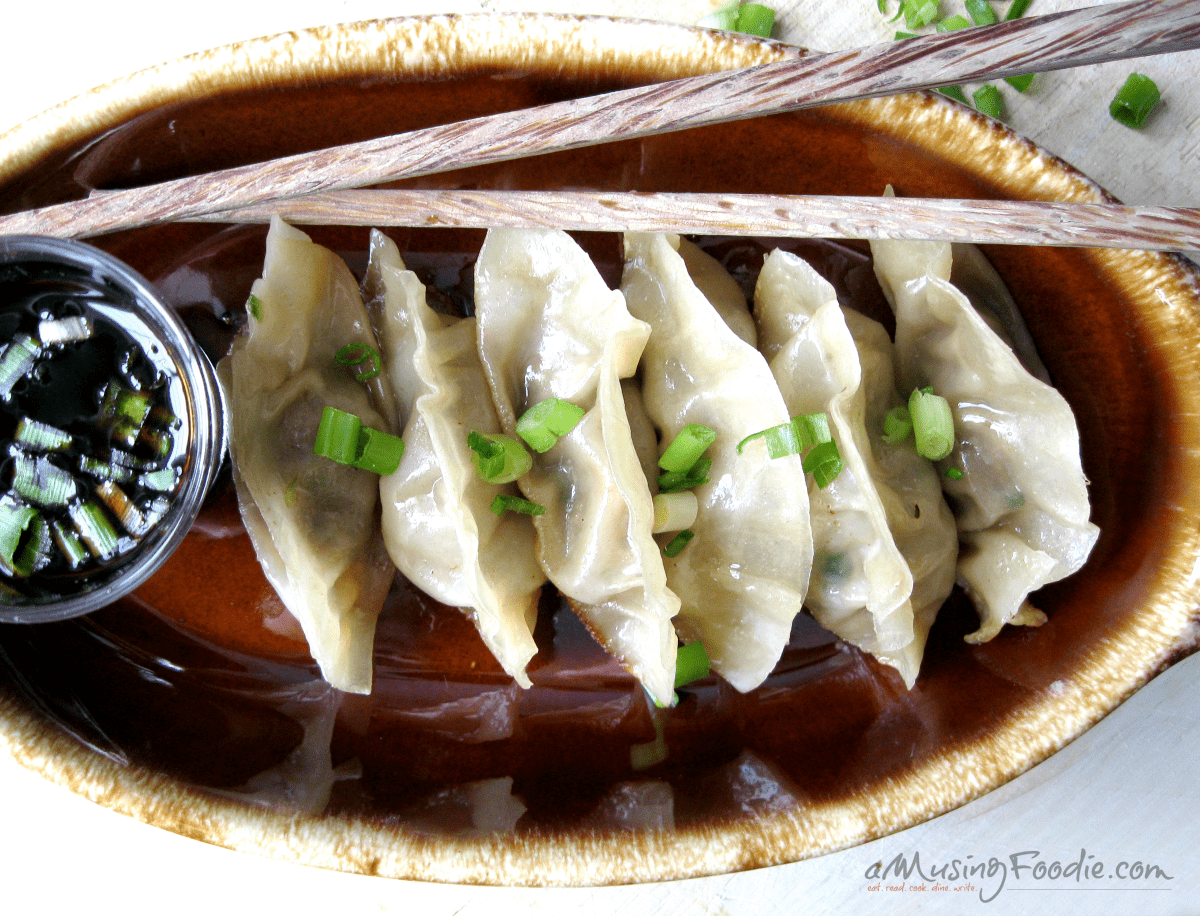 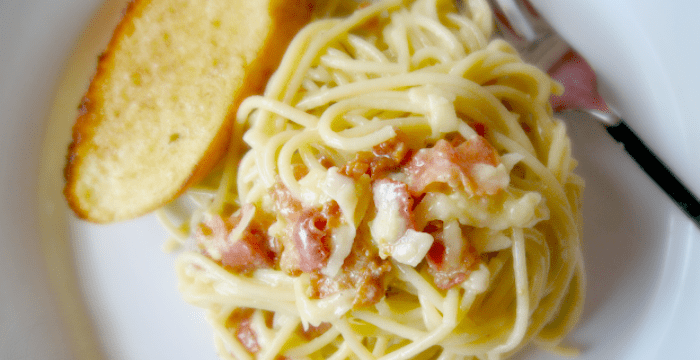